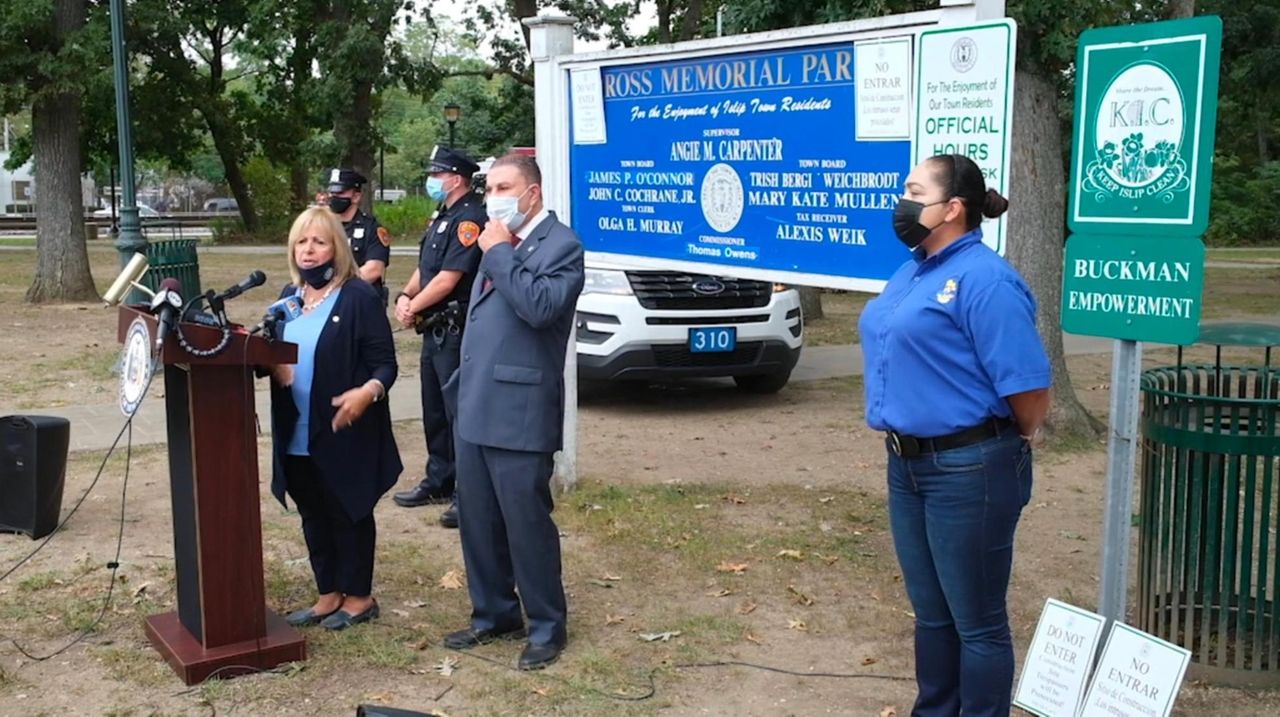 A Brentwood park was closed Wednesday for repairs and improvements after what officials said were years of vagrancy and crime culminating last week in a disturbance that left two Suffolk cops injured.

Ross Memorial Park, a 3-acre expanse on Brentwood Road consisting of lawns, walkways and lamp posts, will undergo renovations that may include a gazebo or stage, as well as fencing intended to limit late-night access to the grounds.

The Town of Islip park has attracted vagrants and become an "open-air drug market," prompting officials to close it until upgrades are completed, town Supervisor Angie Carpenter said.

"Where we are standing here today has become a hotbed of illegal activity," she said during a news conference at the park with Assemb. Phil Ramos (D-Brentwood). "The people who live here ... are afraid to come here."

Suffolk police said four people were arrested on riot and harassment charges and two officers were injured on Aug. 30 when cops responded to a call about a disturbance at the park. Police arrived shortly after 9 p.m. and found 30 people milling in the park and in nearby streets, officials said.

A police news release about the incident said police responded when a 911 caller "reported a large group of people gathered in the area."

The incident was the final straw for town officials, who said Suffolk and Metropolitan Transportation Authority police frequently are called to the park, located next to the Brentwood Long Island Rail Road station.

Ramos said he hopes the improved park will include a stage for shows and concerts. He added that county resources are available for homeless residents and anyone with substance abuse problems.

"We are not just here for lip service. We're not here to just put the hammer down," Ramos said. "We hope to see a bigger, better park for our community."

The park is supposed to close at dusk, but the lack of fencing allows easy access at all hours of the day, Carpenter said. She could not estimate the cost of improvements or a completion date, but said the town has a $650,000 state grant for the project. Renovation work at the park, including new walkways and lamp posts, had begun last year but was not completed, she said.

"We need to clear the park, secure the park and then come in here and do what we need to do," she said.

Carpenter and Ramos both said they would call on county officials to relocate a Suffolk bus stop near the park. Carpenter said the bus shelter attracts people who loiter at the stop.