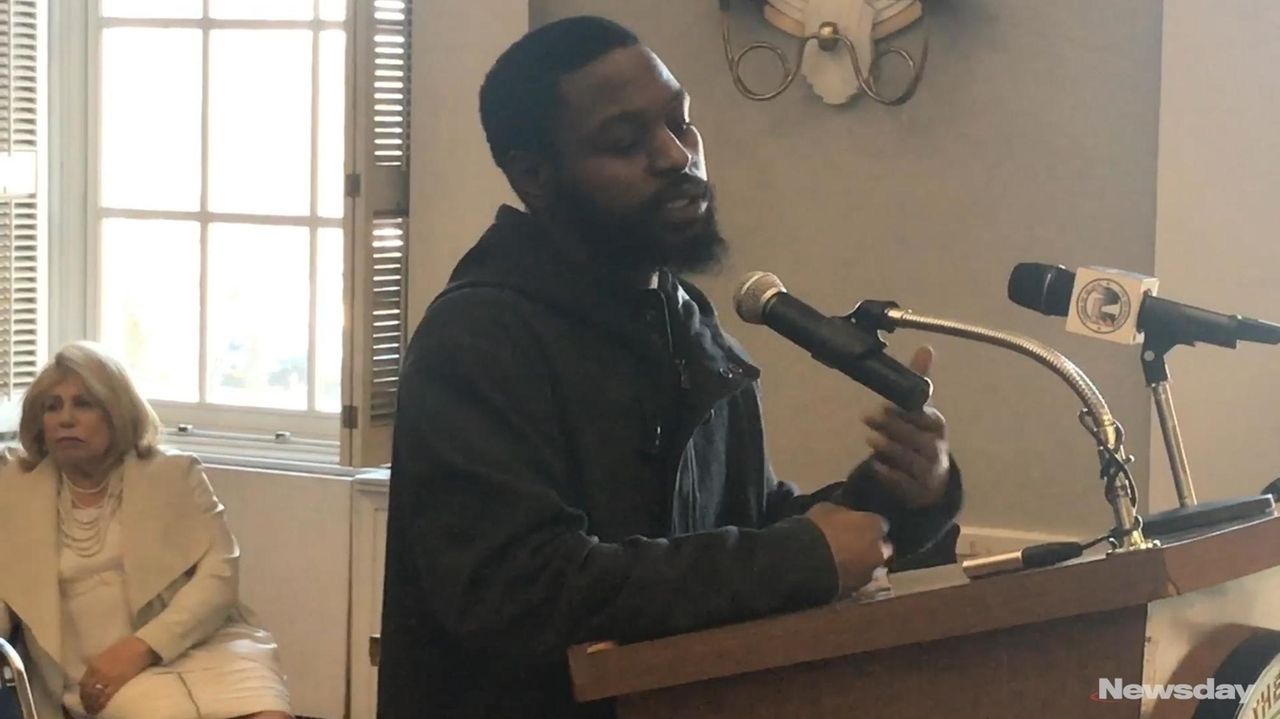 Islip Supervisor Angie Carpenter said this week that the town will build a skate park at Roberto Clemente Park in Brentwood.

The announcement coincided with a demonstration from more than a dozen skateboarders who came from Brentwood to the town board meeting Tuesday to demand a place where youth could skate.

“You will have your skate park,” Carpenter said, drawing cheers from the advocates.

The young adults, all in their 20s or early 30s, spoke out about the informal mentoring that happens between skateboarders when they have a spot to practice, and the sense of community the sport fosters while keeping youth off the streets.

“The youth need to know that you guys support them and aren’t just leaving them out on the streets,” said Francisco Bolanos, 24, of Central Islip. “We are very excited to know that the park is in motion.”

The skateboarders said that the sport has been a positive force in their lives.

“Skateboarding is where I found one of the most supportive groups because whether you bail on a trick or you land it, people will still root you on,” said Christian Simon, 29, of Brentwood.

Parents also spoke out in favor of a skate park, saying that it could play a role in changing Brentwood’s image, which has been tarnished by gang-related crime.

“I want to be able to take my son to a place where we can bond and ride that bicycle or skateboard,” said Kerrin Rodriguez, of Brentwood. “We need Brentwood to become a better place than what it’s portrayed as. There’s got to be more of us than there are the ones who are ruining it for the rest of us.”

Town officials said they have funding set aside for the project, but have not yet finalized details for where exactly the new facility would go, or when work would begin.

“The sooner the better,” Carpenter said after the meeting. “I’m very excited about it . . . I think it’s important for kids in every community to have a safe place to go.”

Carpenter said she and town officials have been working behind the scenes on the project, even visiting a skate park in Northport for research. She said she likes the idea of creating an outdoor space that will help kids stay active and engaged in positive pastimes.

“I think it’s going to be a unifier for the community,” she said.

Advocates said that’s all they’ve been asking for since first appearing at a town hall meeting in last July.

“You’re seeing gangs and violent activity (in Brentwood), and I feel like if we had more positive places for younger kids to go to, we could take back our children,” said Jessica Jones, a lead organizer calling for the skate park. “Instead of being bored and hanging out in the street, go out and exercise, learn how to skate. That’s the goal . . . to give the kids in this town something positive to do.”