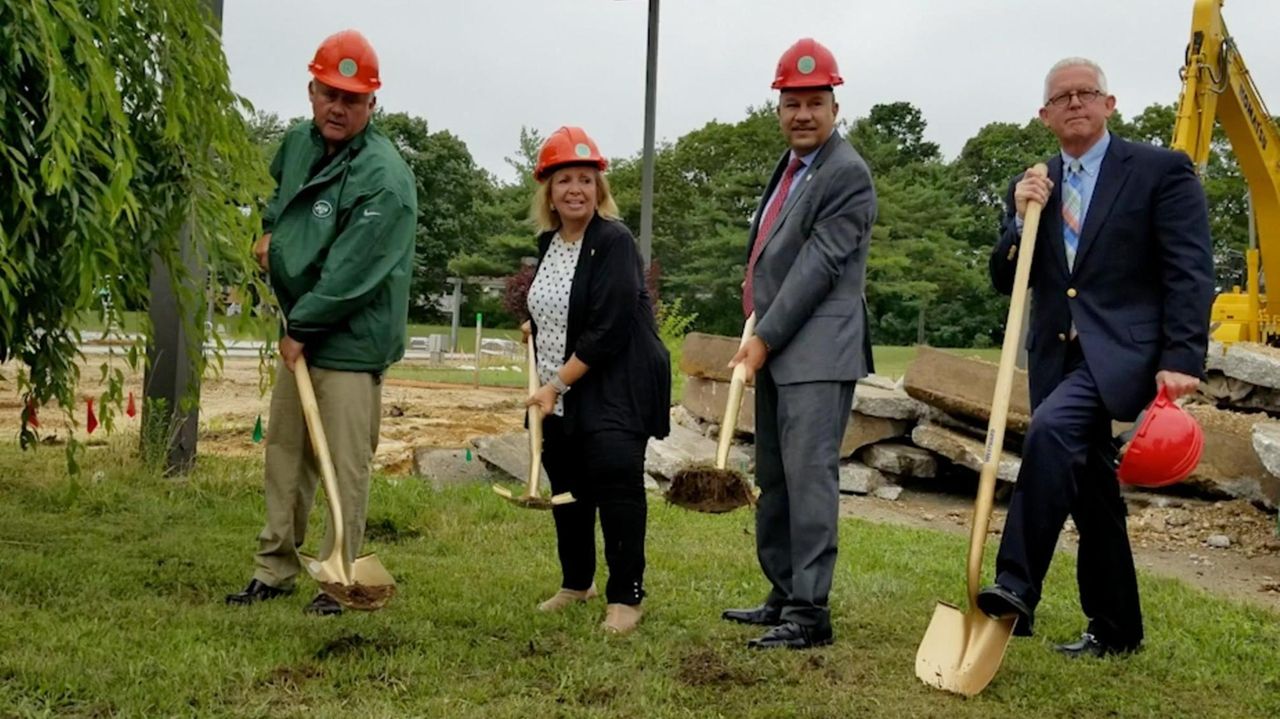 Officials broke ground on a $2 million spray park at Brentwood’s Roberto Clemente Park Wednesday while the adjacent pool remains behind schedule for reopening, nearly six years after being closed.

Islip Town employees started excavating an existing kiddie pool and dive pool to make way for the spray park, which will include 30 water features, officials said.

Officials could not provide an estimated opening date for the spray park or the pool, saying that they hope the pool will be finished by the end of the summer and the spray park sometime next year.

“I share the same frustration as many people in our community,” said Assemb. Phil Ramos (D-Brentwood), who secured funding for the spray park. “Government doesn’t work as fast as we would like it to.”

The pool closed after the summer season in 2012 because of budget cuts. Officials pledged to reopen it by summer 2014, but the plan was delayed by the discovery that year of nearly 40,000 tons of contaminated debris that had been illegally dumped in the park.

Pool reconstruction started in fall 2017. While officials announced it would be open by this summer, it was in worse shape and required more work than anticipated, they said.

Brentwood resident Frantz Saint-Louis said his three kids are always asking when the pool will be ready.

Workers are finishing up concrete and tiling at the pool, said Supervisor Angie Carpenter. The spray park excavation was planned at a time when it would not damage the pool's finishing touches, she said.

“Trust me, we want it to be done like now,” she said of the park improvements.

The excavation, being undertaken by town employees instead of contractors to reduce costs, is expected to take less than a week, officials said. The site will then be fenced off for safety until construction begins.

A bid for construction is to be advertised Thursday and will likely be awarded in early fall, officials said.