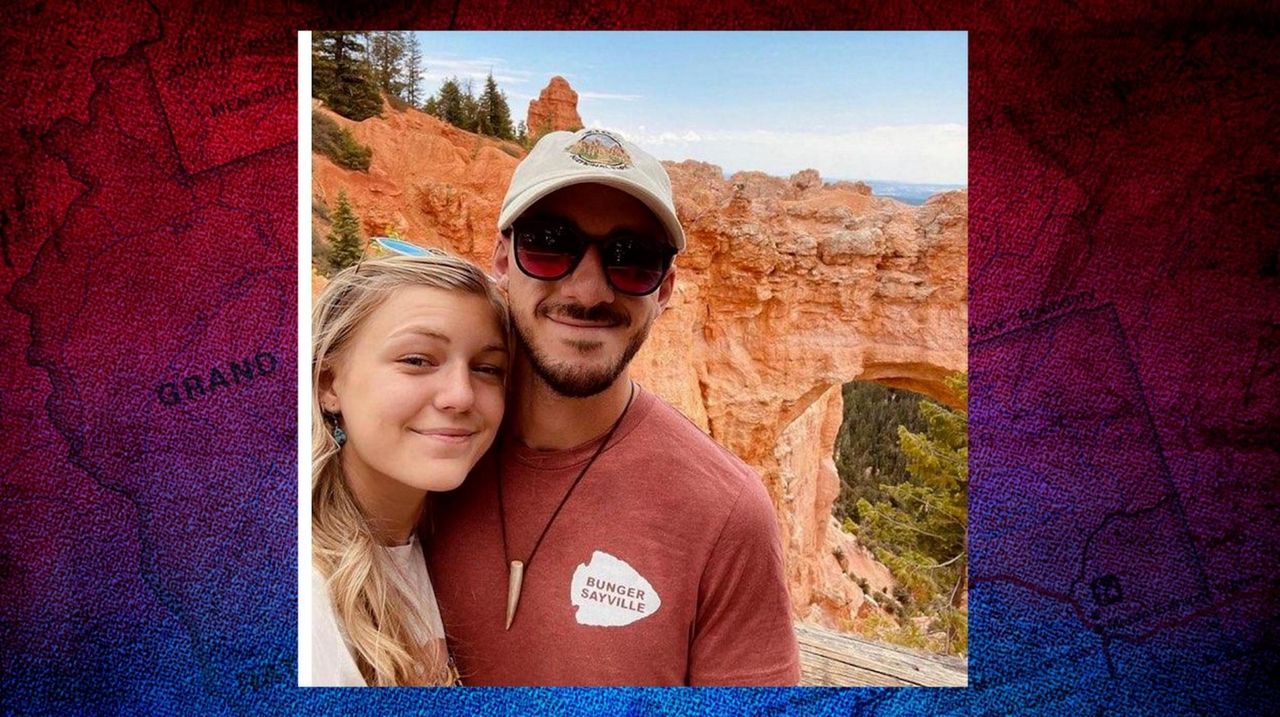 Brian Laundrie, the person of interest in the homicide of his fiancee and Blue Point native Gabrielle Petito, shot himself in the head in a death that has been ruled a suicide, a Florida medical examiner's office and the family’s attorney said Tuesday.

"Chris and Roberta Laundrie have been informed that the cause of death was a gunshot wound to the head and the manner of death was suicide," Laundrie family attorney Steven Bertolino said in a statement. "Chris and Roberta are still mourning the loss of their son and are hopeful that these findings bring closure to both families."

The District 12 Medical Examiner's office, which covers Sarasota County, Florida, said in a statement that the determination on cause and manner of death had been made through "consultation with a forensic anthropologist including skeletal reconstrv .uction."

The medical examiner's statement said it had done a complete examination of the skeletal remains, confirmed the identity of the remains as Laundrie through dental records and DNA analysis, and also consulted with a forensic odontologist.

Bertolino, for the first time Tuesday, said the Laundries noticed a pistol was missing from their home on Sept. 17, when they filed a missing persons report on their son. Bertolino said both Brian and Chris Laundrie owned firearms. Bertolino said he has no information from law enforcement on whether that gun was used in the suicide or whether it has been recovered.

"I’m going to suspect that law enforcement knows the make, model and brand that was missing," Bertolino said. "And only they can confirm if it’s the same weapon."

The FBI, the lead agency in the investigation, did not respond to a message seeking comment Tuesday.

Bertolino said the parents did not know at the time the make and model of the missing firearm. Bertolino said police gave him an invoice with 10 guns. The firearms that were taken by police have since been returned to the Laundries, he said.

"When the police came to the house on the 17th, we voluntarily surrendered all the guns that Chris and Brian owned so that there would be no issue that there were guns in the house at any time going forward," said Bertolino. "While we were showing law enforcement where the guns were, one of the pistol cases was empty. Law enforcement took the guns that were there, gave us a property receipt, and that was it."

Bertolino said he didn't previously disclose that a firearm was missing from the Laundrie home because neither the family nor law enforcement wanted that information to be made public.

The medical examiner's statement did not include Laundrie's presumed date of death, but said the FBI had requested the written autopsy report not be distributed publicly until the close of its investigation.

"In accordance with Florida Statutes, and at the request of the Federal Bureau of Investigation, these reports and other information pertaining to the medical examiner investigation of Mr. Laundrie's death may not be made public or released until the law enforcement investigation is complete," the statement said.

Richard Stafford, the attorney for Petito's family, said in a statement Tuesday that the family had been asked not to comment until the FBI completes its investigation.

The remains of Laundrie, 23, were found Oct. 20 in a Florida nature reserve he frequented — a month after the remains of his fiancee Petito were found in a Wyoming national forest. Petito, 22, died by manual strangulation.

Laundrie was not charged in Petito's homicide, but authorities had issued a federal arrest warrant alleging he charged more than $1,000 on Petito's debit card after her death.

Laundrie and Petito left Long Island in July on a cross-country road trip and stopped at several national parks on their way to Portland, Oregon. The couple got into a physical altercation in mid-August in Utah, where police investigated domestic violence allegations, but no charges were filed. Petito last communicated with her family in late August.

Laundrie returned alone in Petito’s van to their North Port, Florida, home on Sept. 1. After her family reported her missing 10 days later, Laundrie refused to speak to police.

Laundrie left his home on Sept. 13 to go hiking at the T. Marbry Carlton Jr. Memorial Reserve and Myakkahatchee Creek Environmental Park and never returned. Authorities in Florida searched the then-waterlogged area for several weeks using drones and police dogs, but it wasn’t until the reserve reopened to the public and Laundrie’s parents started searching in the presence of law enforcement that Laundrie’s skeletal remains, along with a backpack and notebook, were found.

Police: DNA analysis to be performed on Brian Laundrie's remainsIn a statement released on Twitter, the North Port, Fla., Police Department said it had received "a number of inquiries Tuesday about a false report of DNA not matching Brian Laundrie." Florida police mistook Brian Laundrie's mother for him, news report saysNorth Port police acknowledged in an interview with WINK-TV that they mistook Laundrie's mother for him while running surveillance on the now-deceased "person of interest" in the killing of Blue Point native Gabby Petito. Brian Laundrie's remains to be examined by anthropologist, family attorney says"The cause and manner of death have not been determined and the remains were turned over to an anthropologist for further review and examination," East Islip lawyer Steven Bertolino said Friday. FBI: Remains found are those of Brian LaundrieThe identification of his skeletal remains came just a day after they were found, along with Laundrie's backpack and a notebook, off a trail. Laundrie, Gabby Petito's former fiance, was a "person of interest" in her homicide.