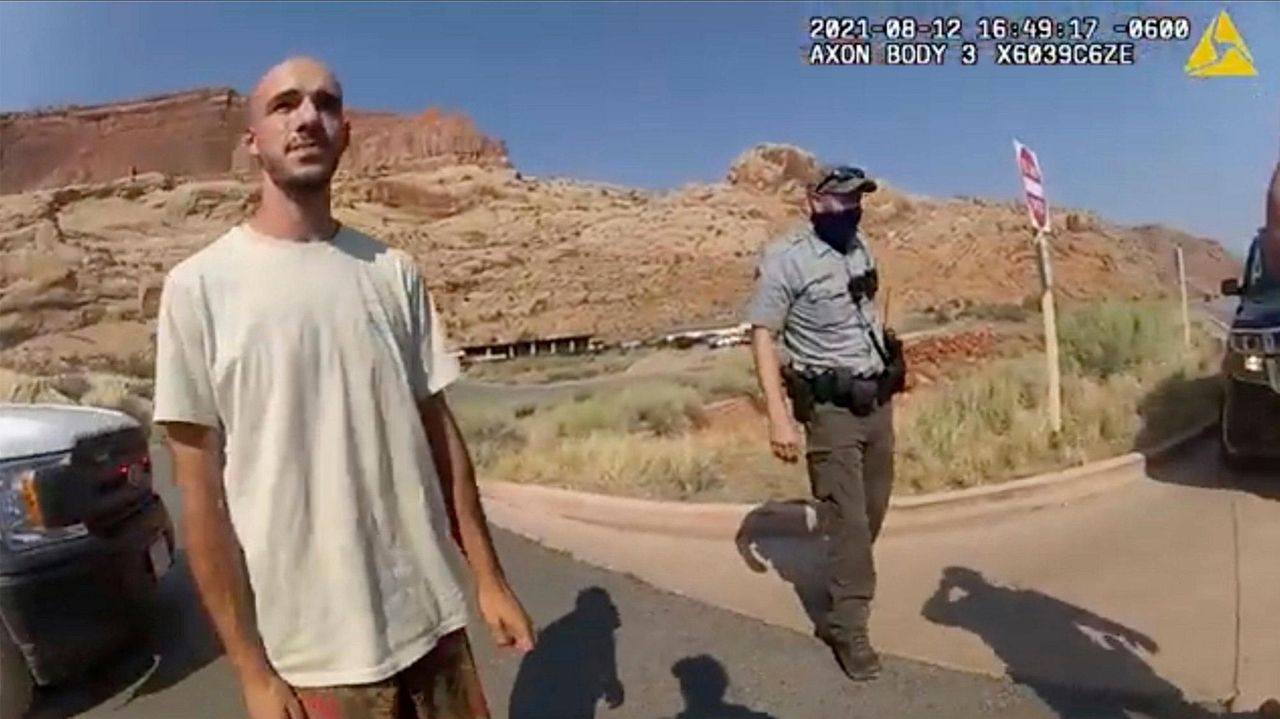 Two days after the discovery of Brian Laundrie's remains, the attorney for the Laundrie family said he's been told that no cause and manner of death has been determined and that Laundrie's remains are being turned over to an anthropologist for further review. Newsday's Cecilia Dowd reports. Credit: Kendall Rodriguez; YouTube/Nomadic Statik ; WFTS-TV; Utah police

Brian Laundrie’s skeletal remains will be examined by an anthropologist in order to determine the cause of death for the 23-year-old "person of interest" in the strangulation killing of his former fiancee Gabrielle Petito, the Laundrie attorney said.

"The cause and manner of death have not been determined and the remains were turned over to an anthropologist for further review and examination," East Islip lawyer Steven Bertolino said Friday.

After a five-week-long search for Laundrie — who went missing last month as law enforcement sought to speak to him about the disappearance of Blue Point native Petito, 22 — his remains were discovered, along with his backpack and notebook, inside a vast wildlife reserve near his Florida home Wednesday. The FBI said Thursday it had positively identified the remains as Laundrie through dental records.

Bertolino said Laundrie’s parents — Roberta and Chris Laundrie, who were in the reserve with law enforcement when their son’s remains were found — are grieving privately.

"They’re still quite upset, but they’re getting through it," said Bertolino. "When the remains are returned to them, they’re going to be cremated and the family will have a private ceremony."

Bertolino, in an interview, also provided new details about Laundrie’s emotional state before he went missing and his parents’ cooperation with law enforcement. The FBI discussed the possibility of unspecified criminal charges against the Laundries in the last several weeks, but no charges were filed, he said.

"Everyone’s been blaming the parents and assuming the parents have been helping in some way, you have to understand the FBI is looking at different angles and different perspectives," said Bertolino. "When all is said and done, I do not believe charges will be filed."

The FBI did not respond to a message seeking comment Friday.

Laundrie, who disappeared on Sept. 13 after telling his parents he was going hiking at the Carlton Reserve in Florida, was indicted in September for bank card fraud in connection with the alleged theft of Petito’s debit card after her homicide. Laundrie has not been charged in Petito’s killing.

Petito’s remains were found in a national forest in Wyoming on Sept. 19. She died by manual strangulation, according to the local coroner. Laundrie and Petito were on a cross-country trip when she stopped communicating with her family in late August. Laundrie returned home to Florida alone in his fiancee's white van on Sept. 1 and after she was reported missing by her mother 10 days later, the young man refused to speak to police. Petito’s family has also said the Laundrie parents ignored their calls and text messages seeking information on their daughter.

On Sept. 13 — the day Laundrie’s parents said they last saw him alive — Laundrie was "very upset … quite distressed and out of sorts," when he left home to go hiking in the reserve, Bertolino said.

"The truth is, he was not doing well," said Bertolino. "He was sad. He was upset. And when he left, Chris had said, ‘I wish I didn’t let him go out the door, but I couldn’t stop him.’ "

Bertolino said he doesn’t know specifically what Laundrie was upset about.

Asked if Laundrie’s parents will now speak to the FBI about the investigation into Petito’s homicide, he said: "The FBI informs me that they are good if the Laundries want to talk, they’re open to talk."

FBI: Remains found are those of Brian LaundrieThe identification of his skeletal remains came just a day after they were found, along with Laundrie's backpack and a notebook, off a trail. Laundrie, Gabby Petito's former fiance, was a "person of interest" in her homicide.