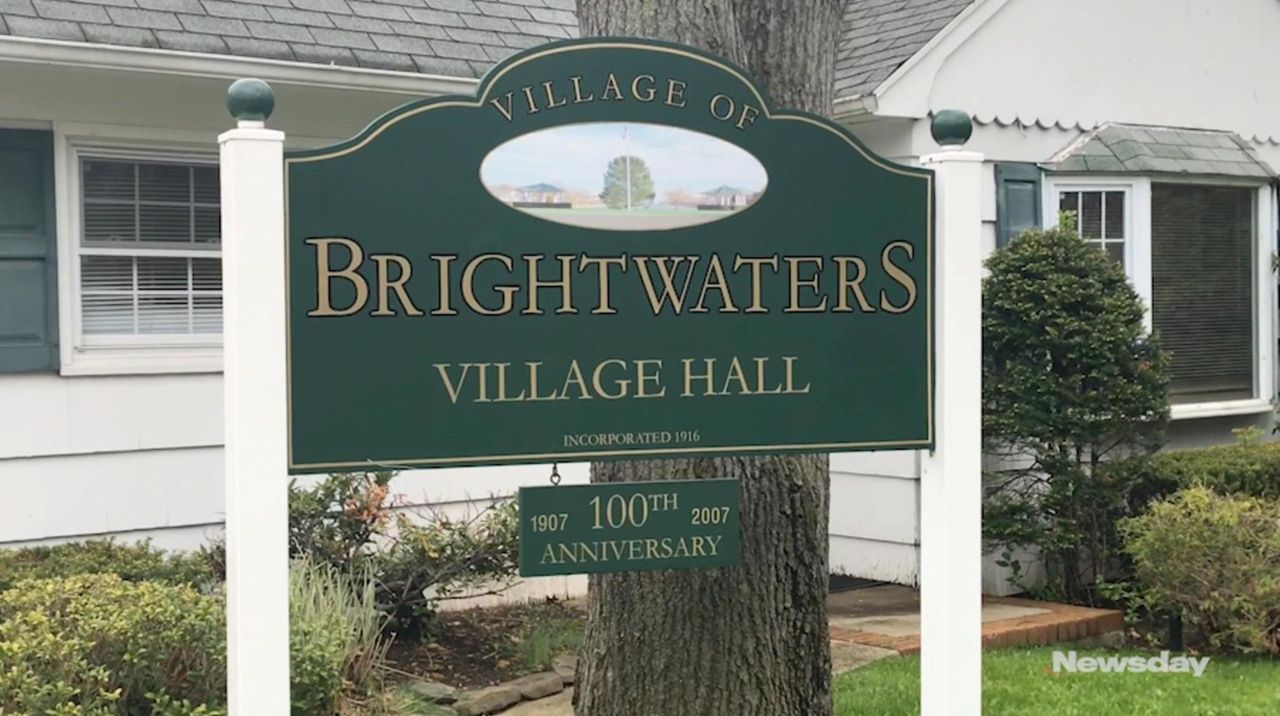 Brightwaters Planning Board member Craig Low, who is president of Great Bay Communications, talks about a report he put together on the village's future infrastructure needs.  Credit: Newsday / Antonio Planas

A report commissioned by the Brightwaters Village Board identifies more than 60 capital projects and major expenses that the community could undertake — at a price tag of $4.92 million.

The board in October approved a $55-per-hour contract for Planning Board member Craig Low, who has an educational background in municipal planning, to put together a report called the “Village of Brightwaters Capital Improvements Projects Inventory.”

“The scope of the project was to identify any and all capital projects that the staff and the board of trustees could possibly identify looking into the future,” said Low, president of Great Bay Communications, based in Brightwaters.

Brightwaters Mayor John Valdini said the inventory plan is important because it allows him and the village board to prioritize projects while also targeting specific grants.

“For many years, people talked about doing the report. We felt it was time to get it done,” Valdini said. “Brightwaters has many projects, aging infrastructure areas. Everyone had the information in a drawer here, in a drawer there. The goal was to get everything on one piece of paper, so the residents know what we have to deal with. If you’re looking to pay for it all at once, it’s never going to happen. The report gives our board something to work with, it gives future boards something to work with.”

Of the $4.9 million, the report identifies $2.33 million associated with replacing a Department of Public Works fleet for $750,000 over the next five years, $549,000 for a new DPW garage and maintenance facility, and three years’ worth of road paving for about $1 million.

But the biggest cost that the report identified is the village’s draining infrastructure, which is mostly outfitted with the original steel and clay piping installed 80 years ago. Replacing the system could be “in the millions of dollars” the report said. It advised other ways to cut down costs of future repairs, including increasing street cleaning from once a year to four times a year, to limit debris from clogging the drains. This means the village would have to increase its street-sweeping budget from $12,500 to $50,000 a year, the report said.

Valdini said it was a prudent move to hire Low, who had village know-how and came at a substantially lower cost than competitors.

“I had a professional person do a professional job. It just so happens he was on the planning board. It saved us a tremendous amount of money by having someone involved who is in the village,” he said.

Low is one of five members of the village’s planning board, an unpaid position he was appointed to by former Mayor Joseph McDermott. Low was paid $5,967 to complete the report, which was posted on the village’s website,  villageofbrightwaters.com, in late March.

Paul Wernersbach, president of the Brightwaters Business Association, said the report was necessary.

"I'm a great believer in always having a Plan B and a wish list," he said. "Having those two things together, gives us something to strive for."

Other costs identified in the report: