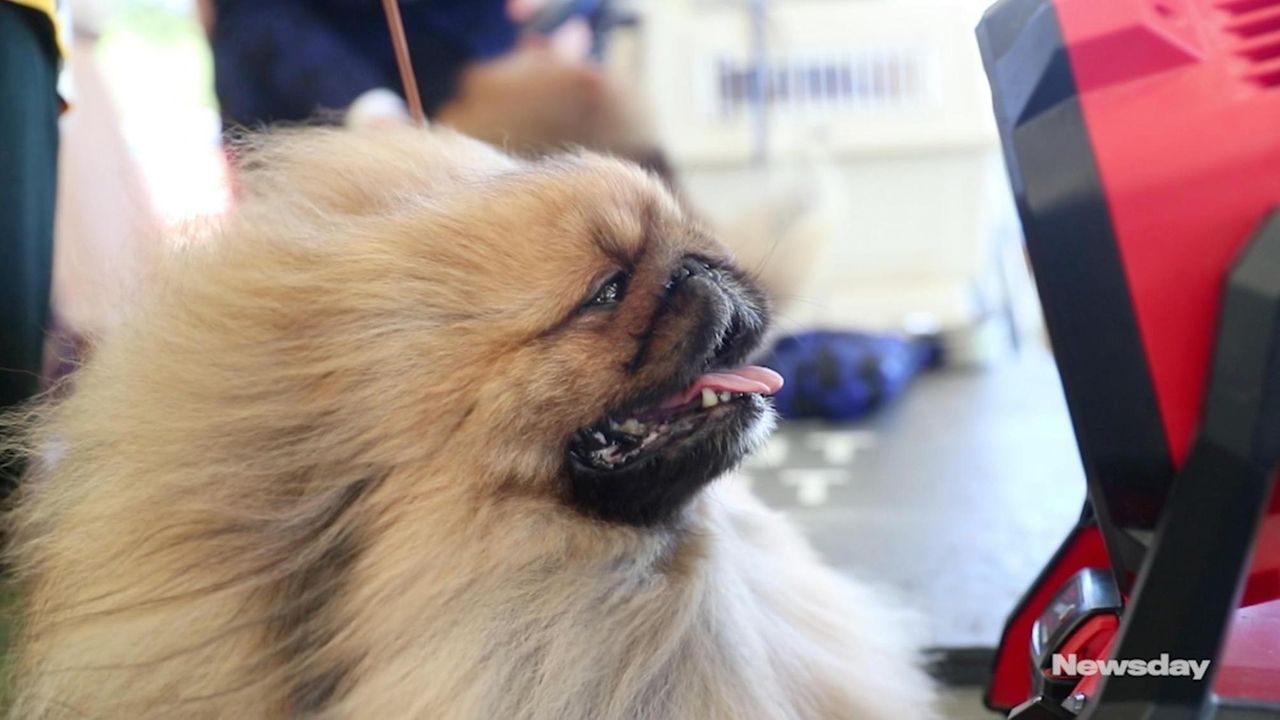 Finding their own ways to beat the heat, dog owners from around the nation gathered Saturday in Middle Island to show off their prized pets at the Brookhaven Kennel Club’s annual All-Breed Dog Show.

Hundreds showed up at Cathedral Pines County Park for the show,  an all-outdoor event that featured more than 450 dogs and 150 different breeds, from golden retrievers to poodles, Mexican hairless to Labrador retrievers, among others, according to event organizers.

For Jessie Barringer,  29, of Houston, he and his prizewinning male Pomeranian named Dilly had a huge day, winning Best in Show. Barringer, a professional dog handler, was thrilled to win at his first time in the Brookhaven show.

“It feels amazing, thrilling,” Barringer said. “It’s hard to win with a toy dog, especially with this heat and in the grass. So it’s really special. He’s a once-in-a-lifetime dog.”

To help keep Dilly cool in the 80-degree heat and humidity, Barringer said he relied largely on cool mats — popular heat-absorbing pads for pets to lie on; several dog owners at the show used them to help their dogs.

When the dogs weren't competing, they and their owners were in the shade of a large tent.

As he waited his turn at one of the day’s competitions, Roger Johnson of Parsippany, New Jersey, who was there with his female Irish wolfhound, Kelt, said managing the heat was the key in outdoor events.

“You got to keep up with the dogs so the heat doesn’t get to them. I’m going to take her back to the van and douse her a little bit later,” Johnson said.

Burton, a member of the Brookhaven Kennel Club, said they were enjoying the day as they competed in the bull mastiff competition and several other contests. “Heat doesn’t seem to be bothering her. She’s her own worst enemy today,” Burton said with a chuckle.

Joanne Nisbeth, 60, of Mahopac, and her female white terrier, Lily, were keeping cool with nearby fans. Lily won Best in Breed and fourth place in the Variety Group.

“She’s fine in the rain and the heat; she just loves to show,” said Nisbeth, who goes to dog shows every weekend.

Nisbeth, who came with fellow members of the West Highland White Terrier Club of Greater New York, said she loved to be around people who shared the same passion for dogs that she has.

“We’re all crazy people,” Nisbeth laughed. “It’s addictive to me, and since I’m retired now, I can enjoy it.”