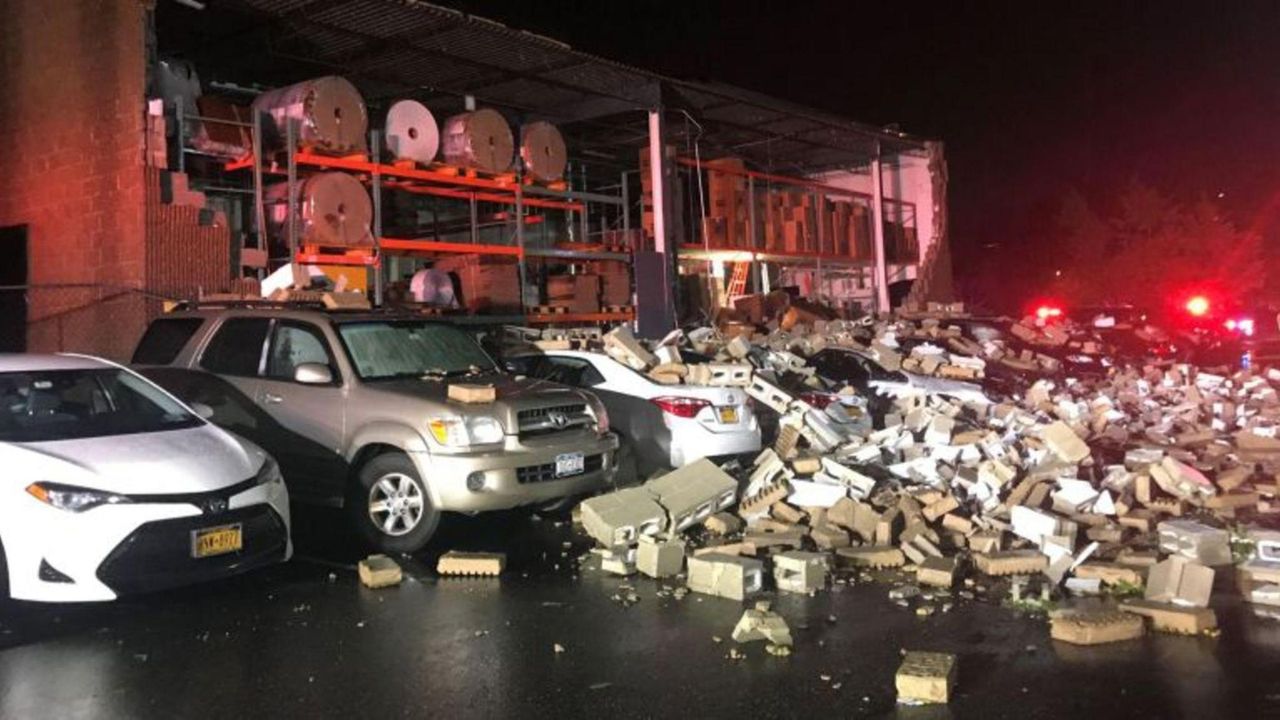 Part of an East Farmingdale warehouse, the Maxus Worldwide Nutrition building on Executive Boulevard, collapsed onto parked vehicles Thursday night, authorities said. The cause of the collapse was not immediately known. Credit: Paul Mazza

No one was hurt in the collapse Maxus Worldwide Nutrition at 50 Executive Blvd. when a roll-down aluminum garage door buckled at about 9:35 p.m. and winds roared into the building, officials said.

A photo from the scene showed a major pile of cinder blocks covering a row of parked cars and the parking lot, along with storage tiers of boxes and other massive equipment exposed in the collapse.

A police K-9 unit and firefighters with thermal imaging cameras searched for victims in the vehicles and rubble, but no one appeared to have been injured, Suffolk police said.

Babylon Town inspectors believe the wind was a main factor in the collapse. The National Weather Service estimated that gusts may have been as high as 60 mph.

Town building inspectors and the fire marshal's office examined the site Friday, said Babylon Town spokesman Kevin Bonner. "It is not safe for anybody to be inside," he said, "so it's shut down now."