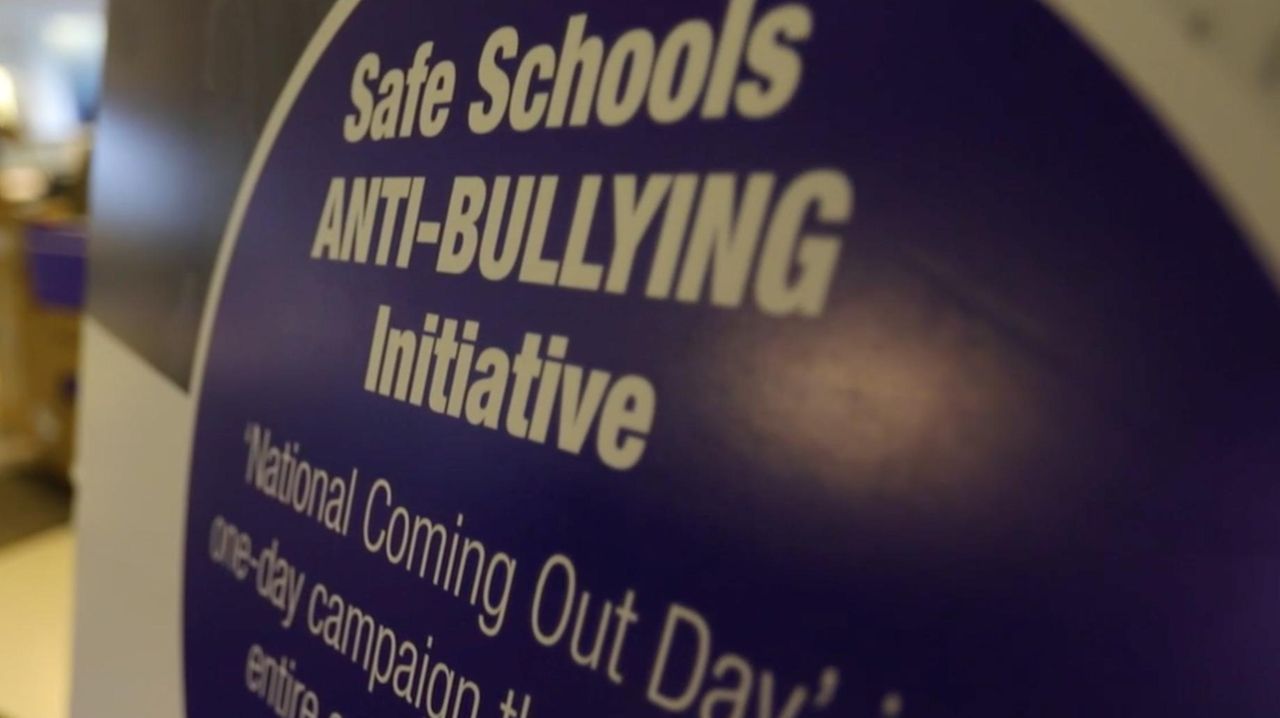 The LGBT Network, an association of nonprofits that provides support for LGBT individuals throughout Long Island and Queens, has received three times as many reports of bullying against LGBT students on Long Island since late last year, LGBT Network CEO David Kilmnick said during a news conference Tuesday.

“We hear reports almost on a daily basis of cyberbullying, threats to out our young people and attempts to put fear in our young LGBT people to stay in the closet,” Kilmnick said while speaking at Stony Brook University. “We are are not going to stand for it.”

Madeline Bruni, a transgender woman, said she suffered a concussion after she was pushed down a flight of stairs while in middle school and experienced verbal abuse in both middle and high school.

“When I was in high school I had a daily routine of preparing myself for walking through hallways and hearing slurs and even for some minor physical harassment,” said Bruni, 18, a 2016 graduate of Patchogue-Medford High School. “We have to bring this to the forefront, so that it is put to an end.”

Patchogue-Medford Superintendent Michael Hynes said he couldn’t speak to her specific experience, and added that the district is “extremely diverse” and “very accepting of the wants and needs of our students.”

Ezra Green, a transgender male who described himself as gender neutral, says he’s been physically harassed, was called names and was the victim of an “onslaught of bullying online” since he came out in middle school.

Things have since improved for Green, 16, of Woodbury, who has recently started taking hormone suppressors and has legally changed his name. He has the support of school counselors at Syosset High School, where he’s currently a sophomore, he said.

“It’s important for me to express my authentic self and to tell others out there that they don’t have to be afraid,” Green said. “That they can dress how they want and present how they want and that there will always be people like me who will be there to protect and speak out for you.”

Recently, the LGBT Network received reports that posters hung by a school club to promote acceptance at Eastport South Manor Junior-Senior High School had been torn down.

A spokeswoman for the school district said the two students who removed the posters were disciplined, and the principal later met with club members to discuss how the school can foster a culture of “respect, acceptance and tolerance” among students.

Engel cited more reports of violence and intolerance of the LGBT community as a factor: “Kids see that and it gives them permission to act that same way too.”