Feeling isolated and alone, living locked down in a confined space, is a haunting experience that innocent man Keith Bush knows all too well.

A year ago, a Suffolk County judge threw out Bush’s conviction for a 1975 Bellport murder that he did not commit. After spending 33 years behind bars, Bush endured another decade trying to clear his name.

Since that May 22, 2019, exoneration hearing, Bush says he’s enjoying many simple things for the first time. “You look back and realize all the things you couldn’t do,” explained Bush, who couldn’t travel outside a small area near his Connecticut home without parole board approval. “You get the chance to taste what freedom feels like.”

Now 63, Bush has gotten married and traveled to places that were once off limits to him until he was off parole once he was exonerated. He says he’s gained a new sense of the many changes in America since he went to jail as a teenager, convicted of the sex-related murder of a Bellport schoolmate, Sherese Watson. At last year’s hearing, Suffolk authorities said DNA tests and other forensic evidence cleared Bush and that another unknown male had likely killed Watson, a crime that remains unsolved. 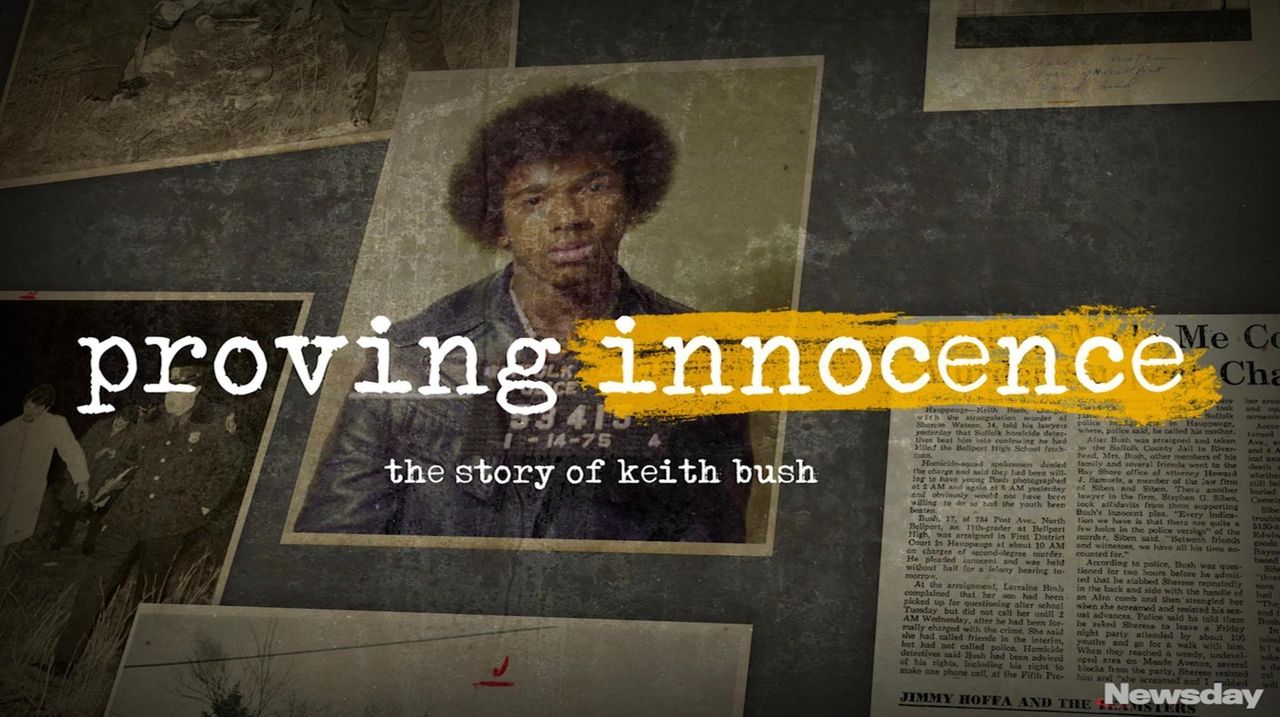 Proving Innocence: The Story of Keith Bush Keith Bush was a 17-year-old junior at Bellport High School when Suffolk authorities charged him with killing Sherese Watson, 14, after a late-night house party in North Bellport. For the past 44 years, Keith Bush has claimed he was an innocent man, ever since he was accused and convicted of the 1975 Suffolk County sex-related murder.  Credit: Staff

Bush says his much-publicized exoneration dramatically changed the way people view him. “Before that, I was perceived as a sex offender, a vicious murderer,” he recalled. “After that, people are congratulating you — in one instant, [people's perception] could be completely different.”

Ironically, Bush says, the coronavirus crisis — which has kept so many Americans cooped up in their homes for months — has allowed others a glimpse into what it was like for him to spend so much time in confinement.

“All the little things that you take for granted now become relevant because you can’t do them no more,” Bush explained. “It can affect you psychologically and that’s what you're seeing — a society that’s been used to enjoying a certain degree of freedoms, when taken away, you can see the impact. It gives you a good idea of what it’s like to be locked up for decades.”

“The Keith Bush case is certainly omnipresent in all our minds as we pursue justice in every case,” Sini said. “It’s a reminder to everyone how important our responsibility is to properly investigate and prosecute cases.”

After Bush’s murder conviction was vacated, Suffolk applied for and received two federal grants totaling more than $800,000 from the U.S. Department of Justice to aid in the investigation of wrongful conviction claims. One grant will focus on the use of DNA testing among those already convicted, a technology which helped determine Bush’s innocence in the Watson killing.

With the second grant, Suffolk’s Conviction Integrity Bureau, headed by prosecutor Howard Master, will work with New York Law School to conduct what Sini called “a structural review” to examine how Suffolk investigates violent felonies and review claims of innocence by those previously convicted.

In an interview, Master said a total of 135 claims of innocence have been received so far and that 10 cases are now under active investigation to determine if a convicted felon’s case should be vacated.

Looking ahead, Bush says he’s determined to speak out about injustice in the criminal justice system, especially the kind of racial bias that was uncovered by the Suffolk CIB in his case. Bush’s lawsuit for false arrest and malicious prosecution — which experts say could cost Suffolk taxpayers millions of dollars — is moving slowly because of the virus’ impact on the courts, he said.

In the meantime, Bush is preparing a memoir about his long quest with New York Law School attorney Adele Bernhard to prove his innocence. It's allowed him to reflect on how his life has changed after so many years of misery behind bars.

“It was our job to prove that [the murder conviction] was all wrong and we were very fortunate,” Bush says of his vindication in court last May. “It was like winning the lottery because other people never got that opportunity. Once in a while, people are able to dig into their past and find hidden truths and reveal them. But not everybody is that fortunate.”

More coverage: The Keith Bush case After 44 years, Keith Bush's 1976 murder conviction was vacated by a judge after a district attorney's report concluded he had been wrongfully convicted of the sex-related murder of teenager Sherese Watson.