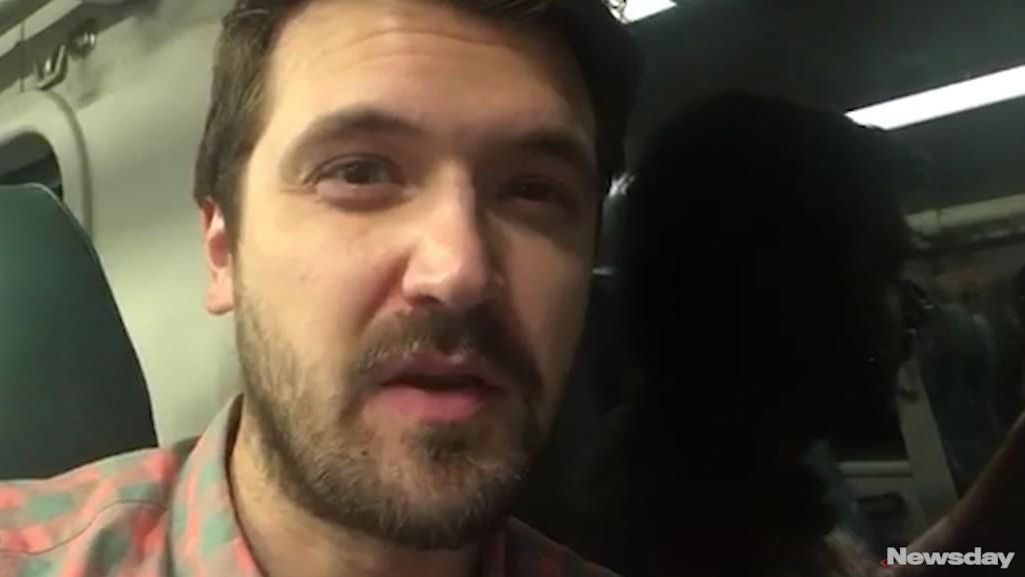 When Kirk Ingebretsen left his iPhone on the Long Island Rail Road, he thought he’d never see it again.

He never expected a good Samaritan not only to return his phone, but also to document the whole thing in a BuzzFeed video that’s since been viewed hundreds of thousands of times.

After returning from a day trip into Manhattan two weeks ago, Ingebretsen, 48, got off at the Bay Shore LIRR station, reached into his pocket and with a feeling of dread, realized he had left his phone on the train as he watched it pull away.

“We considered going to the next station to try and catch the train, but figured that’d be futile,” Ingebretsen said. “I resigned myself to having lost it.”

Luckily for Ingebretsen, hours later, Christian Nilsson, a BuzzFeed video producer from East Moriches, and Stephanie Hains had found his phone. The couple were on the train, heading back to Astoria, Queens from a day of pumpkin picking on the East End when they spotted the phone. Instead of just handing it over to a conductor, they decided to make it their mission to return it, Hains said.

“We knew we were going to be on the train for two and a half hours, so we thought, ‘Why not try and kill the time with a nice deed?’” said Hains, 25.

A BuzzFeed video, which has been viewed nearly 700,000 times, shows the couple attempting to use the locked iPhone’s Siri application to call Ingebretsen’s home phone or to call his mother. Finally they ask Siri to dial the phone’s most recent call and eventually end up speaking with a friend of Ingebretsen’s, who is able to call Ingebretsen’s wife, Crissy Carpluk.

“I was pleasantly surprised and happy someone would take the effort to return it,” Ingebretsen said. “In this day and age, it’s like someone returning your wallet with all the money still in it.”

Carpluk received the call about three hours after her husband had lost his phone. They coordinated to meet Nilsson, who was still on the train and headed into Queens, to pick up the phone at the Bay Shore LIRR station.

Nilsson explains in the video that he can’t get off the train, so the men are hoping to do a quick handoff as the train pulls into the station.

Ingebretsen and Carpluk arrived at the station just as the train had pulled in, but were on the wrong side of the tracks and couldn’t reach Nilsson, so they told him to leave the phone on the platform. The video shows Nilsson asking an LIRR conductor to open the car’s door after it has shut and race to leave the phone beside a trash can.

“We really played it up in the video with the epic score in the background, but it really did feel really dramatic,” Nilsson said. “My heart was racing.”

He texted Carpluk a photo of the trash can so they could find the phone. Ingebretsen found it right where it had been left, and texted back a photo of himself and Carpluk giving a thumbs up.

“I couldn’t thank him enough,” Ingebretsen said. “He saved me a trip to the Verizon store.”