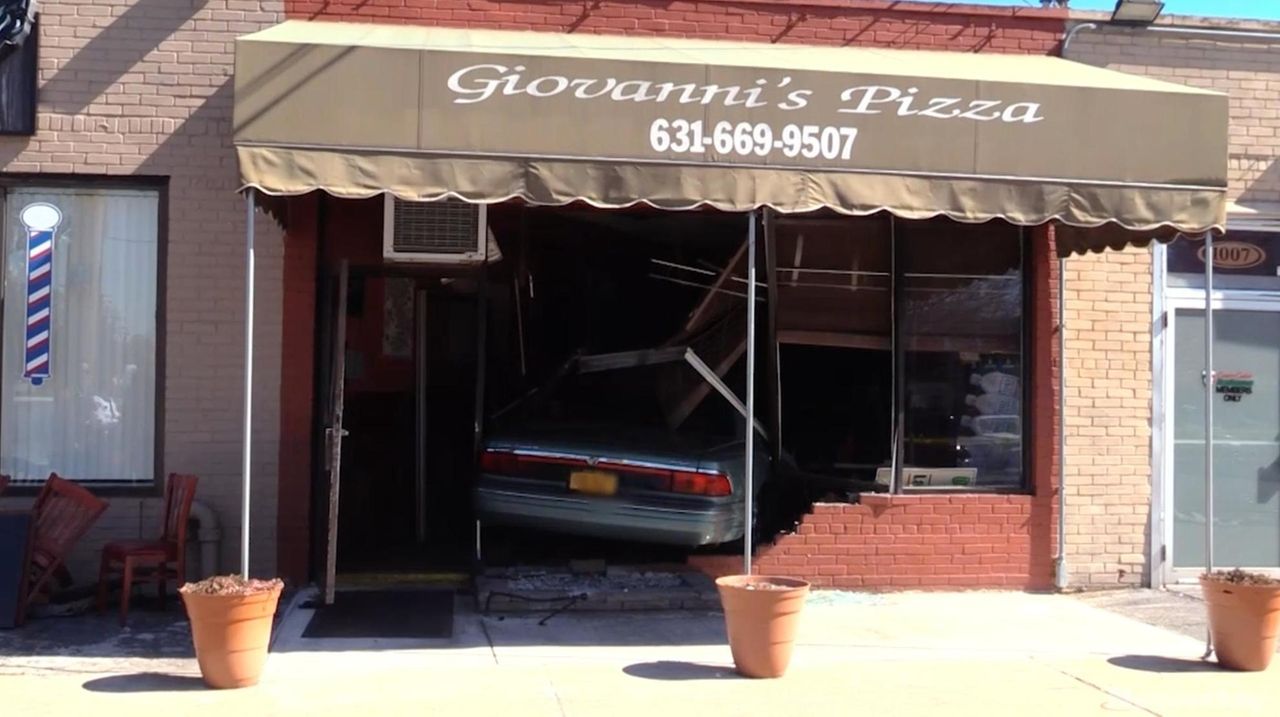 Authorities are investigating the circumstances surrounding the crash of a car into a pizzeria in West Babylon Sunday morning that sent three people to the hospital, Suffolk County police said.

A police spokeswoman said the crash into Giovanni’s Pizza on Little East Neck Road occurred a little before 11:30 a.m., when a 66-year-old woman was driving a Mercury Grand Marquis east on Herzel Boulevard and stepped on the gas pedal instead of the brakes.

The woman’s vehicle struck another driven by a man at the intersection of Little East Neck Road, and the Marquis then crashed into the pizzeria.

Police, who did not identify the drivers, said they were not injured, but the Marquis ran over the foot of a female employee and she was taken to a hospital. Two other people inside the pizzeria were taken to a hospital for evaluation, police said.

A photograph shows the car resting inside the shop after going through the pizzeria’s front brick facade and window.

A man who answered the phone at the pizzeria about an hour after the crash said two people working behind the counter were injured.

When asked what happened, the man, who didn’t identify himself, said, “A lady just came through the front of the store.”