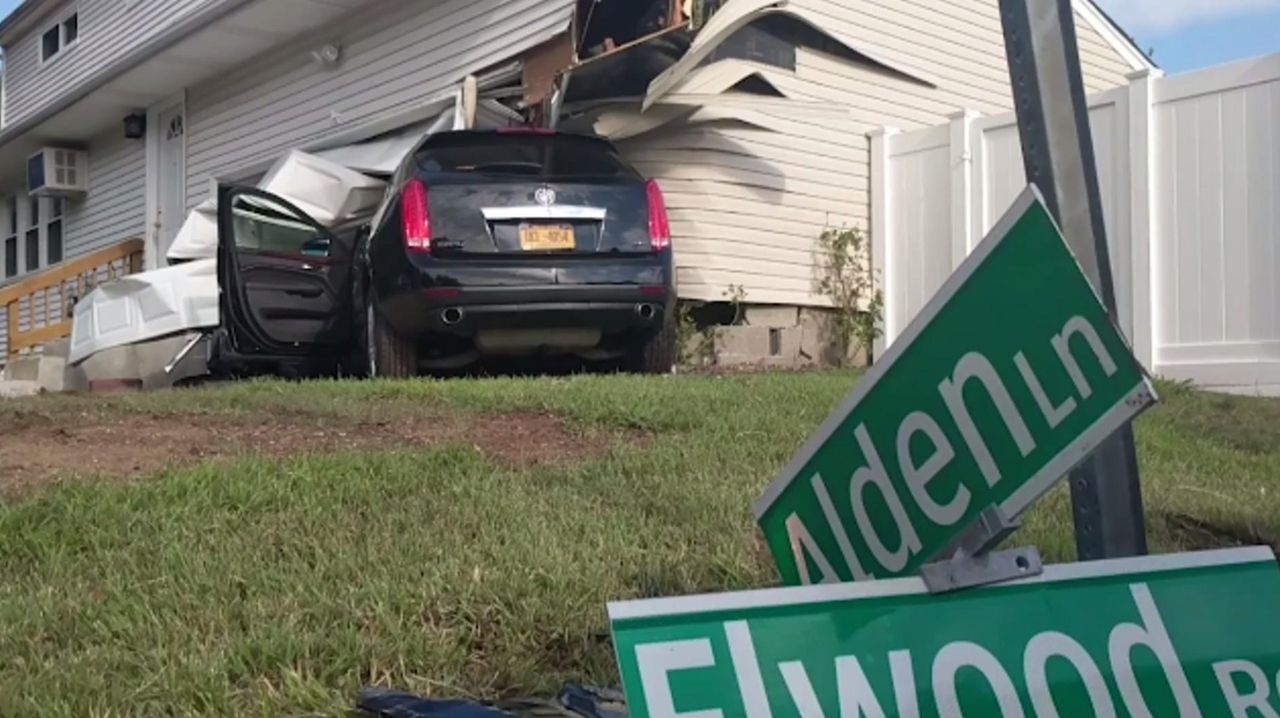 Emergency personnel responded to the scene where a car went into a house on Elwood Road in Centereach on Friday, July 21, 2017. Credit: James Carbone

A driver who police said lost control of her car crashed into a garage attached to a residence Friday in Centereach.

The incident occurred at a home at the corner of Elwood Road and Alden Lane at 7:51 a.m.

Suffolk County police said four people in the home at the time were not injured and the driver, whose identity was not released, declined medical attention. She was not charged.

Suffolk fire officials said firefighters from Centereach, Hagerman, Selden and Setauket responded to the scene, as did a crew from Port Jefferson Ambulance.

The Brookhaven Town fire marshal and town building inspector also responded and were assessing damage to the garage and surrounding structure.