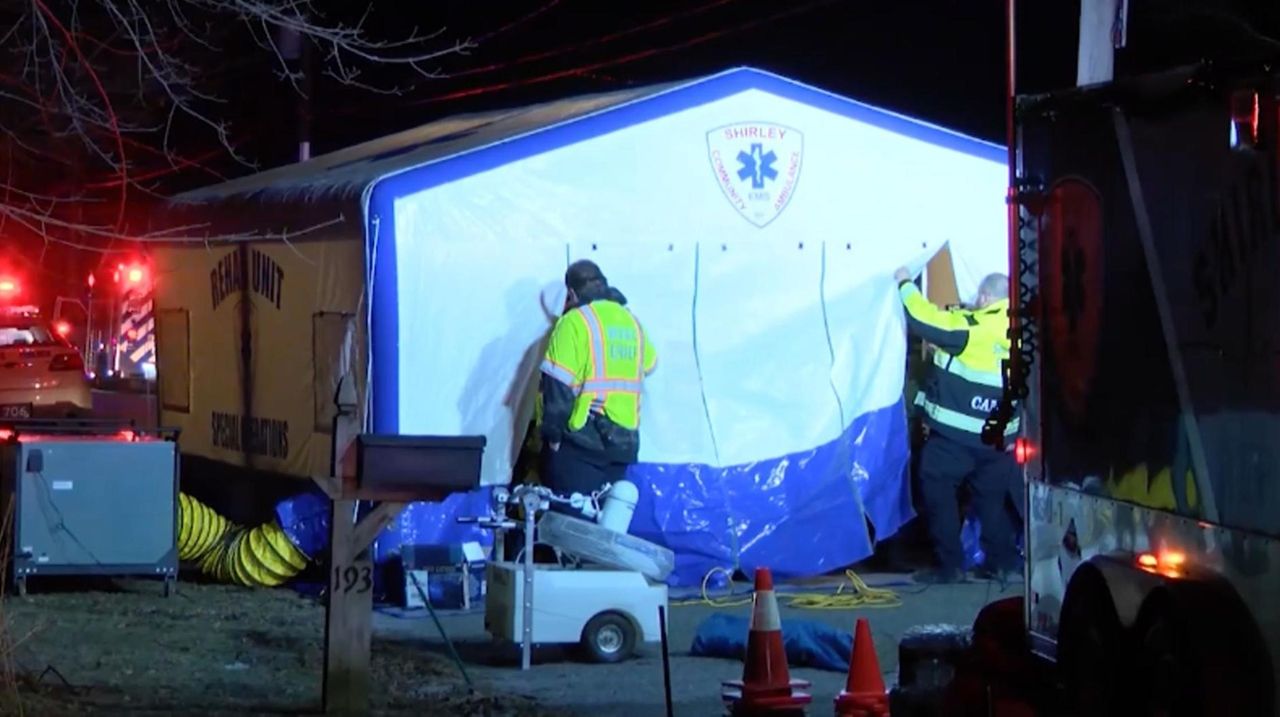 Twenty-eight people were sickened with carbon monoxide poisoning Sunday night in Mastic after the barbecue was moved into the basement and stoked with more charcoal, Brookhaven Town officials said. Credit: Stringer News Service

A family barbecue in Mastic sickened 28 people after the charcoal grill was moved into the unfinished basement to heat that space, officials said Monday.

The food was grilled outside, but then the grill was stoked with more charcoal and moved into the basement where the two families that live in the house were having a party, the Town of Brookhaven said in a statement.

A total of 28 people, ranging in age from 3 to 42 years old, were at the house on Cumberland Street near Pawnee Avenue when the 911 call came in shortly after 9 p.m. Sunday, officials said.

Suffolk County police initially reported 25 poisoning cases, but town officials said Monday there were 28 cases: seven patients were taken to a hospital, eight went to the hospital on their own, and 13 were treated at the scene by medical personnel.

All are expected to recover, the town said.

Dogs, cats and birds in the house were assessed by the town animal control officer and were left in the care of residents, the town said.

The home was equipped with smoke alarms and a carbon monoxide alarm on the first and second floors, which are separate units occupied by the owner’s family and his brother’s family, the town said.

It appears that alarms were not required in the unfinished, unoccupied basement because of the date of the home’s construction, the town said.

The town said the fire marshal will issue a summons for creating a hazardous condition related to the carbon monoxide, and for storing propane in the garage.

“Based on our records, we have had no previous incidents at the home,” the town’s statement said.

In addition, there are about 400 emergency room visits annually for the treatment of carbon monoxide poisoning from charcoal grills used indoors, the agency said on its website.