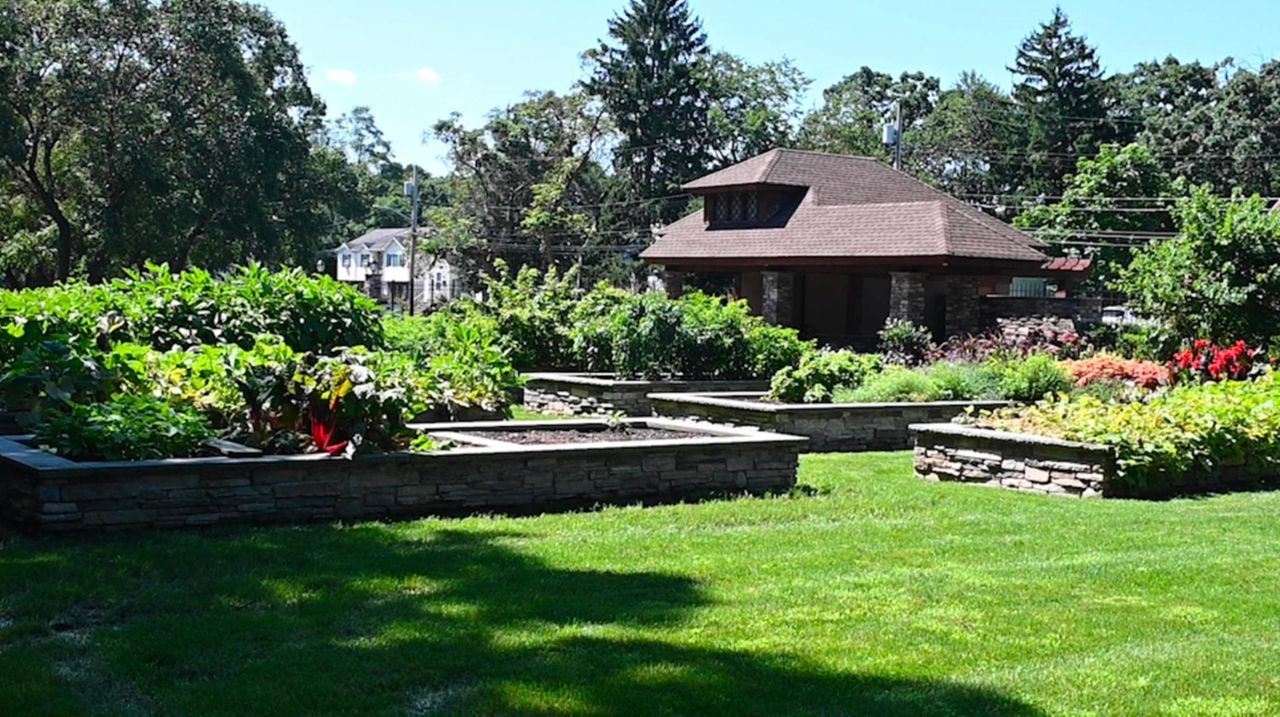 The Carlls River Botanical Garden in Geiger Park is a 23.4-acre park and is part of the town’s “Wyandanch Rising” revitalization and the botanical garden is more than nine years in the making. Credit: James Carbone

A longtime Babylon Town project is finally in full bloom.

The Carlls River Botanical Garden in Geiger Park opened to the public for the first time last month. The 23.4-acre park, which straddles the Wyandanch-Deer Park border is part of the town’s “Wyandanch Rising” revitalization and the botanical garden is more than nine years in the making.

“There’s light at the end of the tunnel,” Deputy Supervisor Tony Martinez said. “I think this will be a huge addition to the town.”

A walking path takes visitors past lush flower gardens, vegetable planters and collections of trees, some more than 50 years old. Nearby, turtles sun themselves on rocks beside Wyandanch Spring Lake, while rabbits nibble on grass alongside the Carlls River, which runs through the park and flows into the Great South Bay.

“They have all kinds of different flowers, that’s why we love it,” said Wyandanch resident Karen Castillo, 30, as she and her two children Ethan, 4, and Kailin, 3, sat on a bench. Ethan said he also loves seeing “the fishies” swimming in the lake.

There’s also an organic vegetable garden, the contents of which are given to a Wyandanch food pantry, Ulsheimer said.

The gardens are believed to be the first new botanical garden on Long Island in more than a decade.

Ulsheimer and Raccomandato said the park’s natural topography, with its large trees and wetlands, inspired the design.

“What’s nice about the Geiger site itself is that the bones of the property lent itself so well for the development,” she said. “We just utilized what was here and embellished it. . . We added the mascara and the lipstick.”

The town built a spray park in Geiger in 2013 and while the garden was supposed to be developed then too, other projects and recovery from superstorm Sandy took priority, spokesman Kevin Bonner said. When the town conceived the park overhaul in 2011, plans called for a carousel, conservatory and banquet hall but those ideas have been scrapped, officials said.

“It’s too big,” Martinez said. “We’re not the Bronx botanical garden. We’re a small municipality so this makes more sense for us.”

The town has spent about $8 million on the entire park development so far, and used another $2.4 million in state and federal grants, Bonner said. It’s unclear if that amount includes bonding the town has used for the park.

There is still more work to be done. The town is building a “head house” that will have a classroom and bathrooms, and two greenhouses that will grow all flowers used throughout the town. There also will be more gardens, including a “wedding garden” with a spiral walkway up to a pergola, to make it seem as if visitors are walking up to the top of a floral wedding cake.

In the meantime, Raccomandato said the gardens are giving people a colorful respite from so much time spent indoors during the COVID-19 pandemic.

“This has really been a breath of fresh air for them,” he said.

The garden is open 9 a.m. to 2:45 p.m. Monday to Friday and occasional Saturdays.