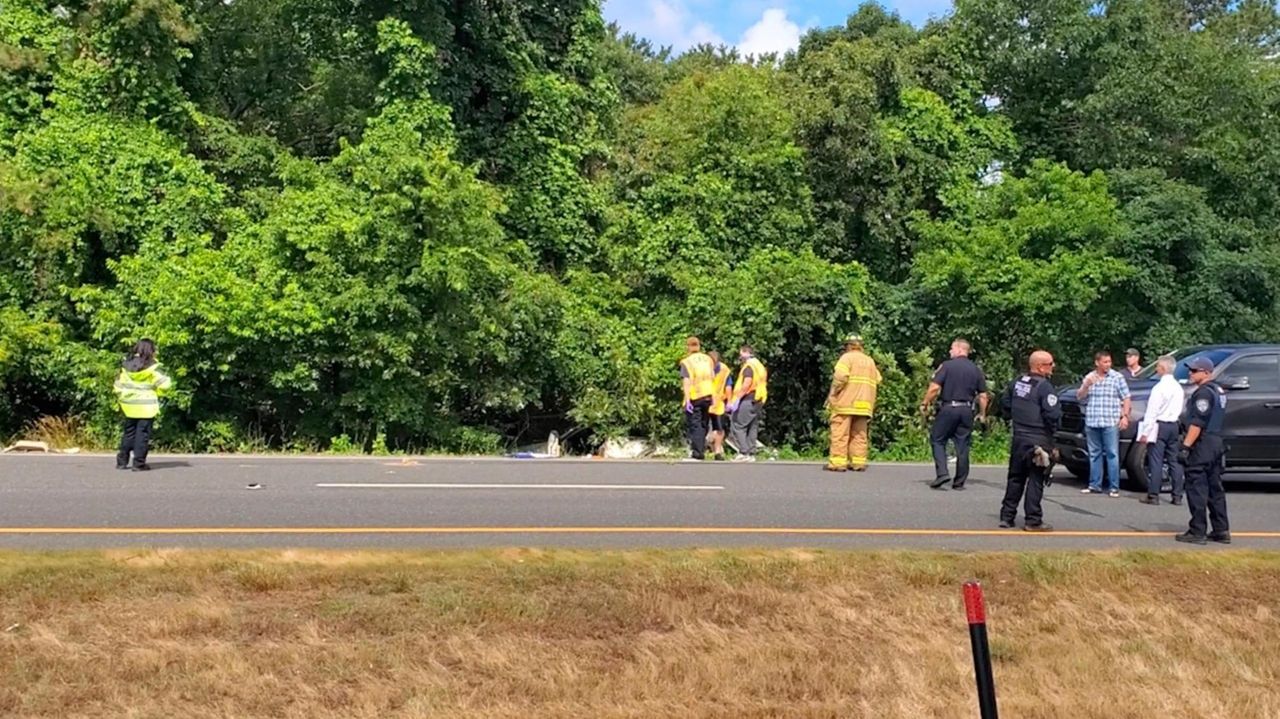 A crash forced the closure of Nicolls Road, County Road 97, in Centereach Tuesday, Suffolk police said. The crash was reported around 9:40 a.m. and police said Nicolls is closed in both directions between Middle Country and Hammond roads. Credit: James Carbone

Mireya Siguenzazhinin, 21, was driving a 2007 Subaru northbound on Nicolls Road, when her vehicle crossed over the center median, police said, and struck the rear of a southbound 2015 trailer, driven by Alex Lopez, 35, of Brentwood.

A bystander helped Siguenzazhinin before first responders arrived and she was taken to Stony Brook University Hospital. Lopez was not injured.

Nicolls Road, which was closed while police investigated, has since been reopened.

The Subaru was impounded for a safety check. Detectives are asking anyone with information on the crash to contact the Sixth Squad at 631-854-8652.