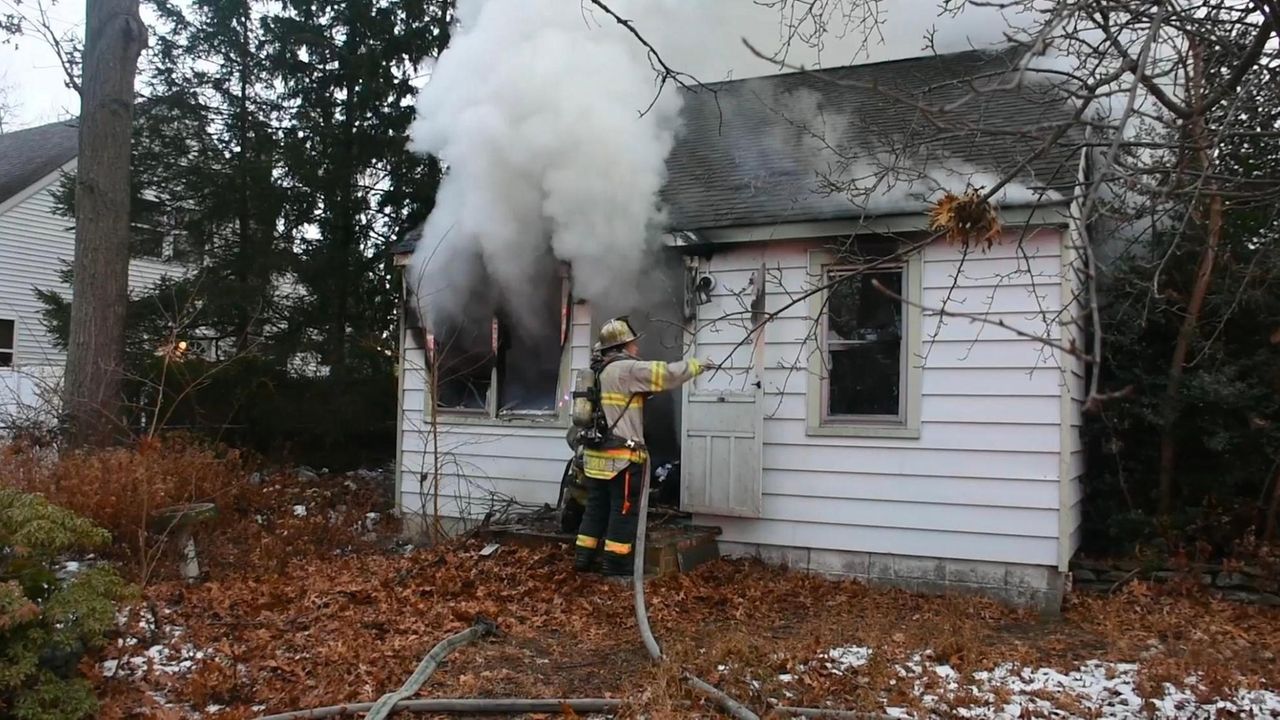 Several men and at least one dog escaped a fire that destroyed a home Wednesday in Centereach. Officials are investigating. Credit: Stringer News Service

Several men and at least one dog escaped a fire that destroyed a home Wednesday in Centereach, but officials said the cause of the blaze was not immediately clear.

Photos from the scene show several residents outside the small white home, which had thick smoke and flames coming from the windows. Those photos show a dazed man, his hands and clothes blackened by soot, seated on the ground and holding a dog wrapped in a blanket.

There were no reported injuries.

Police said the case is under investigation by Arson Section detectives but said preliminary indications are that it was noncriminal.