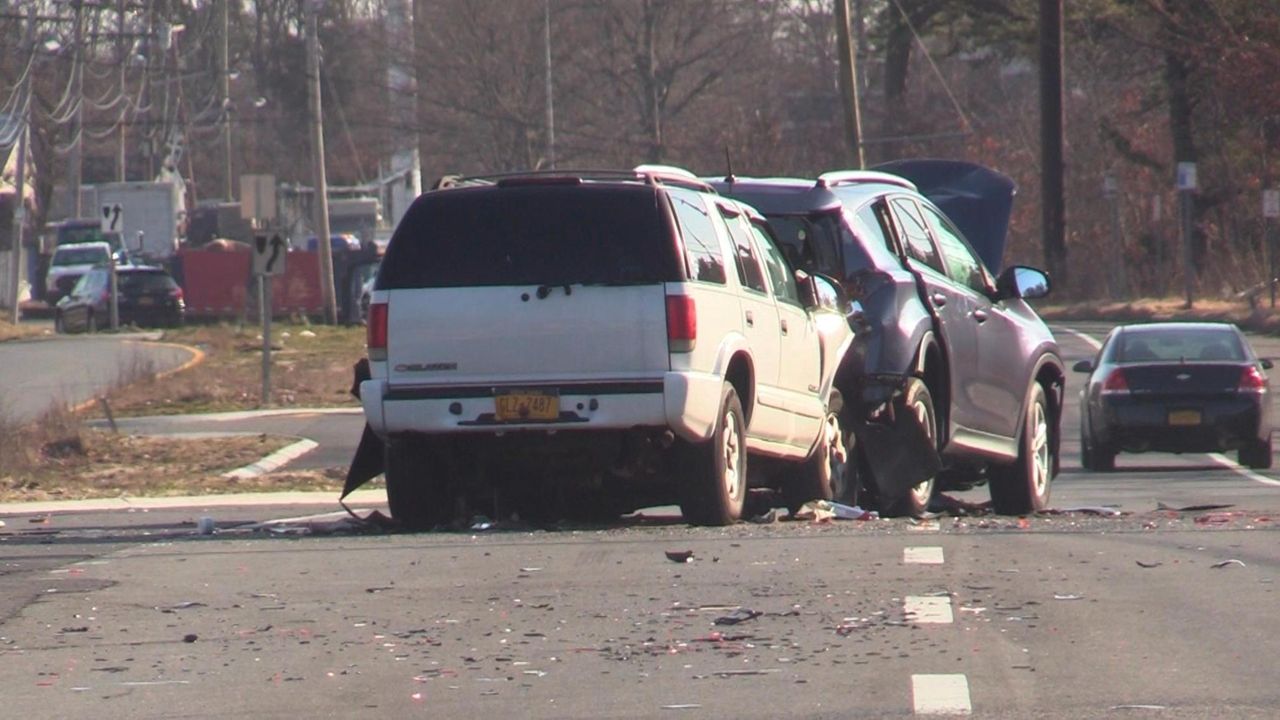 A female pedestrian was killed at the scene of a crash in Central Islip Monday, according to Suffolk County police. The crash was on eastbound Suffolk Avenue, west of Casement Avenue, and was reported in a 911 call at about 5:40 a.m. Credit: James Carbone

An East Setauket woman was struck and killed by an oncoming Honda early Monday morning in Islandia as she assisted a pair of drivers involved in a two-vehicle crash, Suffolk police said.

Two vehicles struck a 2005 Toyota that was in the initial crash, causing Jennifer Burgess, 36, to step out of the way and into the street. The Honda then hit Burgess, who was not involved in the first crash, police said.

She was taken to Southside Hospital in Bay Shore and pronounced dead, officials said.

The initial crash occurred at 5:40 a.m. on eastbound Suffolk Avenue, west of Casement Avenue, when a 2002 Toyota rear-ended the 2005 Toyota, police said. Burgess stopped to offer assistance to the motorists, police said.

Moments later, a 2014 Toyota and a 2003 Chevrolet each struck the 2005 Toyota, causing Burgess to step into a lane of Suffolk Avenue, where she was hit by the oncoming vehicle, officials said.

The driver of the Honda — Chris Cardinale, 59, of St. James — was not injured.

Police said all of the drivers remained at the scene and there was no suspected criminality involved.

The Honda was impounded for a safety check.

Detectives are asking anyone with information on the crash to call the Third Squad at 631-854-8352.