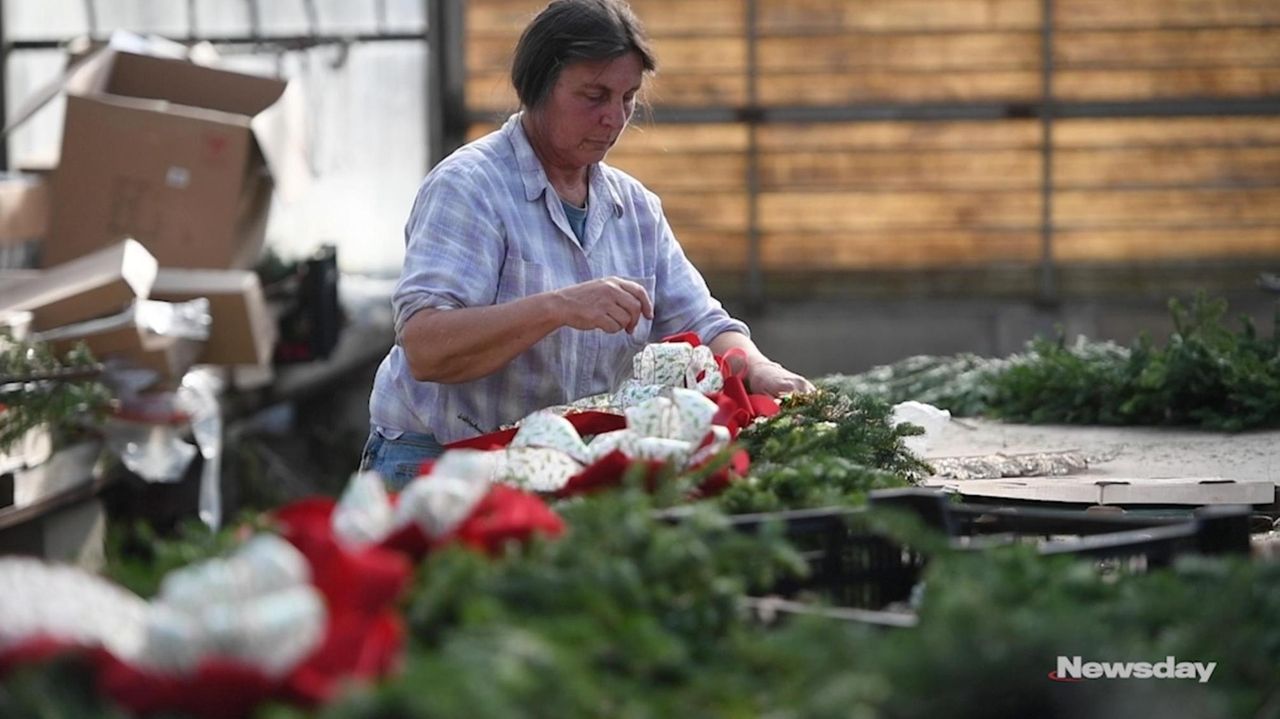 The Papas Family Farm in Central Islip, which has sold Christmas trees for 45 years, will no longer sell Christmas trees because of rising tree and shipping costs. Co-owner Janice Papa said the decision “breaks my heart” but is needed for the farm to stay afloat. Credit: Newsday / Steve Pfost

For 45 years, generations of Long Islanders have come to a family farm in Central Islip to buy their Christmas trees. That tradition has come to an end as the owners say they cannot afford to sell them anymore.

The decision “breaks my heart” but is needed for Papas Family Farm to stay afloat, co-owner Janice Papa said.

Papas is just one of the many small Christmas tree sellers across the country getting “squeezed” in a changing market, a National Christmas Tree Association spokesman said.

Tree costs have risen so much this season — more than triple their cost from years ago because of lower supply and higher shipping costs  — that many of Papas’ longtime customers would likely balk at the selling price, especially when they could purchase trees for half the cost at a big-box store, the owners said.

“It’s a business decision,” said Janice Papa, 68, who grew up on her family’s farm. “If we’re to survive, you have to stop doing things you love to do and find new ways of doing it.”

Papa's situation is yet another example of how small businesses struggle to compete with big-box and chain stores, which draw in consumers with lower prices, the owners said.

“The retailers feel the disruption more than anybody, far more than the consumer,” said Doug Hundley, spokesman for the National Christmas Association. “We know they’re going through some hard times.”

Big-box stores, such as Home Depot and Walmart, have taken a bigger role in the industry, selling about 25 percent of the 27.4 million trees sold last year, according to the National Christmas Tree Association.

Because big-box stores buy and sell in such large quantities, their cost per item is much lower, and thus their prices, experts said.

“It is difficult to compete when you have a store selling it for cheaper than you may be able to grow it because of economies of scale,” said Robert Carpenter, director of the Long Island Farm Bureau. “That has put a lot of pressure and forced local farms and farm stands to change their practices or transition to other things where they have an edge.”

Christmas tree sellers across Long Island are feeling the change in the industry.

The challenges from this season prompted the owners of Zuhoski Farms in Cutchogue to plan to grow all their own trees instead of shipping some in, co-owner David Zuhoski said.

“It’s only going to get worse I think,” Zuhoski said.

Tree costs are increasing for a variety of reasons, including a lingering impact of the Great Recession, experts said. Many of the trees sold now were planted in 2008, when growers planted fewer trees or went out of business. Shipping costs have also jumped because of new trucking regulations.

Long Island farm and nursery owners say they have had to find alternate suppliers or raise prices.

Hicks Nurseries in Westbury was contacted by at least half a dozen Long Island retailers who “called in a panic” to find trees after learning their usual growers could not supply them last month, said Alison Caldwell, the store’s Christmas tree buyer.

At Shamrock Christmas Tree Farm in Mattituck, prices went up $3 to $4 per tree as shipment costs jumped from $1,250 to $1,900 this year, co-owner Joe Shipman said.

Papas used to sell 5,000 trees a season, Janice Papa said. That number dropped to 300 last year, when they sold for about $36 each, her brother John Papa said. They would have had to raise prices to about $50 per tree this year just to break even, and they are concerned they would not recoup their investment because many people “won’t pay the highest prices,” he said.

Tree selling was a "very good part" of the farm's wintertime business, which now feels like "a part of you that's missing," Janice Papa said. Papas still sells wreaths and Christmas decorations.

Laura Melita, of Bay Shore, said she was disappointed when she went to the 72-year-old farm for a tree last week and discovered they could not sell them anymore.

“It’s sad because small businesses, they’re getting cut out from everything,” Melita, 59, said.

2:02
FBI says it has ended search of Florida home of Brian Laundrie, 'person of interest' in fiancée's disappearance
Nassau DA will retry man whose murder conviction was thrown out
Hundreds say goodbye to officer who died from COVID-19
2:05
Mepham's LaSpina named the Jets High School Player of the Week
District rep: 6 Uniondale students, 1 employee test positive for COVID-19
Man charged in case involving human remains found in July
Didn’t find what you were looking for?