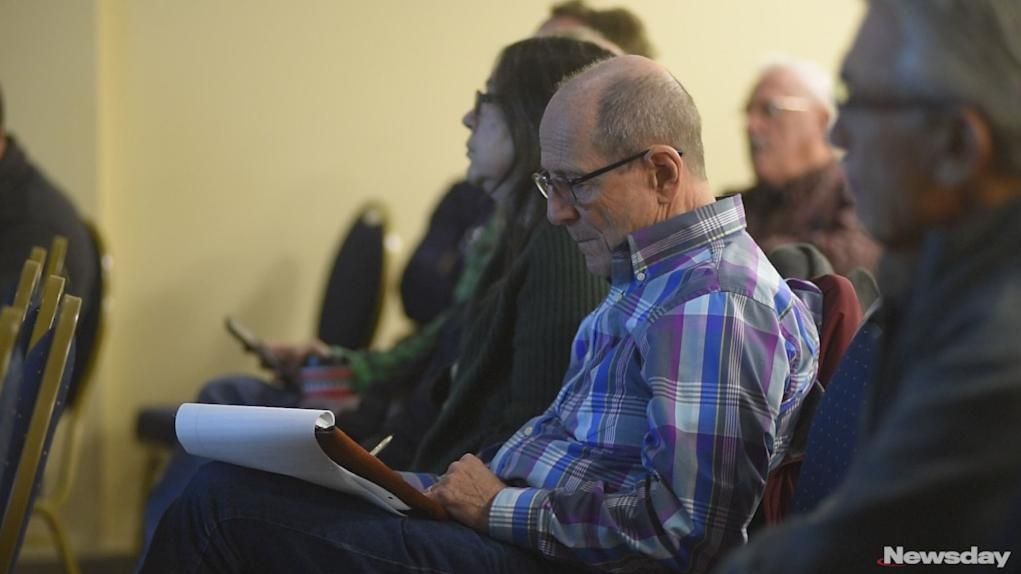 When a gunman killed 26 people at a church in Sutherland Springs, Texas, on Nov. 5, it was the latest wake-up call that houses of worship aren’t always safe.

“After Texas, there’s an appropriate concern among parishioners,” said Stuart Cameron, chief of department for Suffolk County police. “Churches, by design, are very welcoming places and that can be exploited by people.”

Suffolk County and Northport police met with more than 90 religious leaders and support staff Thursday evening in Northport to discuss tactics and best practices for emergencies. Police invited 19 places of worship — 18 churches and one synagogue — from Northport, East Northport, Centerport, Greenlawn and Fort Salonga to attend.

Thursday’s event at American Legion Post 694 in Northport was part of a curriculum called “Safety in the Sanctuary,” available through Suffolk County’s Shield counterterrorism and anti-crime program.

It was initially developed in Newberry, South Carolina, after the 2015 attack on a Charleston church that killed nine. Suffolk police were able to get the curriculum in summer 2016 and adapt it for the county’s needs.

The program addresses the threats houses of worship might face, with active shooter situations in mind, but also includes strategies for dealing with weather events and medical emergencies. It has been offered a handful of times around the county, but Thursday marked a first for the Northport area, said Northport Police Chief Bill Rica.

“We’d hoped to offer this in 2018,” he said. “After the shooting in Texas, we wanted to accelerate the timeline.”

Around the country, houses of worship have faced threats and violence in recent months. On Nov. 5, Devin Patrick Kelley stormed First Baptist Church in Sutherland Springs, Texas, near San Antonio, during a Sunday service. Kelley shot and killed 26 people and injured 20 more, before killing himself.

On Long Island, Jewish community centers and schools faced a rash of bomb threats from January to March. In May, a man barricaded himself in St. John the Evangelist Roman Catholic Church in Center Moriches and attempted to light fires before killing himself.

Threats to mosques in the United States and conflicts in Israel have also put the local Jewish and Muslim communities on alert, police said.

“I feel generally safe — we’re one of the biggest churches and a lot of cops and military officers attend,” said Anthony Vidot, 50, of Wyandanch, a volunteer with Upper Room Christian World Center in Dix Hills. “But I also feel we should get this knowledge and training to help and be better prepared.”

Medical problems are the most common emergency places of worship face, said Det. Cliff Lent, who gave part of the presentation. Police said religious institutions should consider having a well-stocked first aid kit and hiring people with crisis management backgrounds.

Even though his church has not experienced any major emergencies, Robert Schoepflin, pastor at Abiding Presence Lutheran Church in Fort Salonga, said he still wants to be able to respond to worshippers who worry about safety.

“I’m old enough that the idea of church not being a sanctuary, not being a safe place, it’s heartbreaking,” Schoepflin said. “One of the biggest benefits of tonight is thinking things through and have procedures in place.”