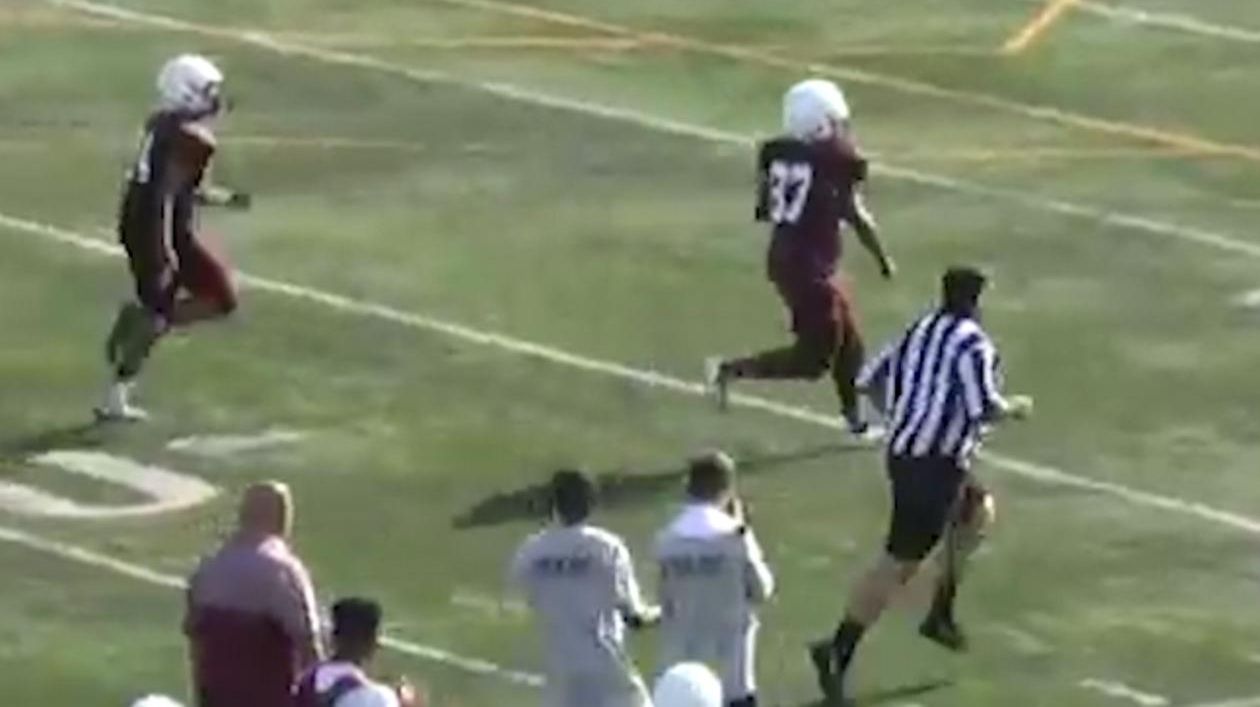 Players and coaches at Bay Shore High School came together to help make the day of a student with special needs on the junior varsity football team.

For months, Bay Shore junior varsity coach Mike Brown has watched Ramel Johnson, 15, motivate his teammates from the sideline during home games and enthusiastically take part in practice drills. Brown, who has served as the school’s junior varsity coach for more than 10 years, said he was moved by Johnson’s positive attitude and love for the game.

“When I gave him his jersey, he had this smile like he had just won a million dollars,” Brown said of Johnson, who has cognitive disabilities. “My heart just melted. I wanted to do everything I could for him.”

As their season wound down, Brown decided to do something special for Johnson. He arranged to have the sophomore score a touchdown during Bay Shore’s last home game of the season on Oct. 7 against Smithtown East.

“The other coach was all on board for it and once I told my players, they couldn’t be more excited,” Brown said.

In the week leading up to the game, Brown had the team practice the play, telling Johnson that “this was his shot.”

At the start of the second half, Bay Shore lined up at the 50-yard line. Amiel Hill, one of the team’s sophomore captains, handed the ball off to Johnson, who sprinted down the field, flanked by his teammates, and spiked the ball when he reached the end zone. Bay Shore emptied the bench and crowded around Johnson, slapping him on the helmet and jumping up and down in excitement.

“It was pretty cool,” Johnson said.

Latisa Johnson, 36, cried in the bleachers as she watched her son celebrate with his teammates. Ramel Johnson has talked about wanting to play football since he was a little boy and though the touchdown didn’t affect the score of the game, running down the field wearing number 87 for Bay Shore was like a dream come true, his mother said.

“I thought everything was beautiful and lovely,” Latisa Johnson said. “I am so proud of him.”

Hill said Johnson’s excitement on the field is infectious.

“He feels like he should always be there, like it’s his favorite thing,” said Hill, 15. “It’s really nice to be able to work with him and play with him and have him as a teammate.”

“He’s a good kid and he deserved his moment and all the attention,” Brown said.