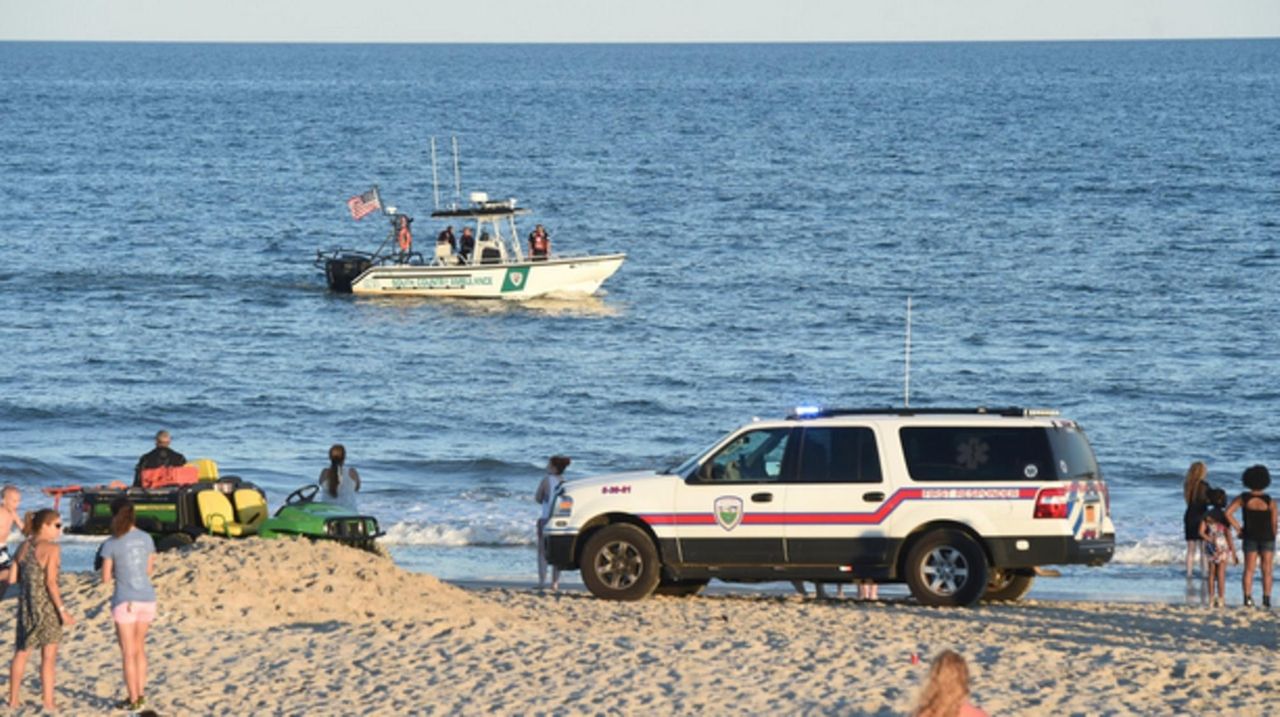 A body found in the waters off Smith Point County Park in Shirley has been identified as the swimmer who was reported missing Sunday, police said on Monday, July 31, 2017. Suffolk County police said county park rangers found the body of Jevoney White, 19, of Springfield Gardens, Queens, about 6:40 a.m., east of Old Inlet. Credit: Newsday / Marcus Villagran

A body found Monday morning in the waters off Smith Point County Park in Shirley has been identified as a Queens man who disappeared early Sunday night while swimming in the area with friends, authorities said.

The county medical examiner’s office will determine the cause of death, police said.

The National Weather Service had reported a high risk for rip currents off South Shore ocean beaches until 9 p.m. Sunday.

The park’s lifeguards went off-duty at 5:30 p.m., according to Robert Kolar, chief of lifeguards.

Before they left for the day, the lifeguards posted signs warning of strong rip currents.

The missing swimmer’s friends initially notified lifeguards and park police at 6:45 p.m. Sunday that their friend swam out off the beach and didn’t return, the U.S. Coast Guard said.

Suffolk County Park Ranger Sgt. Bill Curcie said at the scene Sunday night that the man was among a group of six at the beach, three or four of whom were in the water before they got separated.

One of the missing swimmer’s friends was rescued from the water by a park ranger, he said.

“We had some kids in the water. I guess they went out a little deeper than they thought they could. They got separated,” Curcie said. “There were people yelling when they came out of the water. They started screaming, ‘My friend’s in the water.’ ”