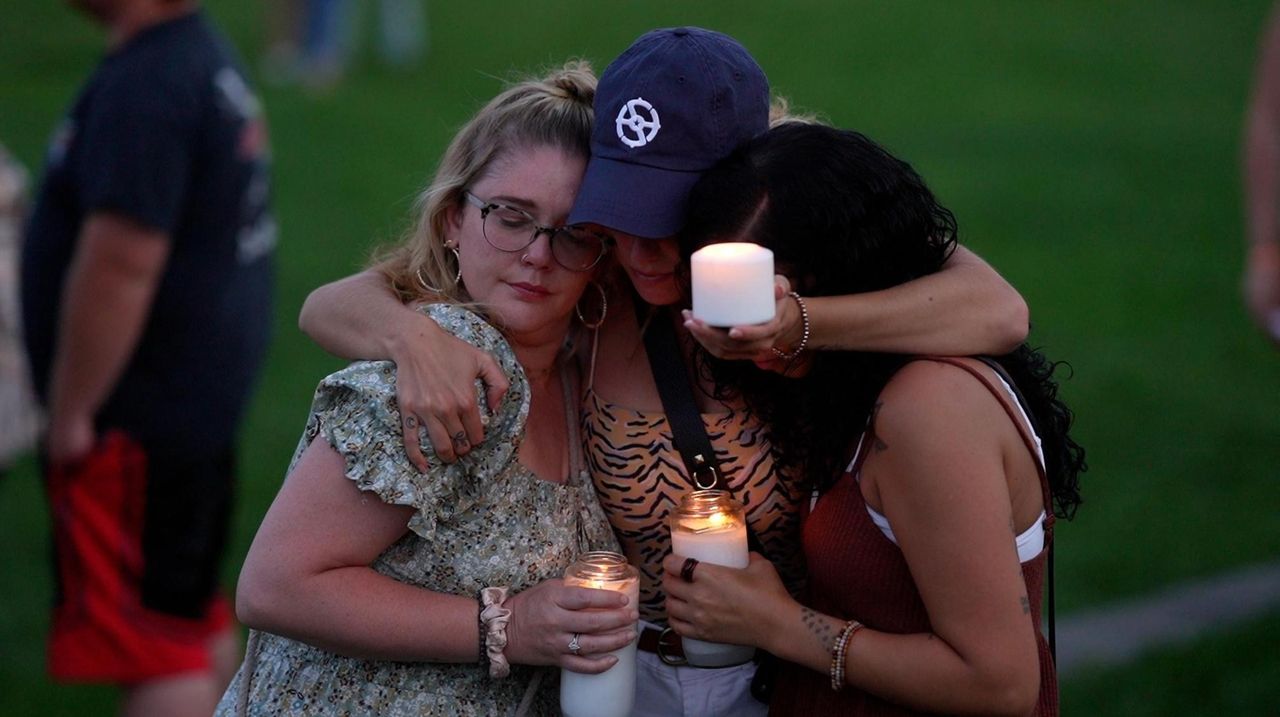 Six people have died from overdoses on the East End in the last month. Police say the likely cause is fentanyl-laced cocaine. Cecilia Dowd reports. Credit: Randee Daddona

Scores of North Fork residents Sunday evening took to Greenport’s Mitchell Park for a candlelight vigil in honor of community members who died this month after overdosing on what police said was fentanyl-laced cocaine.

Restaurant worker Leslie Colon, 32, of Greenport, who lost a friend last week, was one of them. Colon, her hands shaking and eyes filled with tears, said she fears for others who may be holding on to the bad drugs either out of hubris or because they haven’t yet heard the news.

"He was so personable. So vibrant, always positive," Colon said of her friend. "It hit too close to home."

The deaths are believed to be related to a batch of cocaine laced with the powerful synthetic opioid fentanyl. The investigation continues.

"I felt it was very important not to just move on and let it be another week that happened in August," said Reese Dunne, 24, of Southold, one of the vigil’s organizers. "We really need to come together as a community, to take a moment to grieve."

The nonprofit Community Action for Social Justice offered free Naloxone and training across the North Fork this weekend distributing more than 100 two-dose kits. The group has set up additional training sessions this week with local restaurants and at the Cutchogue-New Suffolk Free Library on Monday.

Naloxone — more commonly referred to as Narcan — is used to reverse the effects of opioid overdose.

CASJ offers Narcan training throughout Long Island, which previously was targeted at opioid and heroin users, said CASJ executive director Tina Wolf. Recreational or casual cocaine users may not have been aware of the potential for an overdose from fentanyl, a powerful synthetic opioid.

"We've heard about this with heroin and fentanyl, and fentanyl being in the heroin supply for the last few years," Wolf said. "When you choose to use cocaine, you don't think that one of the possible outcomes is that ‘I may die of a fentanyl overdose.’ That just doesn't even factor into people's minds."

It is not clear why fentanyl would be packaged with cocaine because the two drugs have opposite effects. The U.S. Drug Enforcement Agency’s 2020 National Drug Threat Assessment report states that illicit drugs are often processed in the same space, which can lead to unintentional mixing.

"Cocaine and fentanyl … may be packaged together for street sale without the knowledge of the user and/or seller, which can lead to adverse reactions in those who lack the opioid tolerance of a habitual opioid user," the report states.

Police are advising people who have recently purchased cocaine or other narcotics on the North Fork or Shelter Island, or know of a family member or friend that has purchased the drugs, to safely dispose of these potentially lethal products and avoid using them. Southold Police Chief Martin Flatley said anyone who has purchased cocaine in Greenport Village, particularly within the last two weeks, should be alarmed and avoid using it.

Jason Novetti, manager at Green Hill restaurant in Greenport and some of his staff members were among those taking the free Narcan.

Novetti said one of his friends was among the six who died last week.

"I saw him two days before," Novetti said of his friend. "I still can’t believe he’s gone."

Green Hill employee Tia Flythe, 18, of Cutchogue stressed the importance of being educated on Narcan application as young people often experiment with drugs.

"You need to be safe and you need to be able to keep having fun and living life," she said. "There is no need to have one night of fun be a fatal night and you won’t have any more."

Southold police: 'Bad batch' of cocaine leads to 6 deaths"We normally average one overdose death a year, maybe some years with none, so to have five in our township and another on Shelter Island in the matter of a week is definitely alarming," said Southold Police Chief Martin.