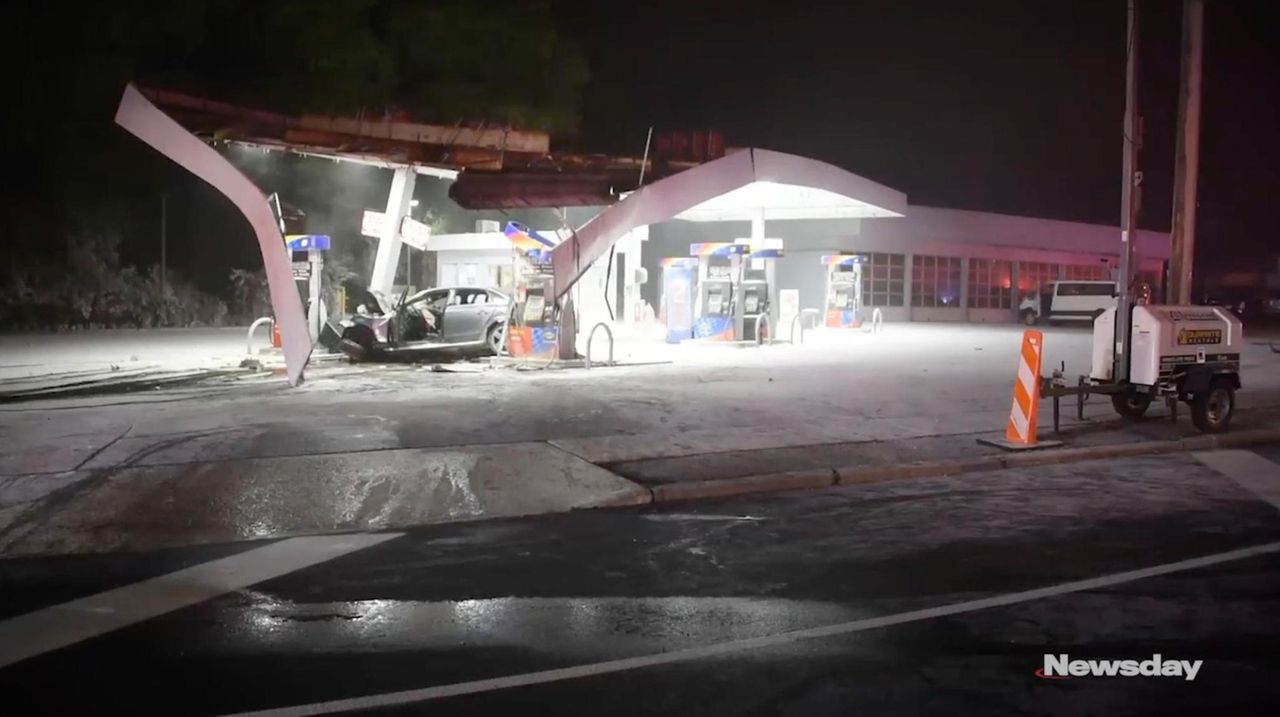 Two men died Wednesday morning when a driver lost control of his vehicle and crashed into a Sunoco gas station in Commack, police said.

The men were heading west in a 2013 Audi on Jericho Turnpike, just past Veterans Memorial Highway, when the driver lost control and  struck a gas pump  at 2211 Jericho Tpke. about 2:10 a.m., Suffolk County police said.

Driver Hector Sanchez Jr., 27, of Brentwood, and his passenger, Shawn Jenkins Jr., 24, of Bay Shore, were pronounced dead at the scene, police said.

Jericho Turnpike lanes in the area were closed in both directions for more than an hour, but Veterans Memorial Highway was open, according to the state Department of Transportation. All lanes were reopened before 6:50 a.m.

1:29
NY expanding capacity for museums, zoos, movie theaters and large arenas
2:23
Stormy landing: Anchor from 1876 disaster finds a home
1:10
COVID-19 rate falls as eateries, bars to extend last calls
1:04
10 years ago, they were valedictorians. Where are they now?
1:56
Experts: Prepare dogs, cats to be home alone when you go back to work
Babylon Town weighs options to ease tax 'burden' from Oak Beach water project
Didn’t find what you were looking for?