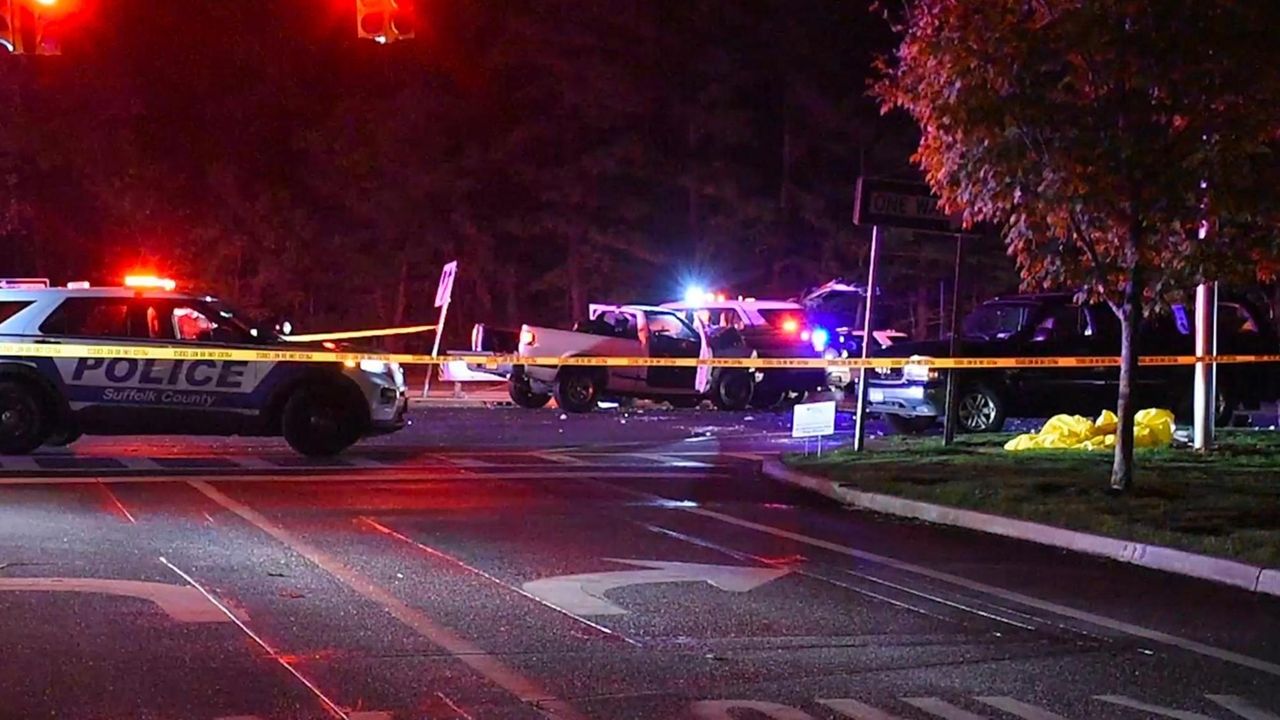 A Suffolk police officer injured while directing traffic early Wednesday in Yaphank suffered a life-threatening brain hemorrhage, according to officials, who said they believe he will make a full recovery and eventually return to work.

The officer underwent surgery and is in a medically induced coma and on a ventilator in the intensive care unit at Stony Brook University Hospital, Suffolk police officials said Wednesday during a news conference in Yaphank.

"We are all very, very optimistic for a good outcome but he is critically ill," said Dr. James Vosswinkel, the medical director of the Suffolk County Police Department and the chief of trauma surgery at Stony Brook.

The wife and parents of the 35-year-old officer were "traumatized" by the news of his injuries, according to acting Police Commissioner Stuart Cameron, who said the officer also is the father of small children. Cameron declined to identify the officer Wednesday, saying he wanted to wait to give the officer time to come out of the coma to speak to his kids.

The officer, a patrolman, is a three-year Suffolk police veteran assigned to the Seventh Precinct. His commanding officer, Insp. Matthew McCormick, said the officer is well-respected by his peers and supervisors.

"He is one of my best guys," McCormick said.

Teamwork between Stony Brook University Hospital staff, the Ridge Fire Department and Suffolk police, including the medevac helicopter crew that took the officer to the hospital, may have prevented the officer from dying, Cameron said.

The officer is the second Suffolk cop seriously injured this year. Officer Christopher Racioppo nearly bled to death in April after he was stabbed during a struggle with a drunken-driving suspect in Patchogue. He made a full recovery after spending 16 days at Stony Brook University Hospital.

"This is yet another example of the inherent dangers faced by law-enforcement professionals on a regular basis," Suffolk County PBA president Noel DiGerolamo said.

Police said the officer directing traffic was hurt in Yaphank early Wednesday when a pickup truck driver hit an SUV, which then struck the officer.

The pickup truck driver, William Petersohn, 38, of Mastic, has been charged with driving while intoxicated, police said. Petersohn, who likely faces additional charges, also was seriously injured in the crash and will be arraigned at a later date.

A marked Suffolk County patrol car was parked in the road blocking traffic due to an earlier investigation at the intersection of William Floyd Parkway and Yaphank Woods Boulevard around midnight, police said.

The officer who was hurt was in the road when Petersohn, driving a 1999 Chevrolet pickup truck, headed south on William Floyd Parkway, rear-ended a GMC Yukon and then hit the patrol car, police said.

The driver of the GMC Yukon was not hurt, police said.

"Keep our officer and his family in your thoughts and prayers. We are optimistic he will fully recover and, again, that’s due to the great care that he received," Cameron said.