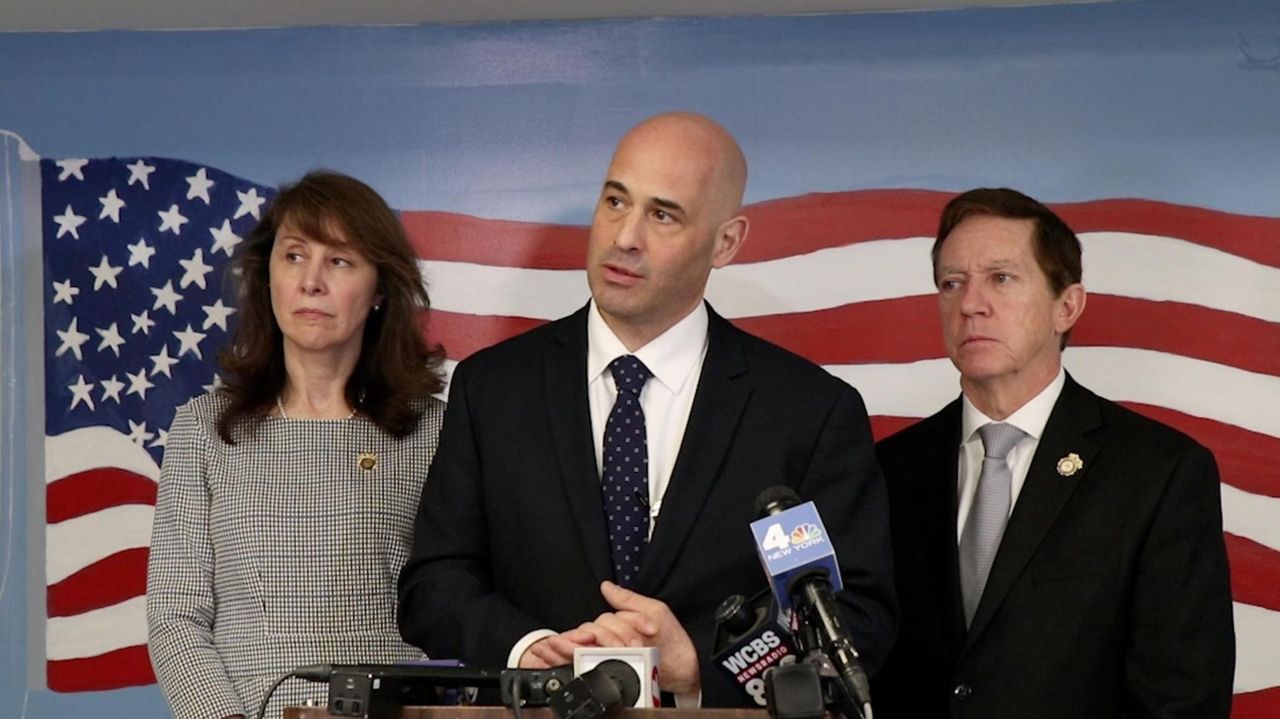 Suffolk County Chief of Detectives Gerard Gigante said on Thursday that police are looking into whether gunshots fired on a Coram street Wednesday night are related to other shootings this week, including the one inside an IHOP. Credit: Jessica Rotkiewicz

Suffolk County police are investigating whether gunshots fired on a Coram street Wednesday are related to  other shootings this week, including the one inside a Lake Ronkonkoma IHOP restaurant.

Police were summoned to Norfleet Lane at about 10:40 p.m. after a 911 caller reported hearing gunshots, police said in a statement Thursday.

“Shell casings were found in the roadway,” police said.

Police did not indicate how many shell casings were recovered. No injuries were reported.

An Islandia man was charged in the shooting of an alleged fellow gang member inside the IHOP on Monday afternoon, police have said.

Less than two hours after that shooting and eight miles east, in Coram, three men were shot in two incidents by groups of armed assailants who fled, police have said. Those attacks are believed to involve Bloods members or their associates.