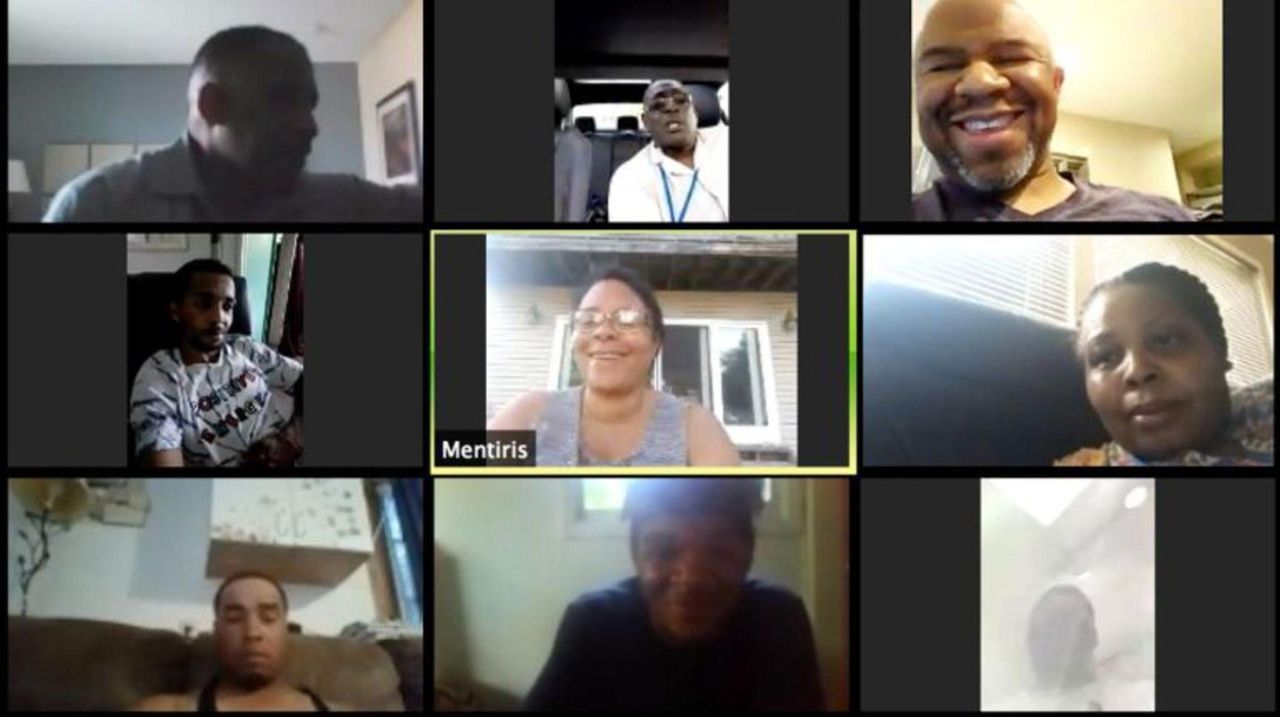 Community support group COTA (Council of Thought and Action), a welcoming place for the formerly incarcerated and others, previously held weekly meetings at the Wyandanch Resource Center. Not only did the COVID-19 pandemic disrupt the group's structure, one of its leaders died suddenly as a result of the virus.

The COVID-19 pandemic and the resulting shutdown are impacting many families, including those non-biological families born out of support groups.

The Council of Thought and Action (COTA), a Suffolk County police initiative funded by the county and run out of the Wyandanch Community Resource Center, is one of those groups. The organization, which provides members with not only support but networking and life guidance, consists largely — but not solely — of men and women who were once incarcerated. The goal is to help members get their lives back on track and reduce recidivism.

Before COVID-19, the group met weekly at the center for sessions that could last hours. But when the center closed in mid-March, the group suddenly found itself isolated from the support network.

“Dealing with COVID-19, it was almost like we lost our family, like our family broke apart,” said Carlos Jennings, 38, of Coram, a meeting facilitator.

“I didn’t know what to do,” said the group’s leader, Suffolk County Deputy Police Commissioner Risco Mention-Lewis, a former Nassau County prosecutor who started COTA in 2008. She and outreach workers started making daily phone calls and sending texts to check in on members.

After several weeks, member Renita Certain, 49, of Islandia, asked Mention-Lewis whether the group could start meeting on Zoom.

“I had never done Zoom before but I missed my family,” she said. “I had felt stagnated. COTA is where I go to release a lot of things that are on my mind … I found myself home and I was overwhelmed with so many thoughts of things I wanted to do but didn’t know how to move forward.”

Jennings said that when the Zoom meetings started, “it was like being welcomed back home.” But, he said, the meetings are not quite the same. “Just that eye contact, that person to person,” is missing, he said. “There’s nothing like a human interaction.”

For Roger Brown, 59, of Hempstead, being on the front lines and regularly seeing COVID-19 deaths in his job working at a Brooklyn veterans home left him feeling hopeless, he said. Brown, who first got involved with COTA in 2012, had stopped attending meetings but thought now was “the perfect time to come back into the fold,” he said. “I needed that added support, I needed that networking, I needed that inspiration just to go another day.”

The group had barely settled into its new meeting format in late April when members received the devastating news that one of the group’s beloved facilitators, Yazid Owens, 53, of Brentwood, had died from complications of COVID-19.

Owens was a COTA success story. Having joined not long after serving a nearly 20-year prison sentence for manslaughter, Owens thrived in the group, eventually opening a barbershop in Bay Shore and taking on a mentorship role.

“He just believed in giving back,” Mention-Lewis said. “I could call on him for anything.”

Jalil Louis, 52, of Brentwood, said he didn’t know him for very long but that Owens helped “get me on the right track” and his death “left a hole in my heart.”

The group feels that Owens is still with them.

“His energy is right here in this Zoom meeting,” Jennings said. “His spirit lives through us.”

Council of Thought and Action sayings