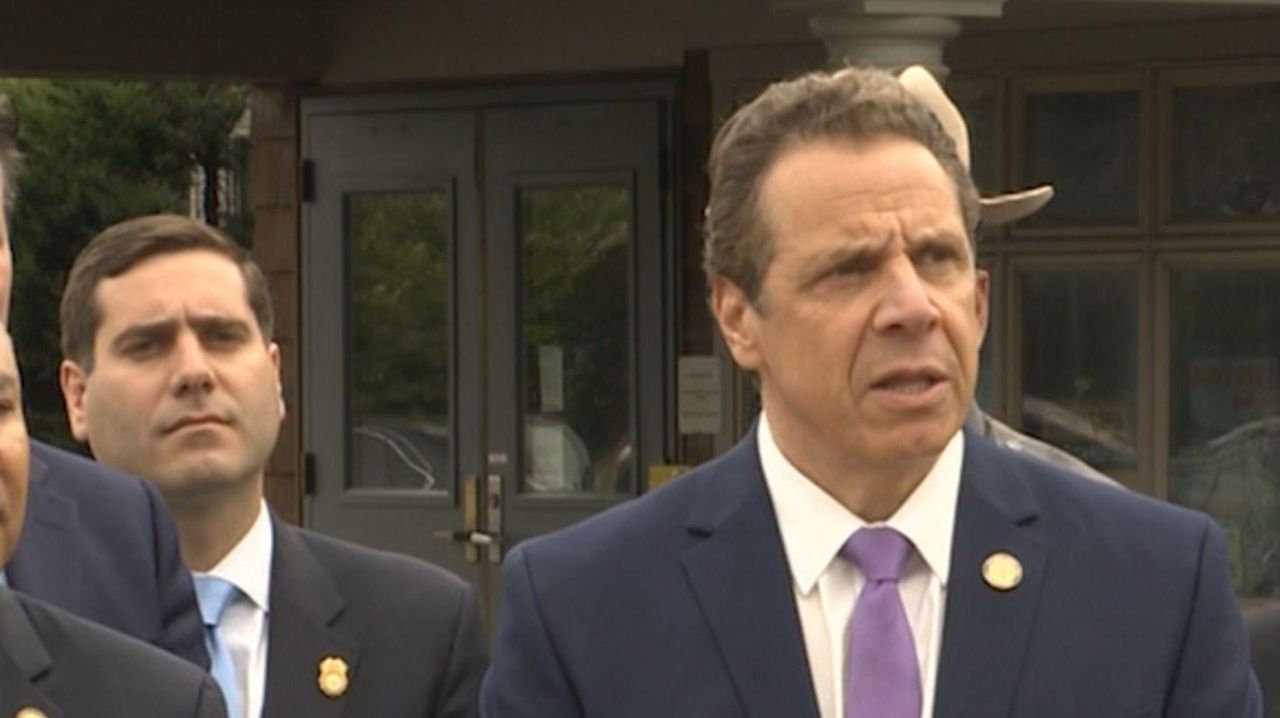 “We will not rest until MS-13 is out of business, because we have zero tolerance in this state for the thuggery that MS-13 has made their calling card,” Cuomo said at State Police barracks in Brentwood, referring to the gang authorities have linked to a growing number murders in the area.

The initiative comes amid growing national attention to gang violence on Long Island since the April 12 discovery of the mutilated bodies of four young men in a Central Islip park.

Suffolk authorities believe the quadruple murder is the work of MS-13, which also has been linked to several other slayings, including the murders in September of two teenage girls from Brentwood.

Cuomo did not respond directly to the assertion, saying he did not “want to engage in politics.” But he said the Obama administration focused its deportation efforts on criminals, including gang members.

Troopers based in Brentwood currently focus on highways and state properties.

But under the plan Cuomo announced Wednesday, the troopers also will patrol in neighborhoods as, “a highly visible presence to deter this activity,” said Cuomo spokesman Colin Brennan.

Some of the 25 troopers in the anti-gang initiative will come from elsewhere in the state, he said.

Six of the 25 troopers will join the Long Island Gang Task Force, comprised of federal, state and local agencies.

“I’m glad people are realizing help is needed, and that it can’t just be a county issue or a town issue,” she said.

Before traveling to Brentwood, Cuomo visited Bethpage State Park, where he signed the $2.5-billion Clean Water Infrastructure Act, which he called a “historic water-quality initiative.”

The act includes money to create a program to give homeowners and small businesses rebates to replace and upgrade outdated septic systems, to build water treatment systems in Smithtown and Kings Park and to make other water-quality improvements.

“These are things that will have a very lasting impact in a terrifically good way,” said Senate Majority Leader John Flanagan (R-East Northport).