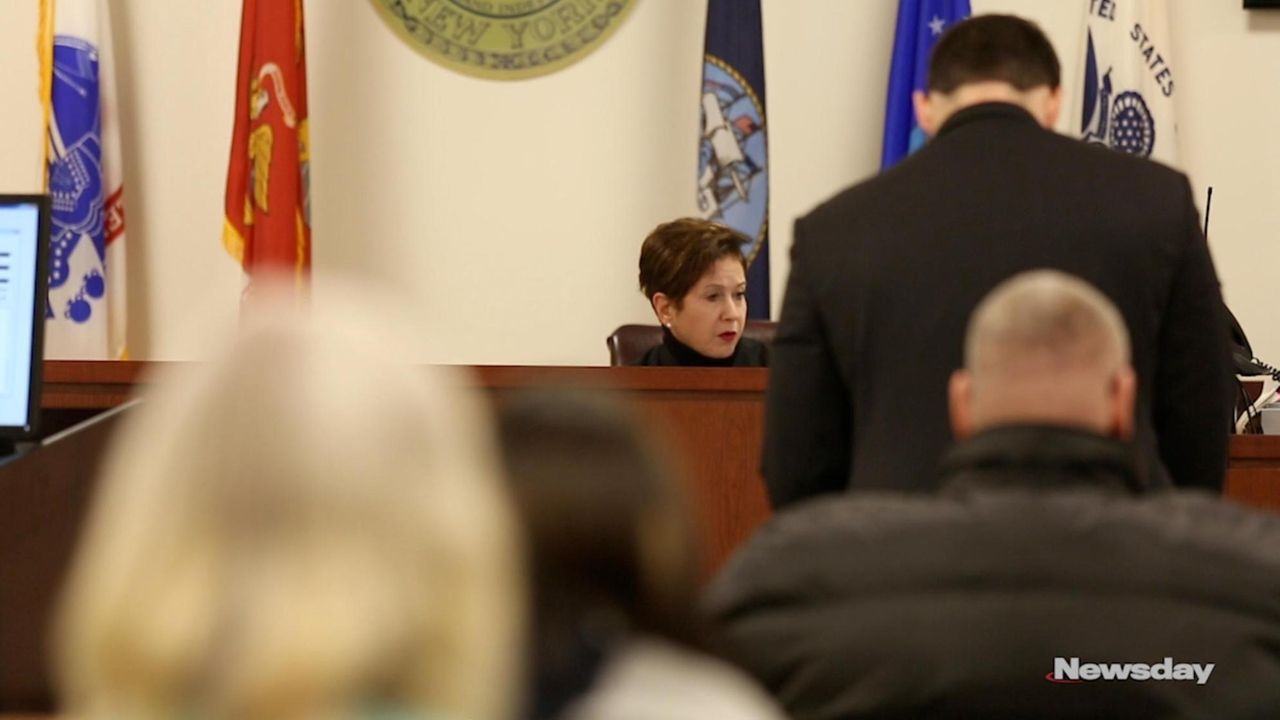 The Drug, Alcohol and Reintegration court, which county officials described as the first in the state, was unofficially rolled out in November but formally unveiled Jan. 4. The court currently meets on the first Friday afternoon of every month in Hauppauge, but officials said it could expand to additional sessions.

Officials hope the court will help defendants who are facing the possibility of a license suspension or revocation — in addition to hundreds of dollars in fines and late fees — stemming from traffic violations, such as speeding or cellphone-use tickets, and overdue payments. The drivers in the program must be committed to their recovery; this court does not adjudicate charges such as driving while intoxicated.

Authorities added that driving privileges can help the motorists get and retain employment, a crucial part of the recovery and treatment processes.

“No one’s willing to give them a chance,” said Paul Margiotta, executive director of Suffolk County's Traffic and Parking Violations Agency, which runs the court. “That doesn’t help them and that doesn’t help society.”

Judge Patricia Filiberto, who previously presided over the county’s drug treatment court, will require defendants to submit proof of their recovery and treatment, such as documentation from hospitals and rehabilitation facilities. Filiberto could ultimately accept plea deals following several successful court appearances that include reducing the charges or fines, which would potentially lead to a reinstatement of driving privileges.

“We are looking to give them a hand up,” she said. “It’s a way of saying to them ‘we support you and in turn you become one of us'” who drive safely and responsibly.

“Driving a vehicle is a privilege, not a right,” Bellone said in a statement. “At the same time, Suffolk County will help residents who are struggling with addiction get the treatment they need so that we can make our roads safer.”

On Friday, three defendants appeared before Filiberto for the first time.

Gordan told Janis he has 18 points against his license but praised his ongoing recovery efforts.

Janis, a disabled Army veteran who said he has struggled with substance abuse and has been clean for nearly four years, said he got the tickets while driving patients to and from appointments for a medical taxi service.

“I did wrong, the law comes first,” he said. “It’s actually a blessing that there are programs to help people get back on their feet who make mistakes.”

Janis said he assumed he’d have to deal with his numerous tickets “for face value” before Gerace told him about the new court.

“I really believed that there was nothing that he could do,” Janis said.

Janis is due back in court on March 1. In the meantime, he must compile verification of his treatment and recovery at the Northport Veterans Affairs Medical Center and the United Veterans Beacon House in Bay Shore.

“The goal here is to set for a plan,” said Gerace, who has three additional clients working with the court. “It could be life-changing in the sense that it could allow them to go to work and make a living.”

Filiberto had one last thing to say to Janis before he left her courtroom Friday.