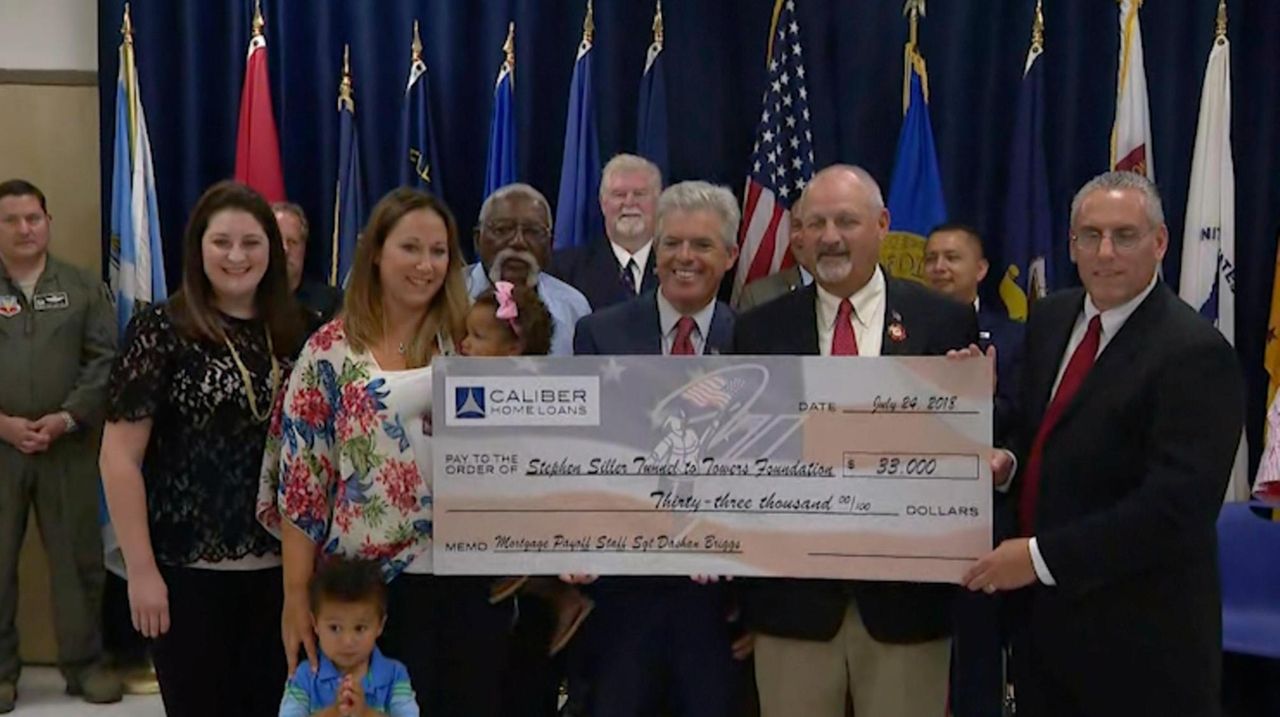 Rebecca Briggs, the widow of a Long Island National Guardsman, received a $33,000 check Tuesday to pay off the mortgage on the couple's Port Jefferson Station house. Her husband, Staff Sgt. Dashan Briggs, a member of the Westhampton Beach-based 106th Rescue Wing, died in a helicopter crash in Iraq in March. The Stephen Siller Tunnel to Towers Foundation and Caliber Home Loans presented the check during a news conference in Hauppauge. Credit: News 12 Long Island

In the months since her husband died in a helicopter crash in Iraq, Rebecca Briggs says she has received an outpouring of support from her community.

The latest came Tuesday, when she was presented a $33,000 check to pay off the mortgage on the family's Port Jefferson Station house.

“This is the hardest time in our lives,” Briggs said. “It’s just comforting to know that there's people out there helping all the military families. I'm forever grateful.”

Her husband, Staff Sgt. Dashan Briggs, a member of the New York Air National Guard's Westhampton Beach-based 106th Rescue Wing who grew up in Riverhead, died along with six other American military personnel in March when the helicopter they were in crashed in Iraq, near the Syrian border. 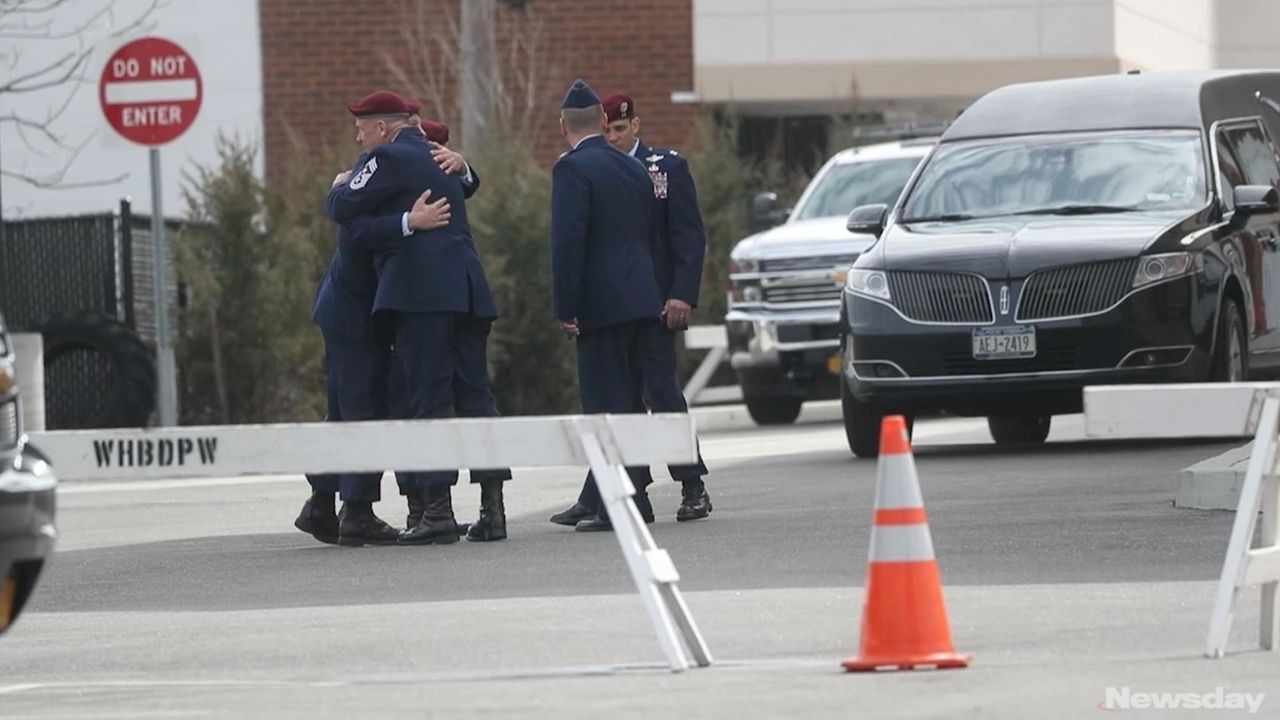 Members of her community have honored Dashan Briggs by renaming a Riverhead street after him and instituting a scholarship at Riverhead High School in his honor, Rebecca Briggs said. Organizations and individuals have held fundraisers, delivered food and written them heartfelt letters, family members said.

Eli Briggs, Dashan Briggs’ grandfather, said he and his wife, Rosemary Briggs, also received support from the community after their grandson's death. Delis and local pizza shops have sent them food and well wishes.

“They came together for us,” said Eli Briggs. “The town — the entire town — reached out to us and they did wonderful things. We had food to feed an army.”

With the mortgage paid off on the home she and her husband bought together, Rebecca Briggs said she would not need to work multiple jobs and instead would be able to spend more time with her children, Jayden, 3, and Ava, 1. 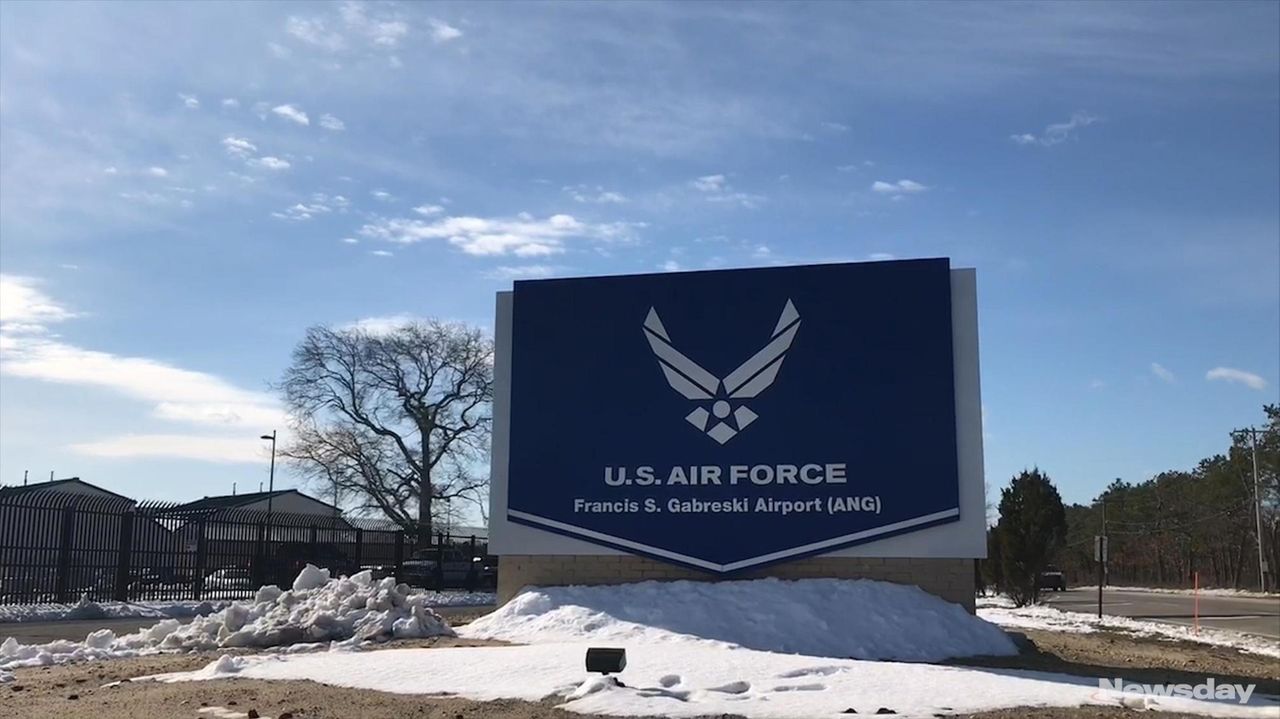 106th Rescue Wing members killed in Iraq helicopter crash Members of the 106th Rescue Wing of the Air National Guard stationed at Francis Gabreski Airport in Westhampton Beach were among those killed Thursday in the crash of a U.S. helicopter in Iraq, sources said. Credit: Newsday / Jeffrey Basinger

Officials from the Stephen Siller Tunnel to Towers Foundation and Caliber Home Loans joined Suffolk County Executive Steve Bellone at a news conference Tuesday at the H. Lee Dennison building in Hauppauge to give Briggs the check.

“We knew that our foundation had to take care of those families left behind,” said Frank Siller, the foundation's CEO. "The community stepped up, as always."

The foundation, partnering with Caliber Home Loans, gives financial assistance to families of first responders who have died in the line of duty, pledging $7 million to date since its inception after the Sept. 11 attacks.

"The majority of our country does not serve, does not sacrifice this way," Bellone said. "We owe a debt of gratitude and obligation that we have to repay."

Town to rename road for soldier killed in Iraq crashRiverhead plans to rename a roadway this month to honor a town native and member ... Wake, funeral set for fallen 106th airmanA plane bearing bodies of the 106th Rescue Wing members who perished in a March ... LIer who died in Iraq crash promotedThe other three members of the 106th Air Rescue Wing also have been recommended for posthumous promotion. Mom of LIer killed in Iraq: ‘I begged him not to' goThree Long Island residents were among seven service members killed in a helicopter crash in Iraq. The Department of Defense said the cause of the crash remains under investigation.