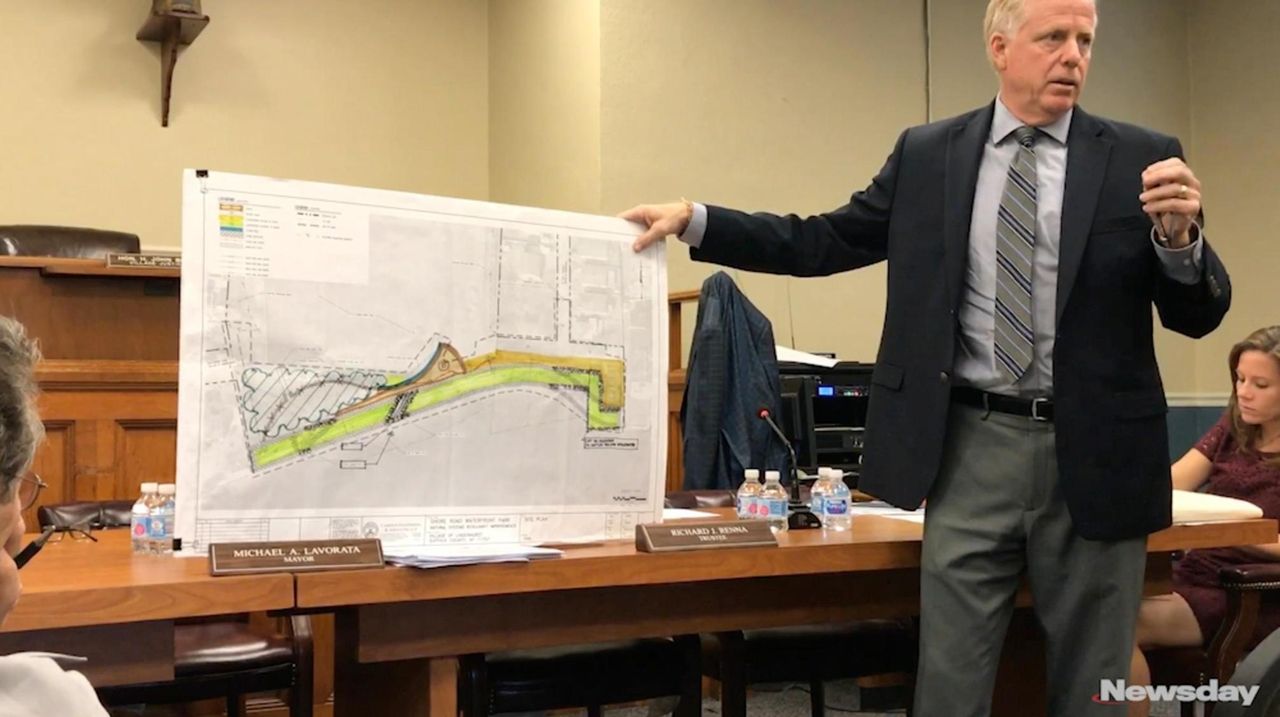 Village of Lindenhurst officials may have to give up a planned beach area as part of a waterfront resiliency project after a state agency told them to leave the area in its natural state.

The village’s $2.1 million Shore Road Park waterfront resiliency project aims to stabilize and protect the shoreline, prevent further erosion and mitigate flooding. The project is using $6.4 million in federal money for flood protection allotted to the village through the superstorm Sandy recovery effort.

As part of the project, the village had Cameron Engineering & Associates of Woodbury include the creation of a small, “passive recreation” beach area in renderings.

Kevin McAndrew, a Cameron partner, said that in a recent meeting officials with the state Department of Environmental Conservation voiced opposition to the proposed site of the beach, noting that the area is “heavily vegetated.”

“The DEC took a very firm position that that vegetation could not be disturbed,” he said.

Robert Fantel , who lives closest to the site, said the phragmites — a grass plant that is common in wetlands — found in the area are considered an invasive species. “I think personally, the DEC needs to go down there themselves and take a look at the phragmites,” he said.

The agency is not against a beach, McAndrew said, but it would have to be in another area. Cameron has proposed two alternate sites, but nearby residents and village officials said those locations are not ideal.

McAndrew also noted that the village can pursue a beach at another time and not include it in the project.

Trustee RJ Renna  said the village “needs to be creative” with funding when it becomes available and that he would reach out to State Sen. Phil Boyle (R-Bay Shore).

“I think it’s kind of shortsighted of [the Governor’s Office of Storm Recovery] and the DEC when you have a project that could go forth that could provide resiliency and ancillary benefits to the community,” he said.

McAndrew stressed that the beach is not the focus of the shoreline stabilization and that the village must meet a deadline set by the Governor’s Office of Storm Recovery to submit “30 percent complete drawings” for the project by the end of this month, otherwise the funding is at risk.

“It’s not the piece of this project that’s eligible for federal funding,” he said of the beach. “It has the potential, if it becomes the focus, to take this project off track.”