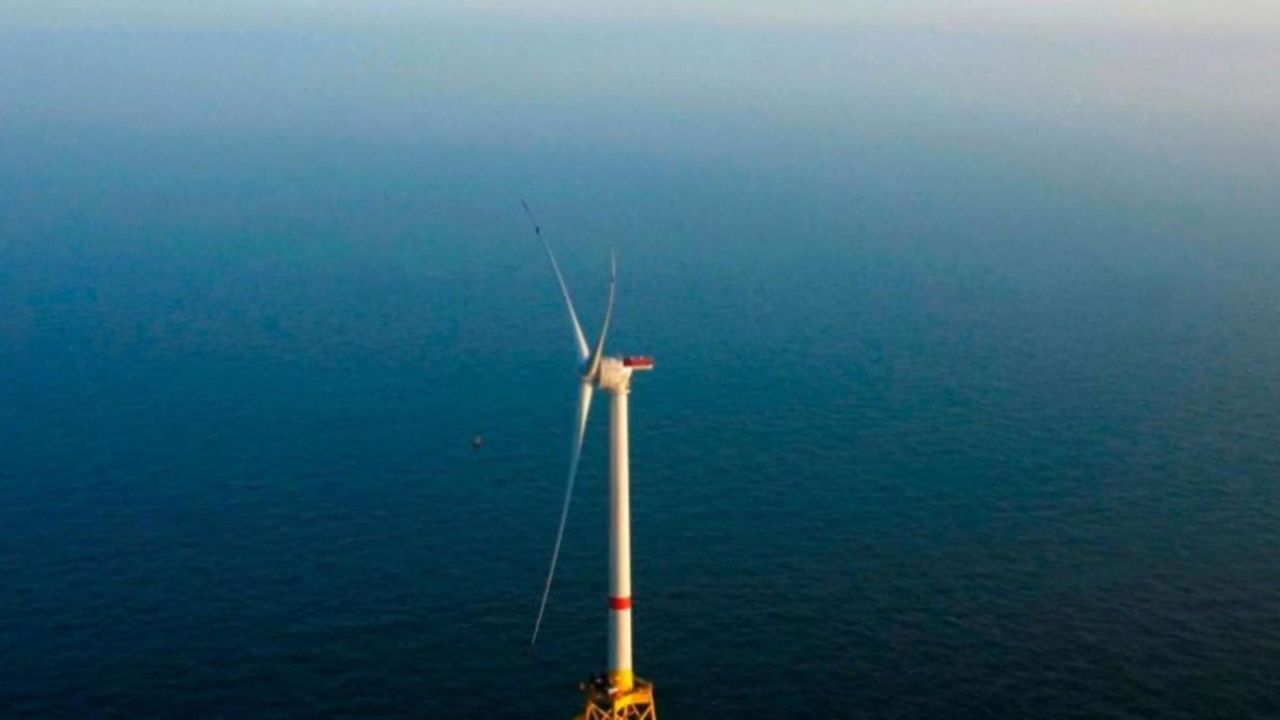 On Tuesday, April 3, 2018, East Hampton Town board members and residents were adamant about their requests for information, research and money to study and mitigate what they said are the potential impacts of the South Fork wind farm, a $1.62 billion project proposed by Deepwater Wind.  Credit: Randee Daddona

Even as Deepwater Wind indicated it was behind on its schedule to file more than a dozen permit applications for its South Fork wind farm, East Hampton Town board members and residents Tuesday doubled down on their requests for information, research and money to study and mitigate potential impacts of the $1.62 billion project.

Deepwater Wind, after more than a year of public meetings, opted to land the cable for the 15-turbine wind farm at a beach in Wainscott controlled by town trustees, a move that gives East Hampton an important say in how that cable makes its way under local waters, that beach and roadways.

Deepwater has offered a list of “community benefits” to the town valued at hundreds of thousands of dollars. They include water quality improvement and fisheries research funds, as well as offering to bury power lines that are now on overhead lines. But the town and residents want more.

Deepwater Wind is under a tight timetable to have the project built and producing power by December 2022 under a $1.62 billion contract with LIPA. The developer had planned to file more than a dozen permit applications with state and federal authorities by the end of last month, but the effort has been delayed while it negotiates with East Hampton.

Under state rules, Deepwater can’t start the permitting process until it can demonstrate “local site control” for the Wainscott cable route.

East Hampton Town on Tuesday pressed Deepwater for more information about the impacts of local construction and detailed millions of dollars more that it is seeking beyond Deepwater’s prior offer. Among the requests: $2 million to establish a fund for fishermen to be used for buying back licenses, and establishing license transfer and apprenticeship programs.

Deepwater’s plan for 15 turbines off the Rhode Island coast would deliver up to 90 megawatts of power, primarily to the South Fork, via a 60-mile cable to a beach in Wainscott.

Deepwater had considered two other state park options to land the undersea cable farther east that would not have required town easements, but decided on Wainscott after community input, said Deepwater’s vice president for development, Clint Plummer. “Our very strong hope is that we are able to get an agreement with the town,” said Plummer. “If we can’t, we’ll have to go forward with other options.”

That didn’t stop town board members from pressing for more.

“I’m still a little concerned about the drilling methodology,” said town board member Jeffrey Bragman, reading from a long list of questions he had about the impact of the work.

Fishermen expressed concern about loss of fishing grounds from the 15 turbines in an area known as Cox’s Ledge off Rhode Island, as well as potentially thousands more slated for the region. Some said they were concerned about impacts of the high-voltage cable, which could interfere with trawling gear and emit electromagnet radiation that they say could affect fish migration, spawning and habitat.

“This is essentially our last local bargaining chip,” said Daniel Farnham, a commercial fisherman from Montauk who said the expected 1,200 turbines planned for waters from Massachusetts to New Jersey would create “pretty much a forest” in waters that are now a “savanna.”

Bonnie Brady, executive director of the Long Island Commercial Fishing Association, urged town board members to slow the process to “give us the time to do it right,” or “fix the grid [so] there’s no need to sully the ocean.”