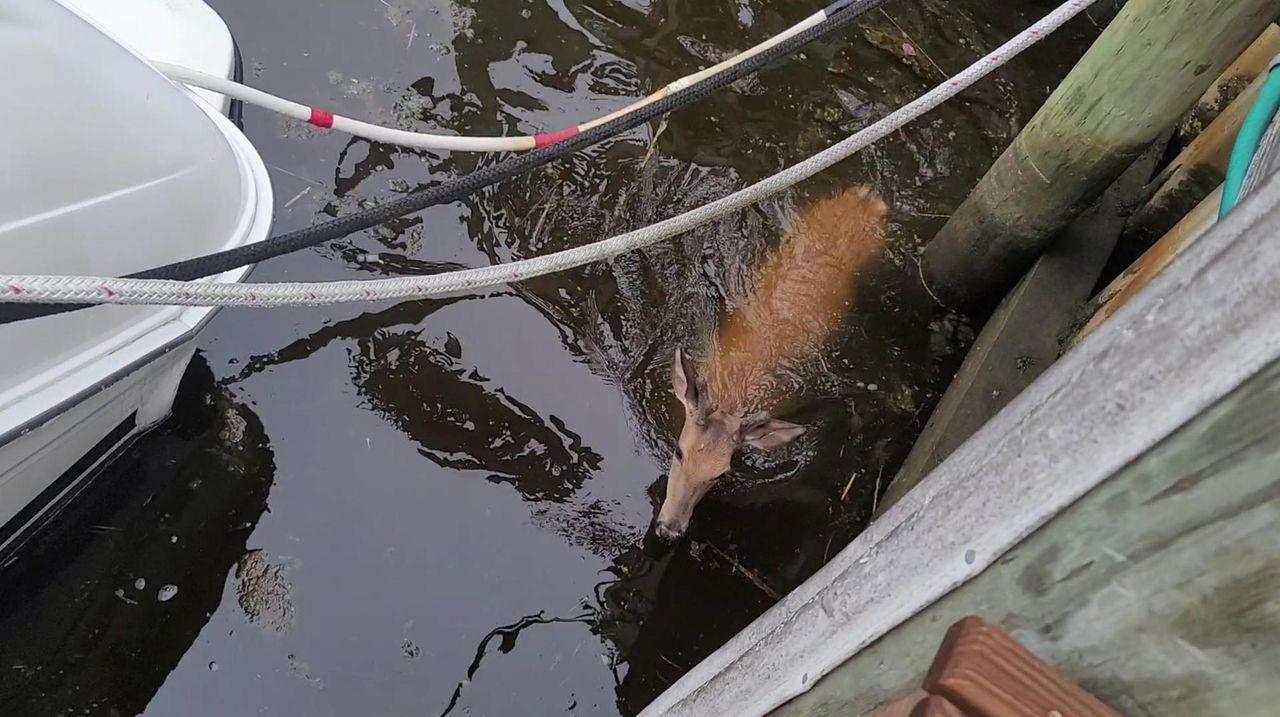 A deer in need to get out of a Brookhaven canal Thursday was rescued by first responders, officials said.

The animal was spotted behind a home on Buscher Court near Bellhaven Road, resident Janet Wulff said.

"We heard a noise and we ran to the door to see and there was a deer in the backyard," she said. It "went to the edge of my bulkhead and jumped in the canal. We didn’t know what to do, so we tried to help ourselves but … it’s a heavy deer."

Gregory C. Miglino Jr., chief of department at South Country Ambulance Company, said the agency received a call about 12:35 p.m. that a deer "had somehow got into the canal." Miglino said its marine division responded with a boat.

"We were prepared to lift the animal out, but in situations like this it’s best to let nature do what nature does and we felt at this point in time it was easier to work to drive the animal toward shore," Miglino Jr. said. "And once we drove it toward the shore, which was approximately three to four hundred yards down, the animal was able to self-extricate."

But, Miglino Jr. said the deer "seemed to be in good shape" and "so the determination was made to just allow the deer to swim to a point where it can self-extricate and we helped guide it along with our boat."