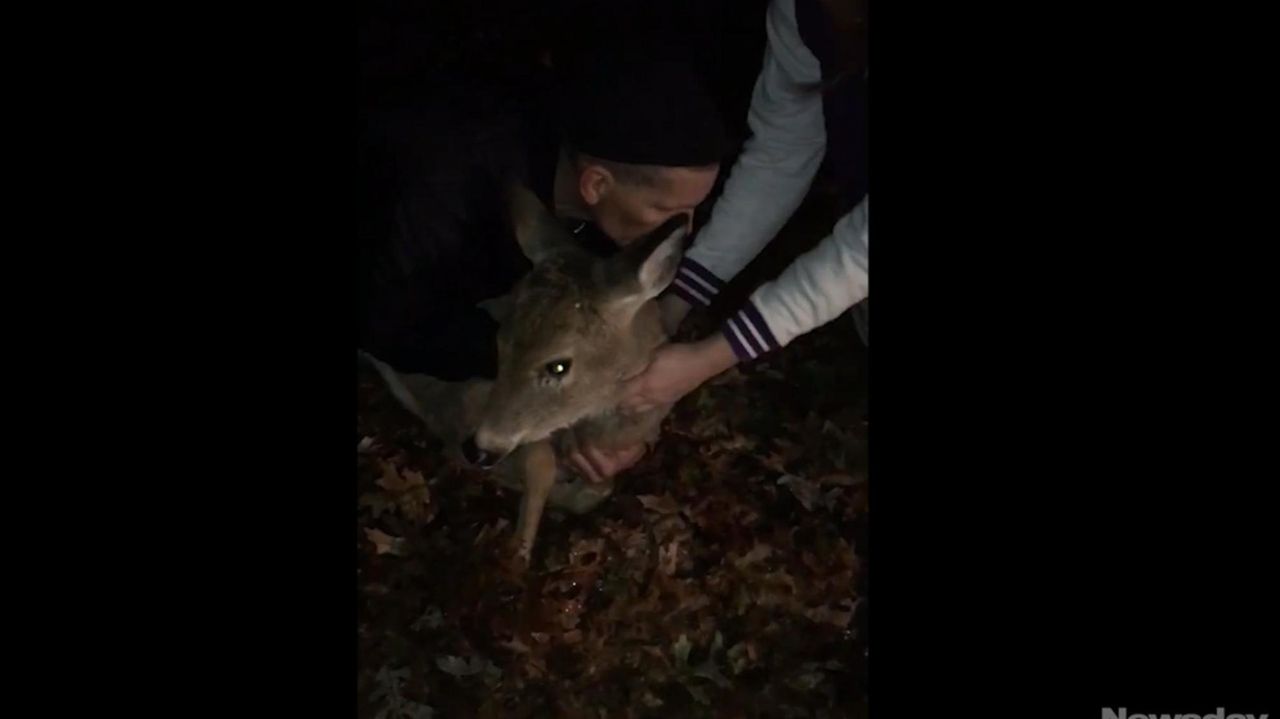 A deer with its head stuck in a jar was rescued Tuesday night, Dec. 12, 2017, by residents and volunteers in Mastic Beach. Credit: Dawn Michael

For days, residents in Mastic Beach kept their eyes peeled for “Jughead,” a young deer with a jar stuck on its head darting throughout the community.

The deer was spotted some time last week running wildly with its head in an Utz pretzel container, according to Dawn Michael, a Mastic Beach resident who had been tracking the young buck.

Michael and her husband, Ted Michael, with other residents and rescue volunteers, spent hours cruising up and down Pineway Avenue and Wavecrest Drive searching for the deer, which they affectionately named Jughead, after the Archie Comics character.

Neighbors would post about seeing the deer in their yards or on the street in a Facebook community group, Michael said. But the buck did not stop there — each time taking off just before Michael or others could grab hold of it.

“My husband and I had not been able to sleep,” Michael said. “We were so focused on saving this poor animal.”

The search continued Tuesday. Jughead was seen in a yard on Pineway Avenue, said Jeff Rueb, 47, of Mastic Beach, another member of the search party. They finally corralled the animal near a chain-link fence and Alyssa Wangenstein, a volunteer with the nonprofit organization Strong Island Animal Rescue, wrestled the animal to the ground, keeping it still while Ted Michael yanked the jar off its head.

Freed from the plastic container, the deer, which appeared a little dehydrated but otherwise healthy, ran off, Dawn Michael said.

“I’m just glad we were able to help,” Rueb said. “The community really rallied around this cause.”