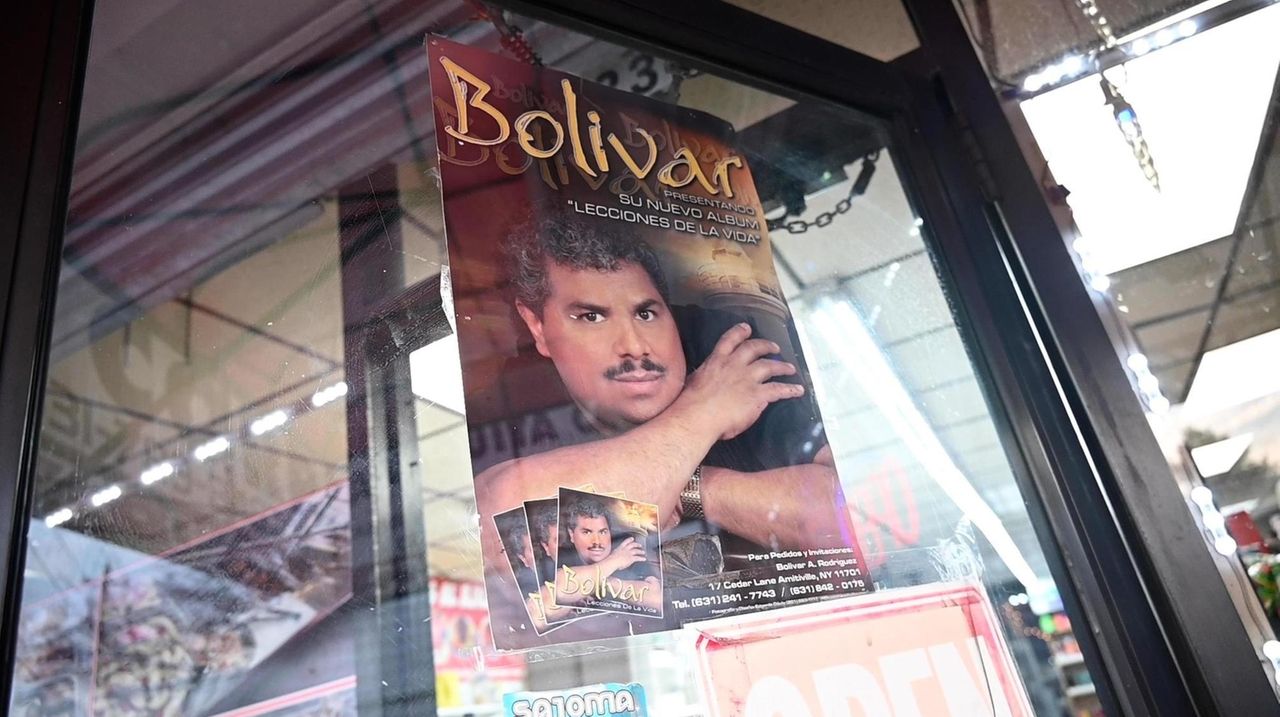 About everything inside La Vaquita Corp. deli on Great Neck Road in Copiague remains the same, from the availability of Dominican-style cuisines to ibuprofen on the shelves, but its heart and soul is missing from behind the cash register.

Owner Bolivar Rodriguez died this month after being shot at the business he opened 27 years ago. By reopening Dec. 23, his family is trying to make sure the deli's community spirit lives on.

On Dec. 12, a gunman opened fire inside the deli, killing a customer, Manuel Cruz-Hernandez, 47, of Copiague. Bolivar Rodriguez, of Amityville, died of his injuries Dec. 13, five days after his 61st birthday. Two other people were hurt.

For several days, candles and flowers were placed on the deli’s entrance steps in honor of Rodriguez, a native of the Dominican Republic. The funeral was at Our Lady of Assumption Church in Copiague, to which he had donated food. A tribute video created for Rodriguez included photos of birthday celebrations inside the store, a gathering place for the family and the community at large.

Rodriguez’s son, Oscar, one of three children his father had, said he knew the store needed to reopen because, like his dad, he wanted it to be available for the public. The deli first opened in 1993.

"That didn’t need to be talked about," Oscar Rodriguez said about reopening. "The store was his pride and joy."

La Vaquita means "little cow," which was her husband’s favorite animal, Josie Rodriguez said. She and her sister-in-law, Josefina, one of 11 brothers and sisters Rodriguez had, worked in the store.

"We didn’t argue. We always talked," Josefina said in Spanish about working with her brother. "He was like a dad."

Oscar Rodriguez said that growing up, he came to the deli with his father when he opened for the day before heading to school. He watched cartoons in the back of the store, where they would often gather as a family. He said his dad always wanted him in the store, but also wanted him to get an education.

"Since they didn’t have the opportunity, he wanted us to go to school," Oscar Rodriguez said of the values his parents instilled in him and his brother and sister. With an interest in business, he would tell his dad he wanted to follow a similar path, but, "He wanted me to be better than him," Oscar said.

Rodriguez’s other son, Bolivar Jr., said his father taught him about money, cooking and making decisions.

The elder Bolivar Rodriguez was an avid listener of romantic music, so much so that he put out a 10-track list in Spanish, which included songs such as "El Amor es Amor," or "The Love is Love," and "Lecciones De La Vida," or "Lessons of the Life." Rodriguez would play songs for his wife at home and they could be heard through the speakers in the deli.

Customers who came into the store on Christmas Eve could choose from a selection of ham, roast chicken, pig and yuca, which is similar to a potato. Moe Hossain, of Lynbrook, stopped in to buy ham and yuca. Hossain, who in October opened RLB Safety and Hardware on Montauk Highway in the hamlet, said Rodriguez came by for the grand opening.

"He said, ‘We are small businesses, but we can help each other,’ " Hossain recalled Rodriguez telling him. "That’s a good thing about him."

Rodriguez’s sons and his widow said they plan to keep the store running. They may change a bit inside, but the store’s mission will not be altered.

" … Anybody with money or without money, we’re here to serve the people," Bolivar Rodriguez Jr. said. "I’m just like my father, I love the community."

Cops: 1 killed, 3 injured in shooting at Copiague deliThe son of one of the victims wounded says his father is in critical condition at a hospital.

Ocean Parkway Greenway's 10-mile extension finished months early
2:12 Officials describe timeline that triggered Suffolk cop suspensions
2:29 Looking back one year, 'I see that I am one of the lucky ones'
2:15 Cuomo: NY pushing toward reopening, agreeing to limit COVID-19 powers
Cuomo's handling of accusations may have violated harassment law
Guilty plea in Merrick killing of high school teaching assistant
Didn’t find what you were looking for?