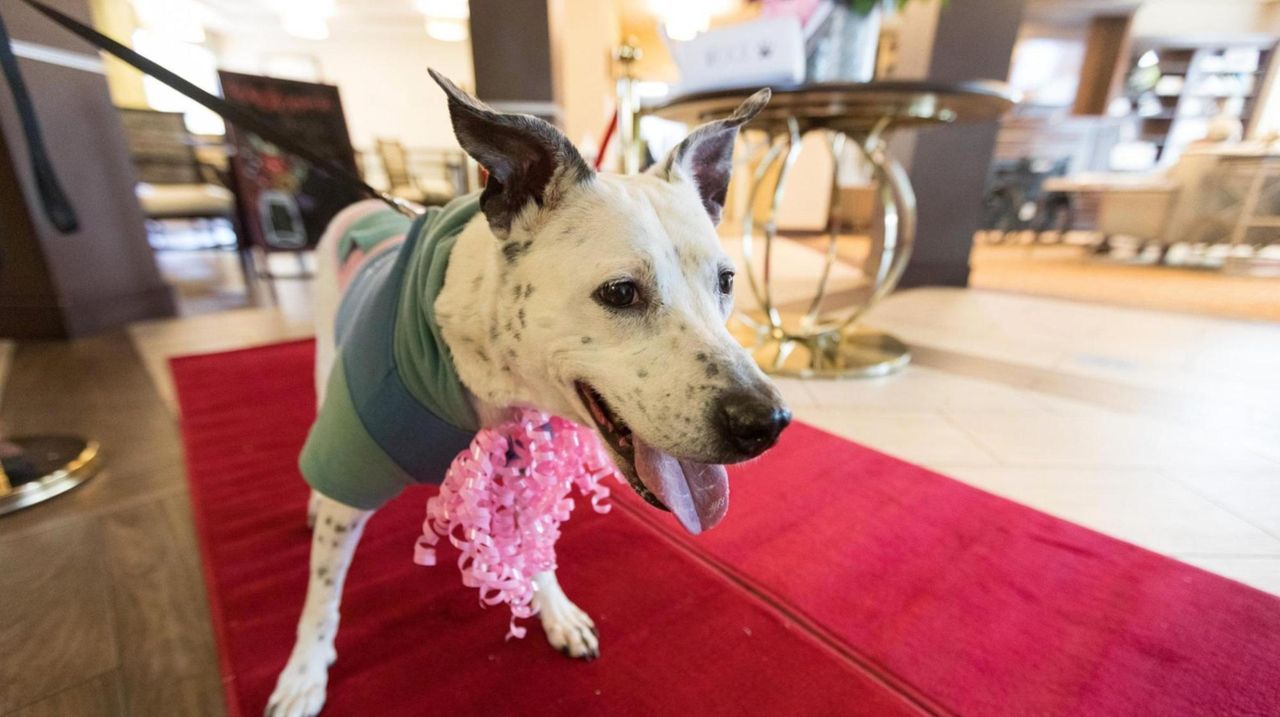 A 96-year-old woman was reunited with her dog Friday after they spent more than two months apart when Annadele Kleinert had to go to rehab after a fall in her home. She’s now out of rehab and was reunited with Dolly at their new home in Patchogue. Cecilia Dowd reports. Credit: Howard Schnapp

Tears streamed down Annadele Kleinert’s face when she laid eyes on her best friend, Dolly, a mix-breed Dalmatian she had not seen since falling at her Hampton Bays home in January.

The 96-year-old Kleinert reunited with her four-legged companion Friday at the Village Walk Senior Living facility in Patchogue. The reunion was facilitated by the facility’s staff. Kleinert broke her shoulder during her fall on Jan. 10.

"I never thought my dog would be here," Kleinert said. "Without her, I’d be miserable. She’s a good dog, a real good dog."

Alyson Lauriguet, director of life enrichment and memory care at Village Walk Senior Living, said the reunion between Kleinert and Dolly was touching. Dolly had been at the Southampton Animal Shelter because Kleinert didn’t have any family or friends who could take care of the pooch while Kleinert recovered, Lauriguet said.

"It was really special to see her reaction," she said of Kleinert's emotional reaction. "It’s so special to see because there is no better relationship than a human and their dog."

Lauriguet said after her fall, Kleinert was hospitalized for more than two weeks. She was discharged from a rehabilitation facility Friday after being there since Jan. 27, Lauriguet said. Dolly has been Kleinert’s dog for about a dozen years, Lauriguet said. The 14- or 15-year-old canine was adorned with pink ribbons around her neck while she laid down next to her owner Friday. Kleinert spoke about her animal in loving terms, sometimes crying, and other times breaking into laughter.

Lauriguet said the longtime roomies have a place to call home again, and they won’t be separated anymore.

"She can live with the dog here. She has an apartment, all furnished. There’s a dog bed," Lauriguet said. She added that the reunion between Dolly and Kleinert couldn’t come soon enough.

"With everything going on, it’s great to see something positive for once," she said.