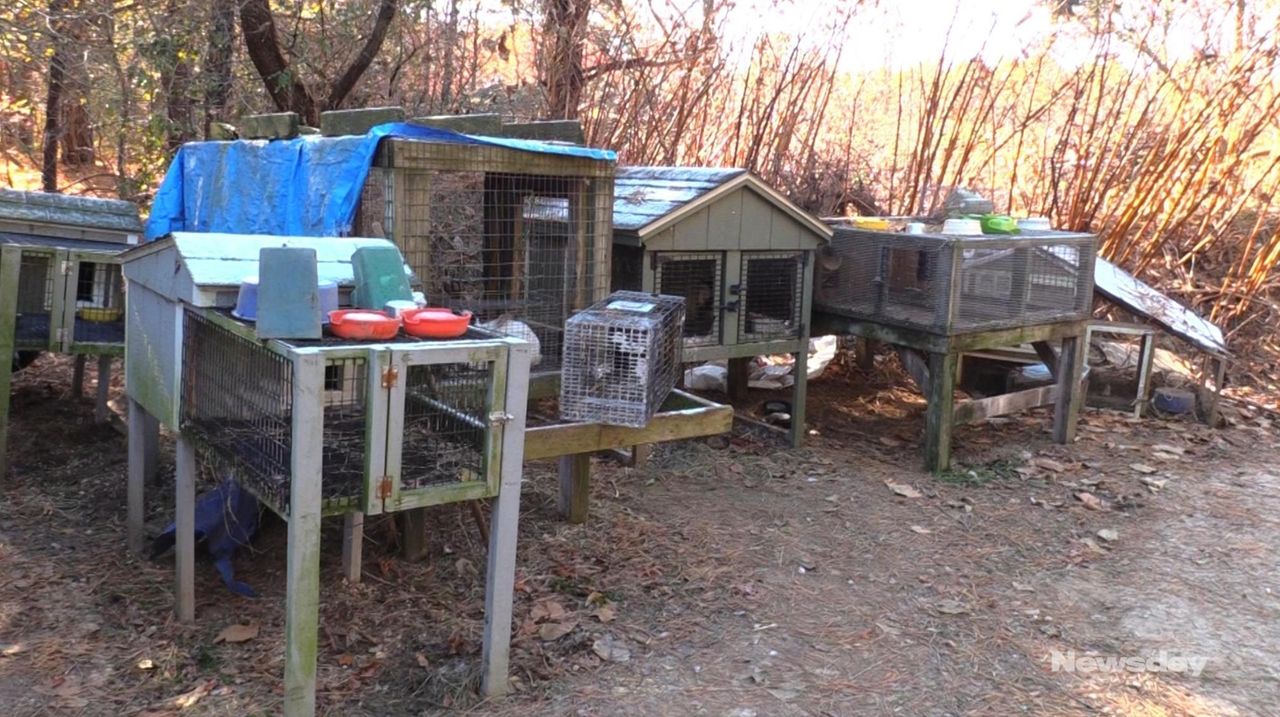 Three bloodhounds and three beagles, ranging between 1 and 5 years old, were rescued late Tuesday and transported to a Selden shelter, police said.

A 911 call at 10:40 p.m. reported two of the dogs had been left chained outside, police said, and two were found in cages, all unattended, without access to shelter, in what was described as "a nonresidential area" on Toppings Path near County Road 111.

Responding officers said the temperature at the time was 23 degrees and water found in nearby dog bowls was frozen.

The dogs were placed with Animal Emergency Service on Middle Country Road in Selden.

Video from the scene also showed a number of rabbits at the site. Police said the rabbits were considered livestock, in good health, and not taken from the site.

Police are asking anyone with information about the dogs to call the Seventh Precinct Crime Section at 631-852-8726.