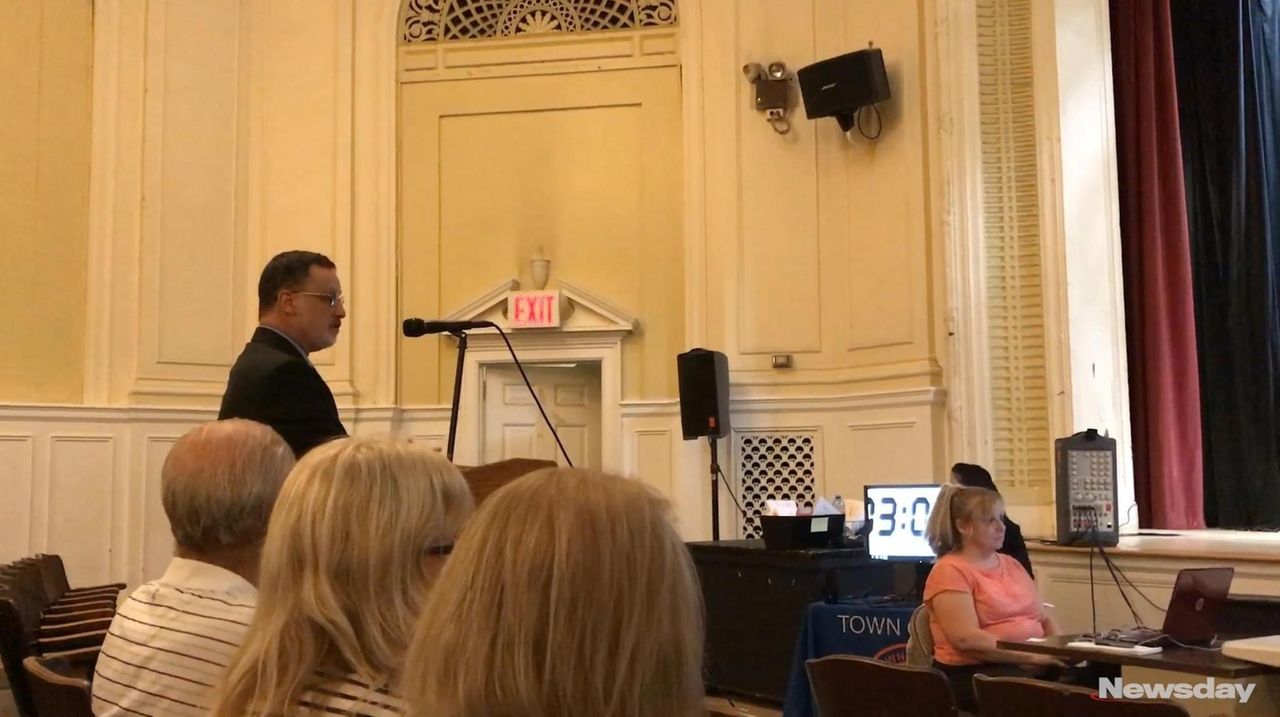 Thomas Wassel, an attorney for Mercury International LLC, which owns Dowling College campus in Oakdale, told the Islip Planning Board Thursday that Mercury wants to preserve and polish the “jewel of the community.” Credit: Newsday / Rachelle Blidner

Islip Town Planning Board members and residents expressed concerns Thursday about a lack of details in a bid to preserve parts of the shuttered Dowling College campus in Oakdale.

The planning board postponed a decision on property owner Mercury International LLC’s application for a planned landmark preservation district overlay, which would protect the exterior of some buildings while using the facilities in alternative ways.

Planning board members said Mercury did not submit enough information for a decision on a wide range of special uses — including a school, farmers market and mooring wharf for boats — prompting Mercury to withdraw that part of its application for a later date.

“We have nothing in front of us to review,” planning board chairman Edward Friedland said of the proposed special uses.

Mercury has applied for a planned landmark preservation district to preserve the Idle Hour mansion and the Performing Arts Center. Company officials said they do not know exactly how they will use the $26.1 million  campus, but that getting the preservation district will help them move forward with their goal of opening an educational institute. They said they are awaiting the results of a market study on the best use of the property and have not conducted structural assessments of buildings.

The special uses that were sought were consistent with facilities operated by Dowling College before it closed in 2016, said Don Cook, Mercury’s director of operations.

The planning board will make a recommendation to the town board, which will have the authority to change the zone from residential. Town planning staff would like to explore limiting future enrollment if the site is used as a college, planner Chris D’Antonio told the crowd of more than 50 residents.

Residents expressed support for Mercury’s efforts to preserve what they call the “jewel of the community” while noting concerns about possible future development, even with a preservation district.