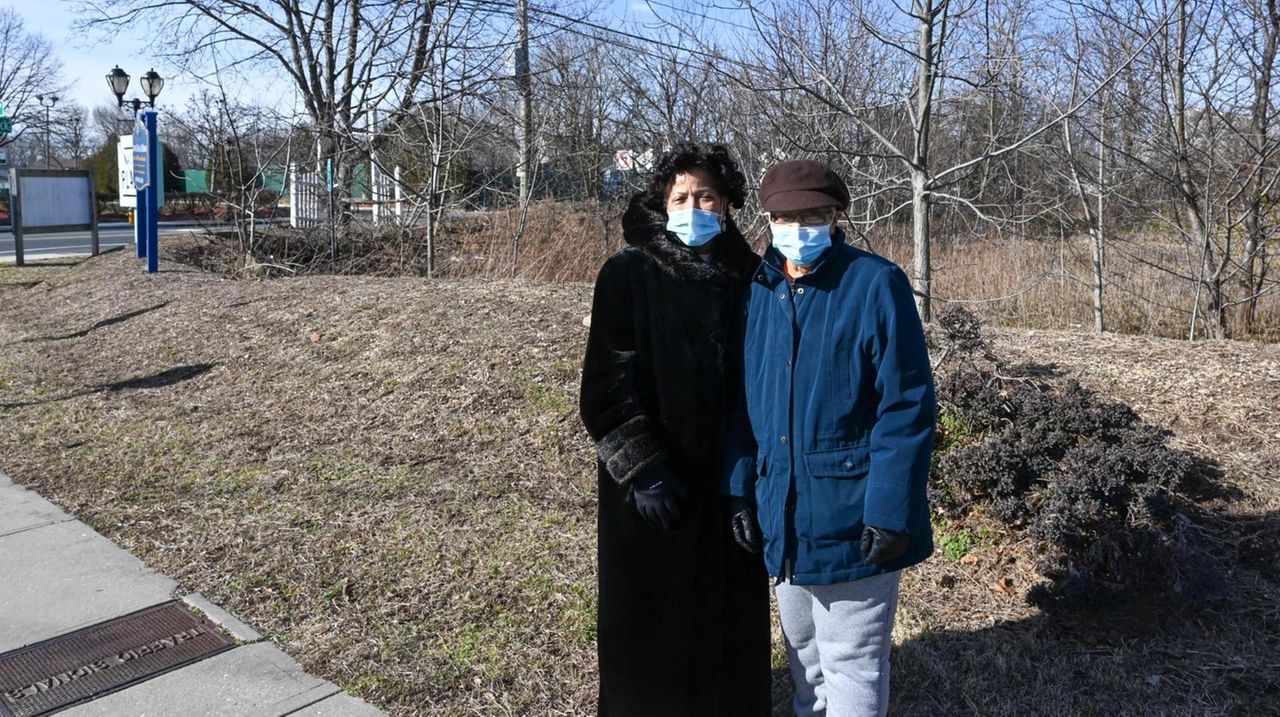 A corner in North Amityville that was once a notorious and nationally known open-air drug market will be the site of Babylon Town's new courthouse, the final transformation of a site that community activists have been trying to revitalize for 30 years. Delores Quintyne, a longtime community activist and town ZBA member, tells us about "The Corner" and what she hopes will finally happen and what it will mean for the town. Credit: James Carbone

A property that was once part of a notorious open-air drug market in North Amityville will now be home to a new Babylon Town courthouse, a move that community members are calling the final piece of a nearly four-decade quest to revitalize the area.

The two-story building will be constructed on the empty northeast lot of the infamous intersection of Great Neck Road and Albany Avenue known as "The Corner." During the mid-1980s, the intersection gained national attention as hundreds of crack dealers and their clients regularly gathered in the strip mall parking lots, drug pushers waving down cars in the street to sell their wares. As police attempted to quell the sales, the illegal activity, including prostitution, shootings and stabbings, seeped out into the neighboring working-class community.

Longtime community activist Delores Quintyne remembers those days and the wooded corner that will now be developed.

"The drug dealers used to hide in those woods whenever the police came," said Quintyne, 87, a member of the town zoning board.

Local activists tried to revitalize the intersection as officials promised to reclaim the properties from the criminals. One northern corner parcel was seized by the county in 1988 for back taxes and given to the town for affordable housing that never materialized, while three other parcels were eventually bought by the town. Renewal ideas were floated, but bureaucracy and community infighting slowed the process.

In 2010 the town approved a vision plan for the area that called for mixed-use buildings with commercial space and housing, a plaza and a garden. Then, in 2014, the town sold its four lots on the two northern corners to developer Jim Kaplan with the promise that he would bring in businesses that the community wanted, such as a grocery store and medical offices. Dollar General came to the northwest lot, but the northeast corner remained vacant.

"We were wondering if it was ever going to be developed," Quintyne said.

Kaplan tried to get approval for a 7-Eleven on the corner in 2018 but residents and town officials rejected it. The town last year approached Kaplan about constructing a building they could lease.

Town Supervisor Rich Schaffer said the 11,100-square-foot building will have the town’s newly created civil service department on the second floor and a new administrative courtroom — where the town will adjudicate code violations — downstairs. Babylon is still awaiting state approval to establish the administrative court. The town will pay Kaplan $476,000 annually for 20 years, which at about $42 per square foot is more than the $25-$35 per square foot average for area rents, said town spokesman Dan Schaefer. He said the higher cost is due to the building being customized for the town.

Officials hope to be in the building in early 2022.

"This is the chapter that we wish had been written about 20 years ago," Schaffer said, noting that the community is finally "getting to see the finale of this and what it means to have a true downtown."

Some residents aren’t sold on the plan. Yolanda Smith, 42, who lives on a nearby corner, worries about the traffic the building will bring to a neighborhood already saturated with school buses and parents picking up children.

"It’s just too much in this little compact area," she said.

Quintyne said the town building will provide jobs in the community and will be "something you can look at and be proud of." She also hopes it "closes the chapter" on the infamous corner.