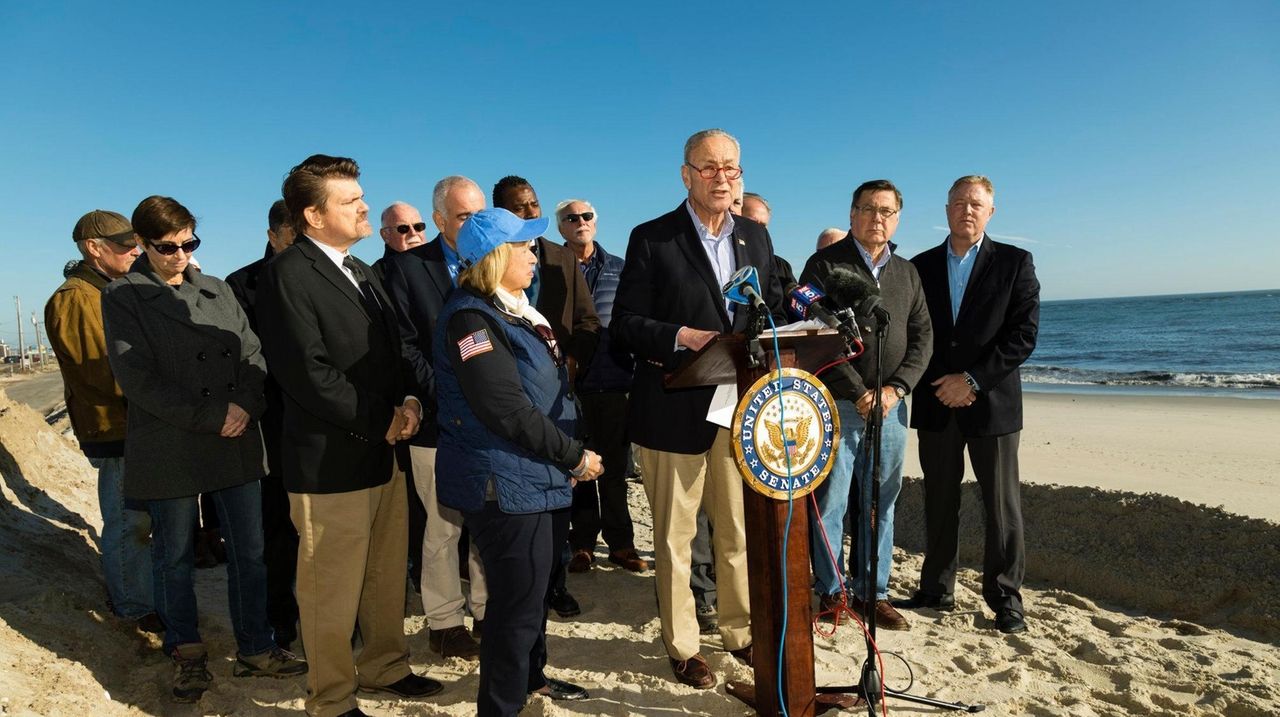 The dune east of the Ponquogue Bridge has been washed over several times since an Oct. 10 nor’easter, despite emergency work to protect the barrier island. The beach there is susceptible to erosion as jetties along the nearby Shinnecock Inlet starve the coast of sand that would otherwise be naturally deposited. October storms also dealt damage to the Fire Island shore in Brookhaven and Islip towns, officials said.

Suffolk County began dredging 90,000 cubic yards of sand in early November to rebuild the Hampton Bays dune and protect the road, three nearby restaurants and the fishing dock — which is the second largest in New York State. That project is still underway, yet officials now say the new dune could be wiped out by spring.

“In my opinion, unfortunately, I don’t believe that this project will be sufficient to last the winter,” said Suffolk County Chief Engineer of Public Works William Hillman who toured the area with Rep. Lee Zeldin (R-Shirley) Tuesday.

Schumer said the Army Corps can act under Public Law 84-99, which gives the federal agency the ability to step in following emergencies caused by flooding.

Schumer said he had spoken with Col. Thomas Asbery, commander of the Army Corps of Engineers New York District, and agency officials are optimistic they can assist. An Army Corps spokesman said the agency received Schumer’s request and is working under the law to determine the best approach for addressing conditions at the Shinnecock Inlet.

“They moved mountains quickly and got the approvals faster than anyone could have imagined,” Zeldin said.

Schumer stressed the need to again act quickly, and said he hopes a determination will be made by Thanksgiving.

“Every day we don’t get this done is another day of potential danger,” he said.