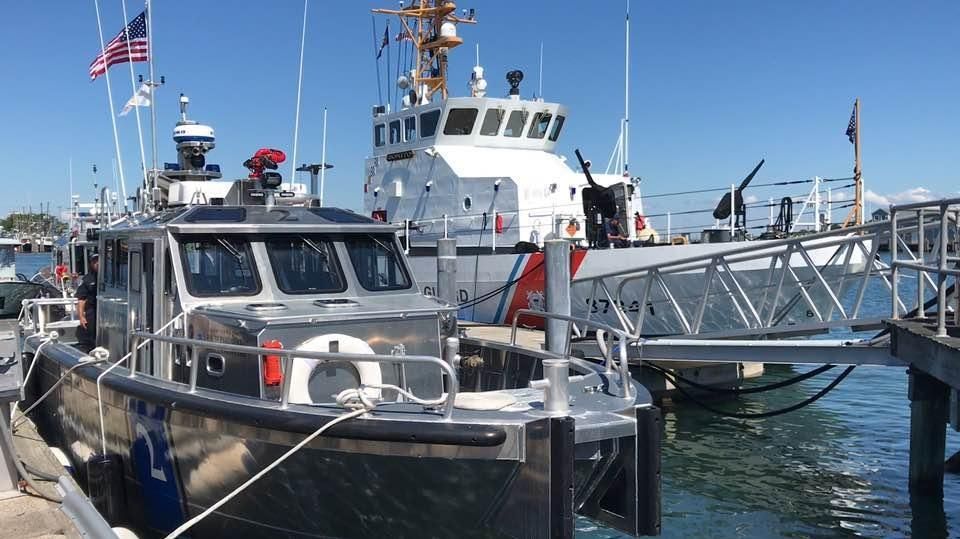 A new port security vessel that has docked in Montauk will help fight fires in the hamlet’s harbors and aid the U.S. Coast Guard, officials said Wednesday.

East Hampton Town officials purchased the $600,000 custom-built vessel last year using a $450,000 grant from the Department of Homeland Security. It was built by Alabama-based Silver Ships Inc. and arrived in the Montauk harbor in June.

“All you have to do is look around the harbor and see the hundreds of millions of dollars of assets that we have here that are on the water or on the shoreline for you to understand the importance of the ability of this vessel for security reasons, but just as importantly, for firefighting, fire protection purposes,” Town Supervisor Larry Cantwell said Wednesday.

U.S. Coast Guard Capt. Andrew Tucci, who oversees the Long Island Sound sector, said the boat will aid the mission of the agency that is under the Department of Homeland Security, including performing rescue operations and protecting residents from natural disasters and fires. He noted that the 42-foot silver vessel has a stronger firefighting capability than any of the other vessels in the fleet of the U.S. Coast Guard stationed in Montauk.

“What this boat does is strengthen this community,” Tucci said.

The vessel will also be the first that the Montauk Fire Department can use to fight the approximately six fires on the water it battles every year, said Montauk Fire Chief Vincent Franzone. Franzone said the 130-member volunteer department has previously had difficulty getting close enough to the fires on the water to put them out quickly. But this boat acts as a portable fire hydrant and can pump foam.

While the boat was hailed as being state-of-the-art, the engine did not immediately start during a test run Wednesday, leaving it stranded in the Montauk inlet for a few minutes. When the vessel finally started after some technical difficulties, it cruised by with flashing blue lights.

The test run was part of a ceremony to formally name the boat after John L. Behan, a former state assemblyman and Vietnam War veteran from Montauk. Behan, the town’s former tax assessor, said he was thrilled that “at age 73, I’m still remembered for my service to my town, the state and the country.”

“I’m proud to have my name there back in the harbor of Montauk,” Behan said.