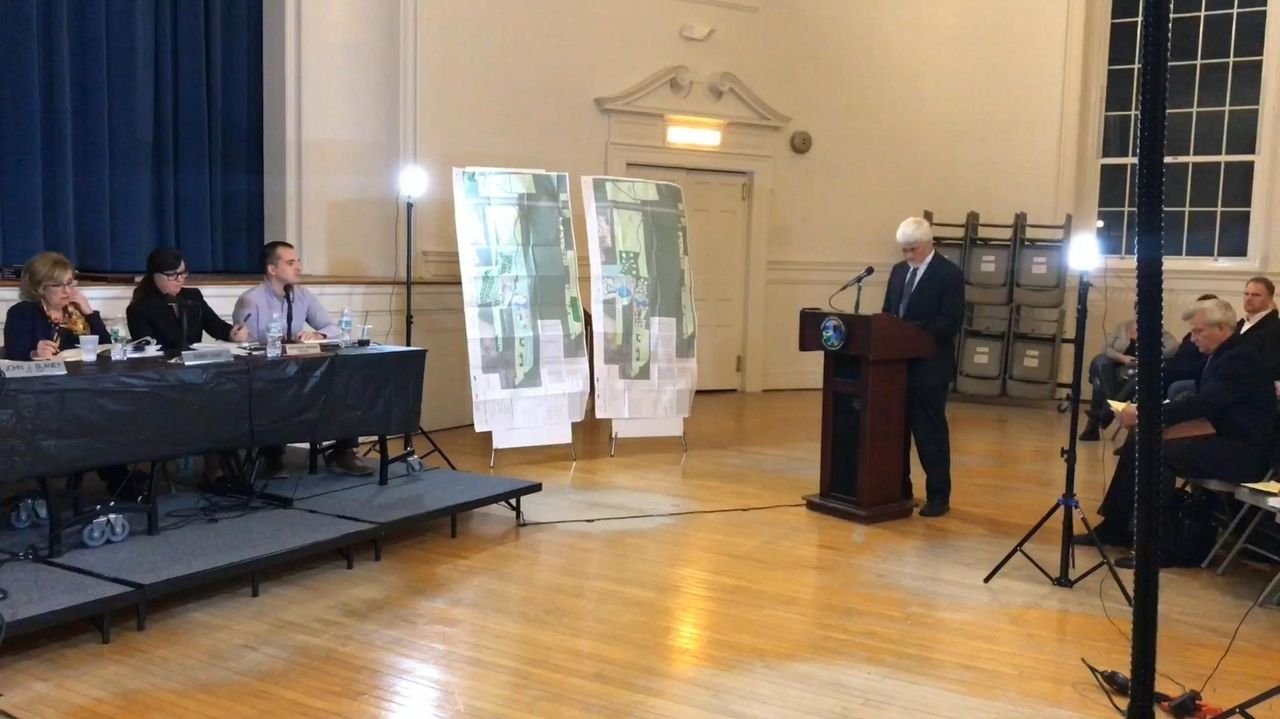 A Southampton Town Planning Board public hearing was held Thursday, Feb. 22, 2018, to discuss a pre-application to build a golf course and 118-unit subdivision in East Quogue. Credit: Newsday / Vera Chinese

East Quogue residents crowded into Southampton Town Hall as developers pitched a new golf course community in a proposal similar to one rejected by the town board in December.

More than dozen community members spoke against the plan at a planning board public hearing last Thursday and a handful spoke in favor of the development, although none of their comments are likely to have an impact on whether or not the project moves forward.

Planning Board chairman Dennis Finnerty noted that while the town board could take public comment into account in its decision, his board’s decision was restricted to whether or not the plan conformed to town code.

“We pretty much have to go with the science and the planning,” Finnerty told the crowd gathered in the auditorium. 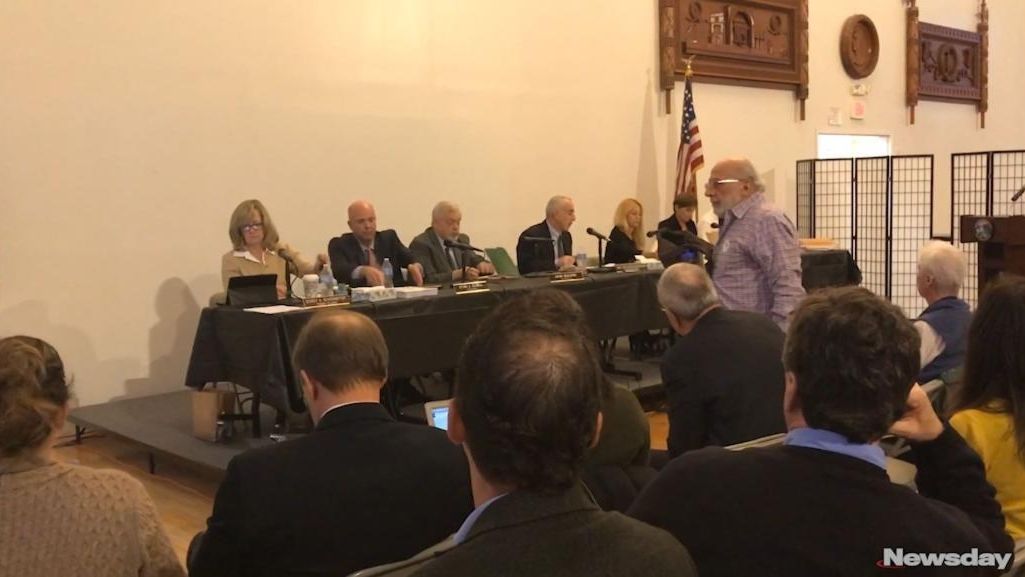 Southampton town board votes down The Hills The town board did not reach a supermajority needed to approve The Hills at Southampton, a proposed luxury housing community in East Quogue, during a packed special meeting at town hall on Tuesday, Dec. 5, 2017. Credit: Newsday / Rachelle Blidner

Arizona-based developer Discovery Land Co. filed a pre-application with the planning board in December, two weeks after the town board rejected a controversial golf course and subdivision proposal known as The Hills.

“They’re back,” said Richard Amper, executive director of the Pine Barrens Society, quoting the catchphrase from the 1986 movie Poltergeist II.

Like the previous plan, the pre-application, filed under the name Lewis Road Planned Residential District, calls for 118 seasonal residential units, a private golf course and amenities. It also includes a substitute plan calling for 137 residential units for seasonal use with 13 year-round workforce housing units but no golf course, although Discovery representatives said the company would prefer the 118-unit plan.

A key difference in the current plan compared with the old one is that the golf course would only be open to property owners. Discovery said it can build an 18-hole golf course as a “residential recreational accessory” for the residents of the units and do so without a zoning change or town board approval. Town officials are researching their argument, Finnerty said.

Representatives of the developer said the golf course plan would include the same on-site environmental mitigation methods pledged for The Hills, such as limits on fertilizer use and as well as a $2.66 million payment to the town’s affordable housing fund.

“Our charge as an environmental consulting team is to have this be a model project that is environmentally sensitive and will have a net benefit,” Chic Voorhis of Melville-based Nelson, Pope & Voorhis, which is consulting on the project, said at the hearing.

Still, some residents at the hearing said they fear a golf course in the environmentally sensitive Pine Barrens could harm their drinking water.

“We don’t have the luxury of reservoirs like they do upstate, therefore we must be protective of our sole source of water,” said Geraldine Jack, co-chairwoman of the East Quogue Citizen Advisory Committee, a community group that advises the town.

Cynthia McNamara, another committee member, asked the board to approve the 118-unit plan and said it would be difficult for the community to absorb the 137-unit plan.

“Workforce housing would be year-round residents, which would be a further drain on our fire [department], EMS and our schools,” she said.

The planning board is expected to issue a report with recommendations to the developer before Discovery files a formal application with the planning department.

Southampton board rejects The Hills projectThe Southampton Town Board voted down a proposed luxury housing community in East Quogue on ...