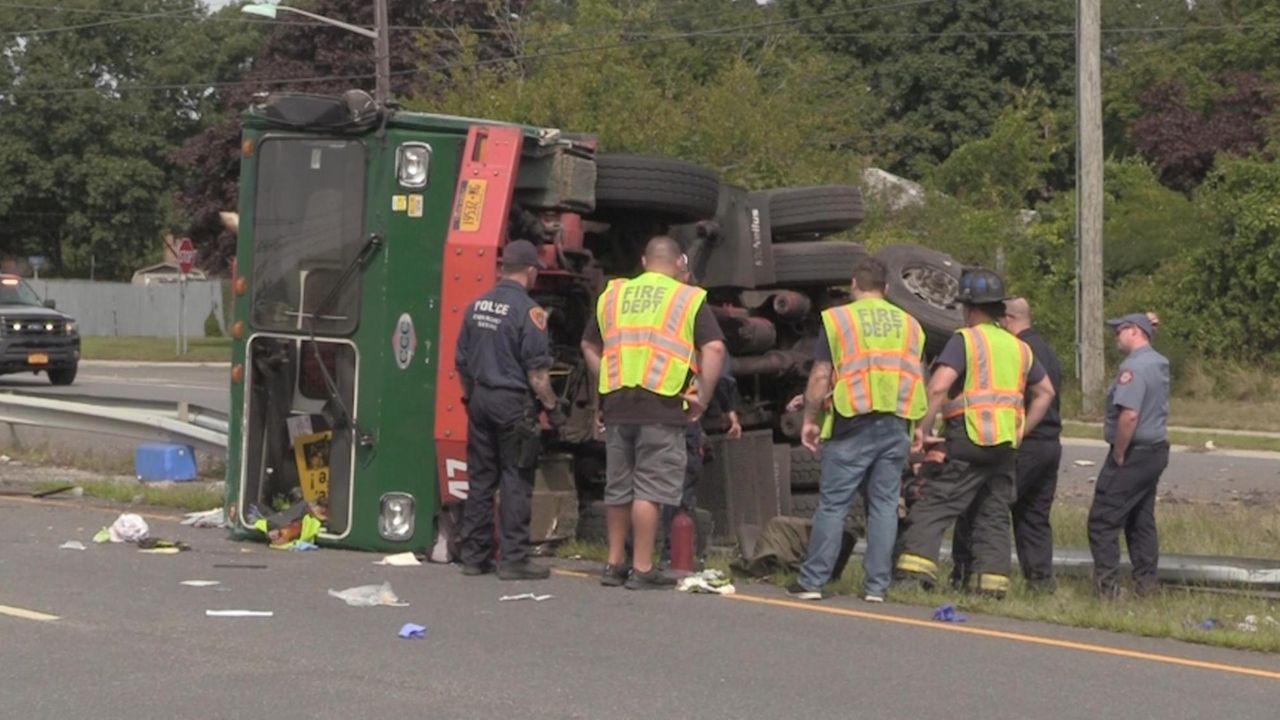 The truck, which was going east on Veterans Memorial Highway, near Coates Avenue, crashed at 11:18 a.m. after blowing out a tire, police said. The driver lost control of the vehicle, which overturned onto the roadway's median, authorities said. The truck was a private contractor working for the Town of Islip, officials said.

Three male occupants of the truck, all in the vehicle's cab, were taken to Stony Brook University Hospital where they were treated for non-life-threatening injuries, police said.

The Suffolk police Motor Carrier Safety Section responded to the scene and inspected the truck, officials said. No summonses were issued.

A small amount of garbage from the truck spilled onto the roadway.