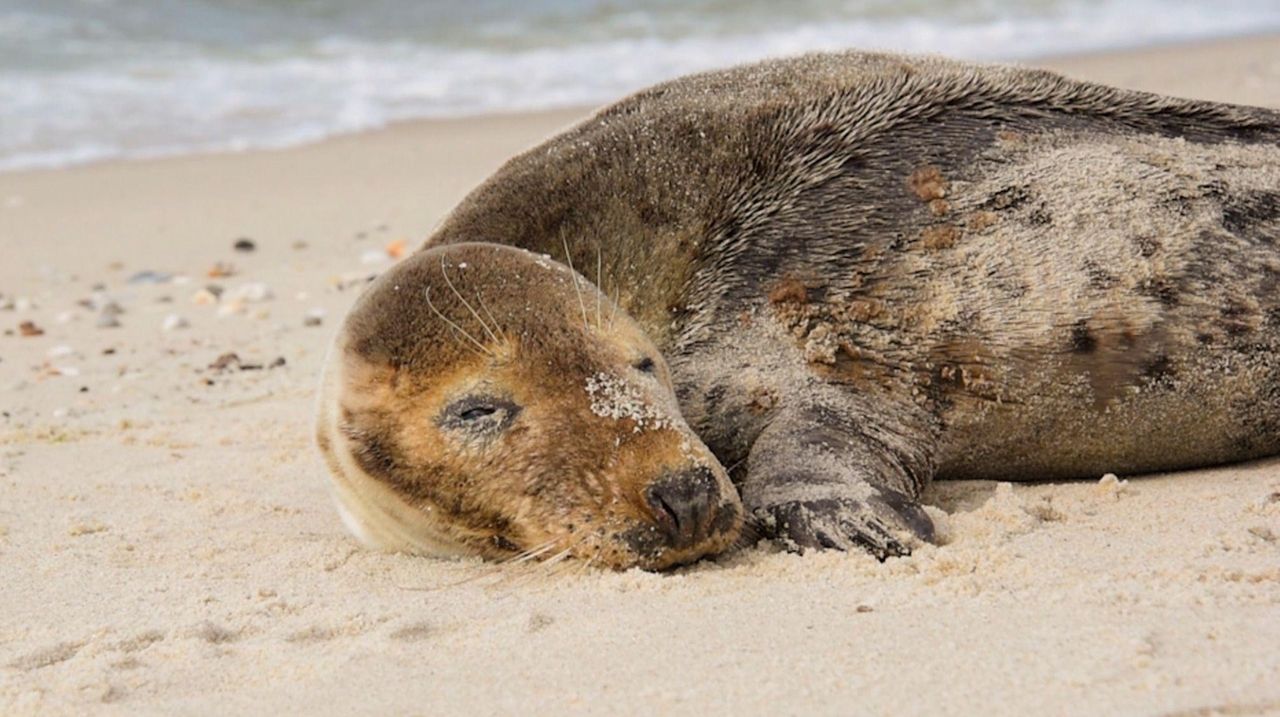 An emaciated seal pup was found at Smith Point Beach Monday, April 17, 2017, officials said.  The seal was described as "very lethargic and emaciated," and was moved to the Riverhead Foundation facilities for treatment by a veterinarian. Credit: Thomas J. Lambui

A crew from the Riverhead Foundation arrived at Smith Point Beach around 11 a.m. to assess the gray seal, which is between 3 and 4 months old, according to Chuck Bowman, the organization’s president.

The seal, which Bowman described as “very lethargic and emaciated,” was moved to the foundation’s facilities for treatment by a veterinarian.

“We’ll have a veterinarian take a look at it and we’ll see what we can do from there,” Bowman said.

He said it’s common for stranded or injured seals to appear on Long Island’s shores in the spring and that the seal population in the region is “expanding significantly.”

He also urged the public not to approach injured seals and to contact the Riverhead Foundation.

“Remain 150 feet back from the animal,” Bowman said. “Sometimes humans trying to help can cause a lot more stress to the animal and can do more harm than good.”