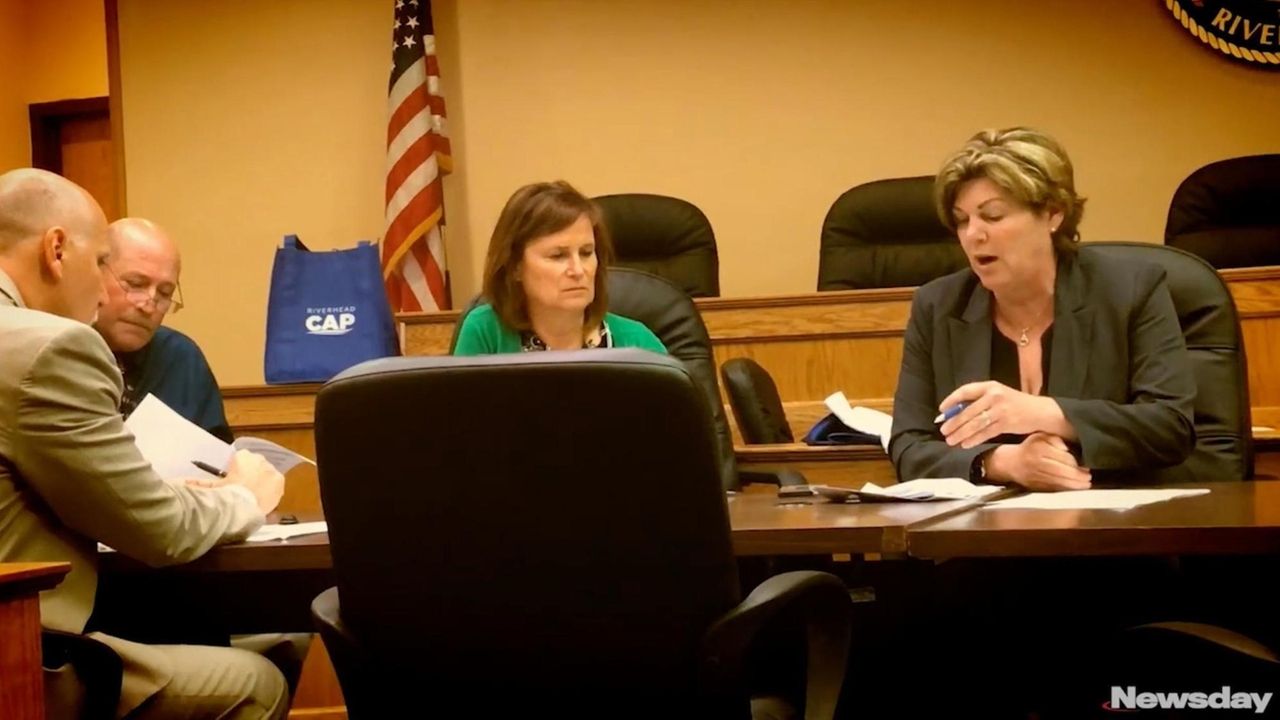 The Riverhead Town Board debated Thursday whether they had to see certain financial documents they'd requested from the backers of a $40 million land deal before deciding  to sell 1,600 acres of land at the Enterprise Park at Calverton to venture group Calverton Aviation and Technology — a joint venture between Luminati Aerospace and Triple Five Real Estate I LLC. Credit: Newsday / Jean-Paul Salamanca

The Riverhead Town Board remains split on whether to require the backers of a $40 million land deal for the Enterprise Park at Calverton to submit certain financial documents that could make or break the deal.

The board, which met Thursday, is waiting for an town Ethics Board ruling relating to the proposal before voting on whether to greenlight the plan from Calverton Aviation and Technology — a joint venture between Luminati Aerospace and Triple Five Real Estate I LLC — to convert more than 1,600 acres at EPCAL into space suitable to expand Luminati’s current operations there.

“We’ve given information to basically prove and demonstrate our ability to move forward on this project, but we’re not going to be giving [such personal financial] information,” Stuart Bienenstock, director of business development for Triple Five Group, the majority partner in the joint venture, said after the meeting. “We would love to give it to [the board] in private, but we don’t trust that it would stay in private hands.”

Riverhead Supervisor Laura Jens-Smith pointed out that the board passed a resolution last June 6 requiring Luminati Aerospace to provide the information to the town, but told the board it could proceed without the documents, adding that board members should put forward a separate resolution stating that. However, Councilman Jim Wooten disagreed that a separate vote is needed, and Councilwoman Jodi Giglio added that the board already received an opinion from outside legal counsel that stated a separate resolution was not necessary.

During the meeting, Triple Five chairman Nader Ghermezian was denied permission to speak regarding some of the documents, prompting a tense exchange after the meeting between him and Jens-Smith.

“This is dirty, this is politics,” Ghermezian said. “[Rothaar] gives you the wrong information, I said ‘Let me clarify’ and you said ‘no’? Why? Why don’t you want me to clear it? What is in your mind?”

Jens-Smith replied, “We’ve asked you many times to clarify. Speak to your attorney, you’ll see.”