This story was reported by Nicole Fuller, Michael O’Keeffe and David Olson. It was written by Fuller.

The collective grief over the death of Evelyn Rodriguez permeated the Brentwood community Sunday, with church sermons and a growing sidewalk memorial recalling the strength and determination of a mother who took on the role of anti-gang violence activist after the brutal killing of her teenage daughter.

Parishioners at St. Anne Roman Catholic Church in Brentwood — where Rodriguez's funeral Mass is to be offered Friday and where her slain daughter's funeral was held two years earlier — mourned the loss of a key community figure.

Rodriguez “died because she sought justice, not justice for her own daughter — her daughter died two years ago — but now she sought justice for our children, for our young people, so that we are more attentive to them," said the Rev. Stanislaw Wadowski during Sunday morning's Spanish-language Mass. "So maybe this death has a meaning for all of us."

Wadowski urged parishioners to support the family in its grief, even if they can’t comprehend why Rodriguez died. 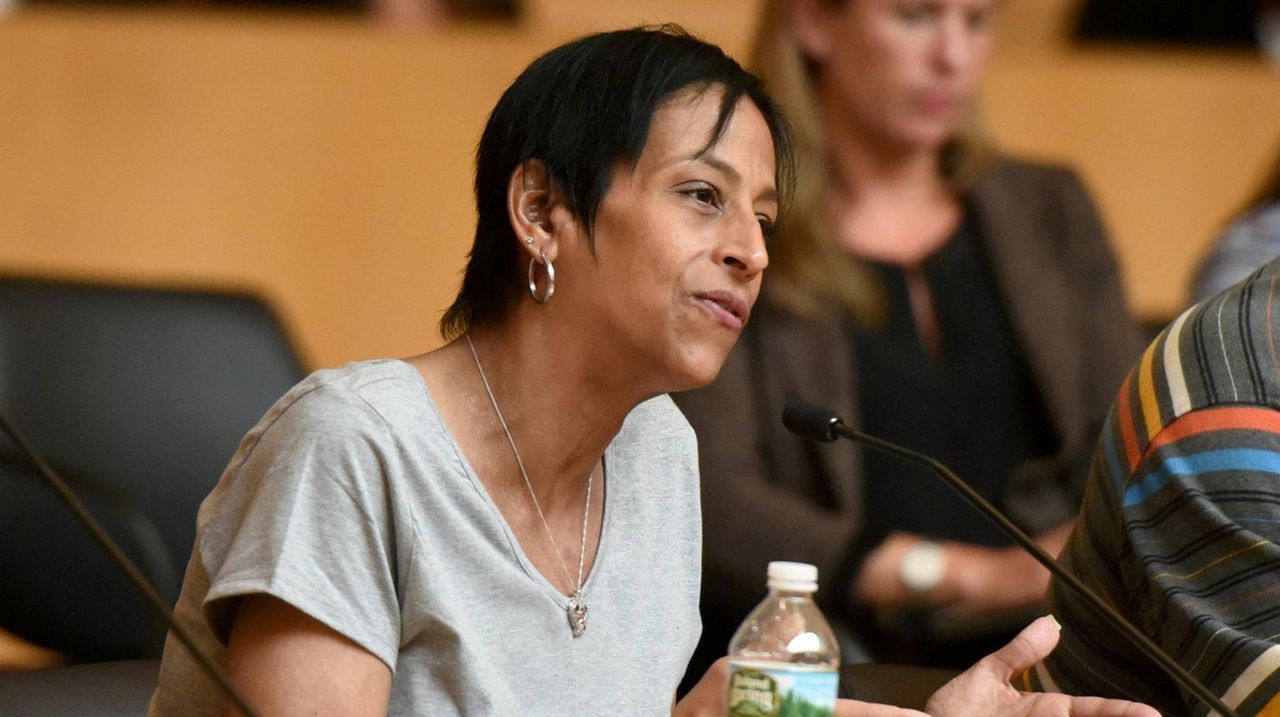 Murder victim's mother struck, killed near planned vigil site Evelyn Rodriguez, who became a national voice against MS-13 gang violence after her teenage daughter was beaten to death in 2016, was fatally struck by an SUV Friday in Brentwood following a dispute with the driver over the placement of a memorial to her child. Credit: News 12 Long Island; Newsday / Jeffrey Basinger

Rodriguez, 50, was fatally struck by an SUV in Brentwood Friday afternoon before a scheduled vigil to mark the two-year anniversary of the discovery of the body of her daughter Kayla Cuevas, 16.

Cuevas and her friend Nisa Mickens, 15, were fatally beaten with bats and machetes, allegedly by MS-13 gang members. The killings of the teens captured the attention of President Donald Trump and cast a national spotlight on Long Island’s gang scourge.

The SUV driver, who police have not named, was identified as a relative of a resident of Ray Court. Police said Rodriguez was involved in a "dispute" with the driver over the placement of a memorial to her daughter and Mickens, and was struck as the driver attempted to leave the scene. No charges have been filed.

A more permanent memorial — to Rodriguez and her daughter — has been painted onto the sidewalk: a large green square with gold lettering that reads, "R.I.P  Kayla and Evelyn," above a heart broken into two. Flowers, candles and balloons surround it.

Brentwood resident Tiki Rodriguez, who is not related to Evelyn Rodriguez, lit a candle at the memorial site for a woman she knew from the community and considered "like a mom." 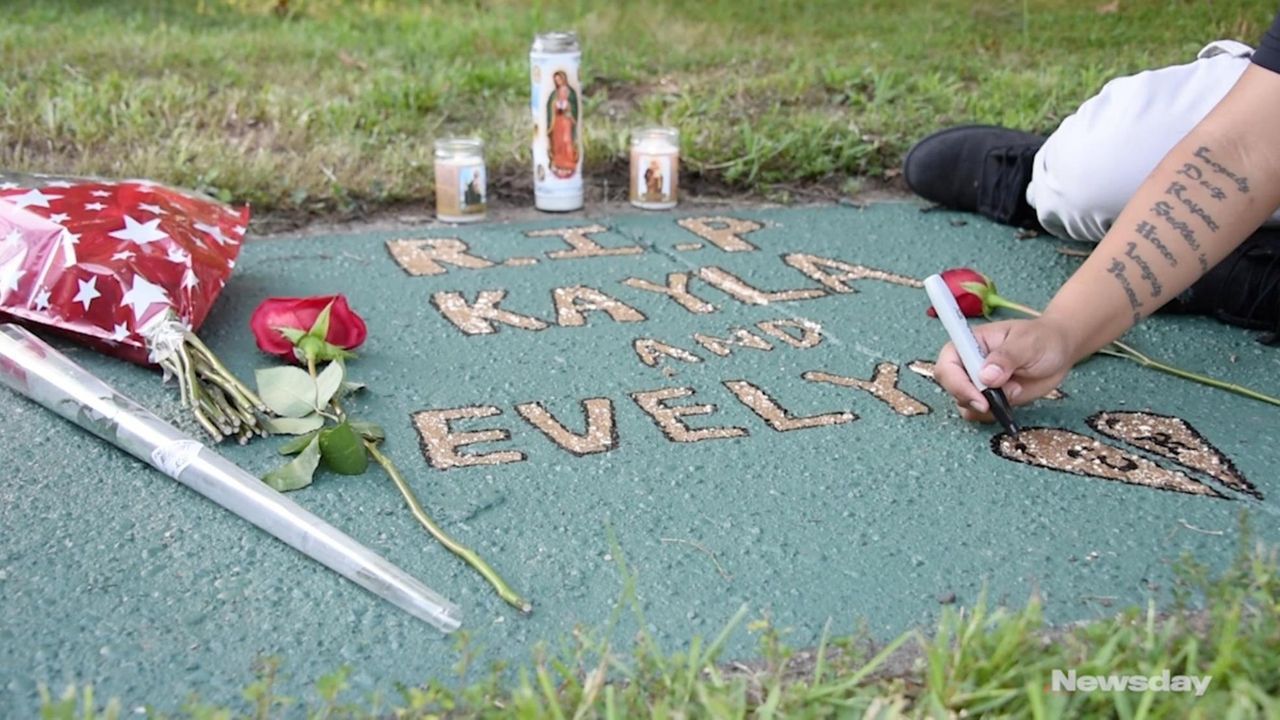 Freddy Cuevas publicly speaks about incident Freddy Cuevas spoke to reporters Saturday about how he's feeling since the sudden loss of Evelyn Rodriguez on Friday afternoon in Brentwood. Cuevas and Rodriguez are the parents of murder victim Kayla Cuevas.  Credit: Danielle Silverman

Costello, who raised three children in the neighborhood including a daughter who's a teacher in the Brentwood school district, knew of Rodriguez's anti-gang effort and "thought it was fantastic," he said.

"I’ve been in this neighborhood for over 45 years and it made a big change," Costello said.

Sessions offers condolences to Rodriguez's familyThe attorney general had previously met with Evelyn Rodriguez when he visited Central Islip in April 2017 and vowed to "demolish" the MS-13 street gang following the killing of Rodriguez's daughter Kayla Cuevas. Police probe circumstances of Rodriguez's deathThe Brentwood mother turned anti-gang violence was killed two hours before a vigil to mark the second anniversary of the killing of her teen daughter allegedly at the hands of MS-13. LIers mourn Evelyn Rodriguez: 'Our warrior's gone'Evelyn Rodriguez, who died Friday, is remembered for turning personal tragedy into community advocacy. Parents of slain girls comforted by TrumpPresident Trump's mention of two Brentwood teenage girls allegedly killed by the notorious MS-13 gang brought their parents to tears during the State of the Union address.