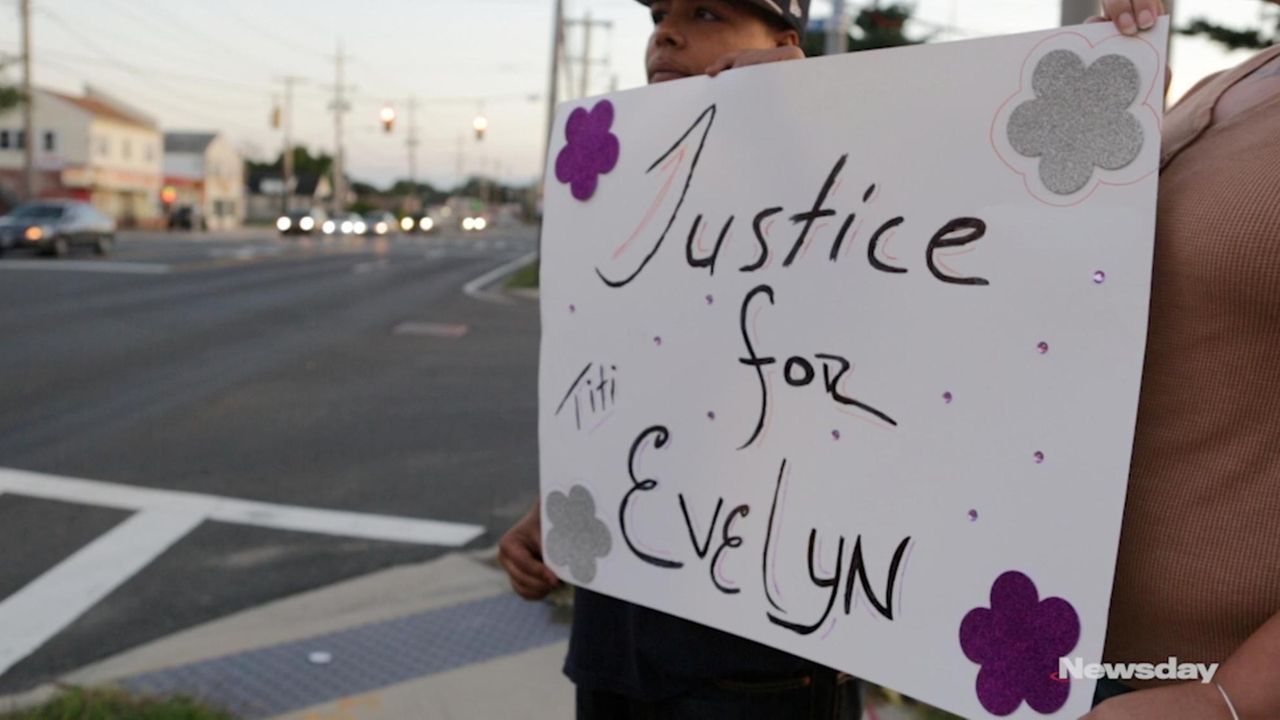 Friends and relatives of Evelyn Rodriguez, the Brentwood woman struck and killed near a memorial for her slain daughter, expressed frustration to Suffolk police Wednesday night about what they said was a lack of information released on the anti-gang activist’s death.

“The community feels like it is being left out,” Noel Vega, a friend of Rodriguez’s family, said at a standing-room-only meeting at the Third Precinct in Bay Shore. “We feel like we are being ignored. …Every time we try to get answers we get shot down.”

Suffolk police Inspector John Rowan, the precinct commander, said he could not comment on the investigation, which is being conducted out of the department’s headquarters in Yaphank.

“Just trust the process,” Rowan told the 75 or so people who packed into a basement room for the monthly meeting. “I am confident the family will be notified when a decision is made.”

Rodriguez’s family and friends have demanded criminal charges against the motorist who fatally struck Rodriguez, 50, after a Sept. 14 dispute with the driver on Ray Court in Brentwood.

The crash took place near a memorial set up to mark two years since Rodriguez’s 16-year-old daughter Kayla Cuevas and her friend Nisa Mickens, 15, were allegedly killed by members of MS-13.

Kayla’s father Freddy Cuevas, wearing a hoodie that said “I love you Evelyn” on the back, said before the meeting that he was frustrated police have not released information about the investigation, or publicly identified the woman involved in the crash.

“It is a little frustrating but they are doing their job accordingly,” Cuevas said. “I’m taking it one day at a time.”

The deaths of Kayla and Nisa transformed Rodriguez and Elizabeth Alvarado, Nisa’s mother, into activists determined to protect other children.

The killings and the grieving mothers' responses also thrust Brentwood into the national conversation on gang violence. The women, Cuevas and Rob Mickens, Nisa’s father, were White House guests at President Donald Trump’s State of the Union address in January and met with Attorney General Jeff Sessions.

Rodriguez, friends and supporters said, became a tireless advocate who pushed government officials at all levels to fund anti-gang and after-school programs in Brentwood, Central Islip and other at-risk Suffolk communities.

The tone of the Wednesday night meeting was mostly civil but grew tense at times.

Rodriguez’s daughter Kelsey said she had been handcuffed, questioned and put in the back of a police car by a cop while visiting a memorial for Kayla this summer. She said she was eventually released and Suffolk police apologized. Rowan listened silently as Kelsey told her story.

Barbara Medina, another family friend, called Rodriguez an effective advocate for Brentwood children because she knew how to deal respectfully with police.

“We have to respect the process,” Medina said. “Evelyn worked humbly with the cops. This is going to take a little time.”

Vigil for Rodriguez seeks 'justice' for her deathAuthorities say the investigation into Rodriguez's death is continuing. Evelyn Rodriguez eulogized as 'warrior' at funeralEvelyn Rodriguez was remembered Friday as a tireless and relentless warrior who "turned pain into ...