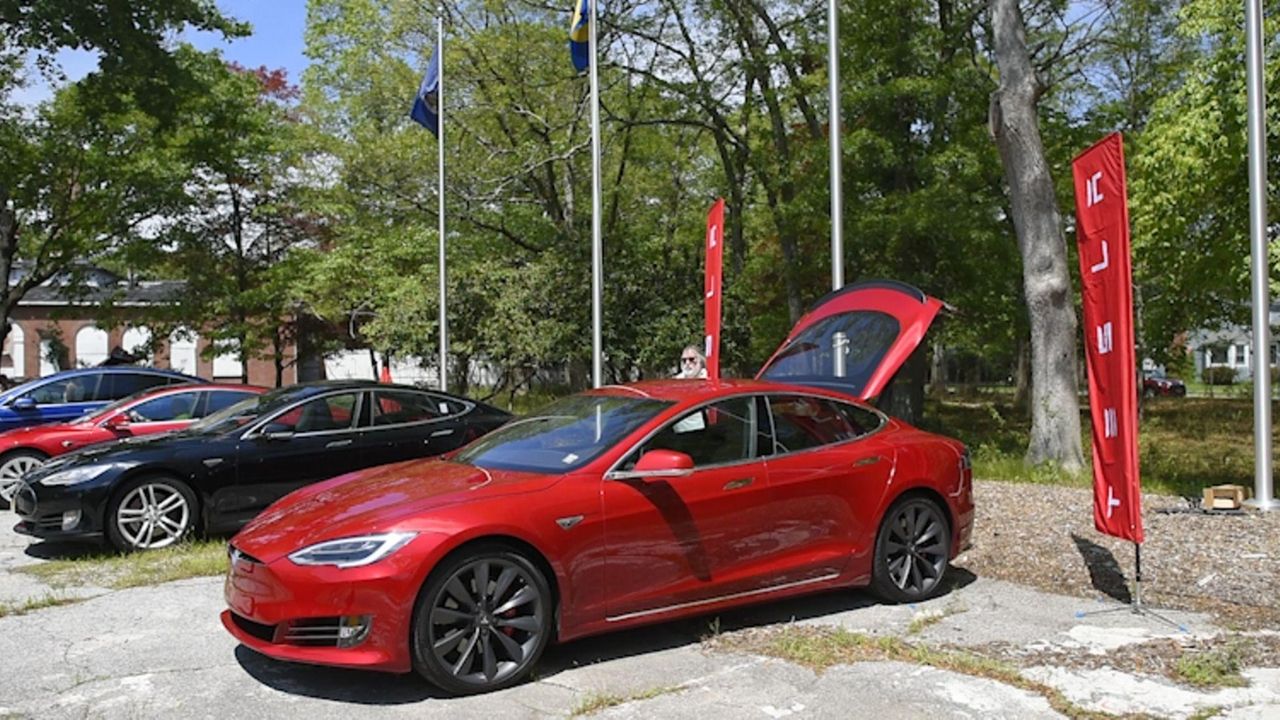 On Saturday, July 8, 2017, more than 500 people celebrated inventor Nikola Tesla's 161st birthday outside his former laboratory in Shoreham, now the Tesla Science Center at Wardenclyffe, with Tesla-related exhibits and activities. It was the fourth annual birthday party at the center, site of a future museum honoring Tesla. His actual birthday is Monday. He died in 1943. Credit: Johnny Milano

Say “Tesla” and most people automatically think of the Silicon Valley-based manufacturer of electric cars.

But Tesla the company was named after the late Nikola Tesla, who is credited with inventing, predicting or contributing to the development of alternating current, which is the basis of the modern electrical system, the electric motor, radio, smartphones, fluorescent lights, robotics and other staples of modern life.

On Saturday, more than 500 people celebrated his 161st birthday outside Tesla’s former laboratory in Shoreham, now the Tesla Science Center at Wardenclyffe, with Tesla-related exhibits and activities. It’s the fourth annual birthday party at the center, site of a future museum honoring Tesla. His actual birthday is Monday. He died in 1943.

“He has had an enormous impact on the world, but people don’t recognize his name, other than the car,” said Jane Alcorn, president of the center’s board. “It’s important we educate people and remind them.”

At one table, Steven Matza was touching a bulb to a copper coil — based on “Tesla’s coil,” which Tesla invented — and watching as the 8,000 volts energized neon gas inside, causing an orange glow. The coil — which has two smaller coils inside it — transmits the magnetic energy through the air, the basis of wireless transmission, Matza said.

Matza is president of Consolidated Aircraft Supply Co. in Ronkonkoma, which repairs accessories and components of corporate jets, including the type of alternating-current generator that Tesla invented.

“Tesla puts food in my mouth,” said Matza, who was sporting a brown Nikola Tesla T-shirt.

Chris Pinkenburg, a physicist at Brookhaven National Laboratory, was demonstrating a student-built robot that operates on remote control, a concept that Tesla pioneered.

Tesla may just be the name of a car to some people, but “in physics, Tesla is an absolute celebrity,” he said. “We named a magnetic field unit after him. All magnetic fields are measured in teslas . . . He was so way ahead of his time. It’s amazing.”

Vincent Dineen, 33, of Islip Terrace, discovered who Tesla was while watching a PBS documentary a few years ago, and only learned several days ago that he had frequently driven past Tesla’s old Shoreham lab.

“It’s not just electricity,” he said of Tesla’s achievements, as his 5-year-old son, Connor, stood next to him. “It’s radios, radio-controlled cars, generating plants on Niagara Falls. It’s a good story, especially because” much of Tesla’s research happened on Long Island.