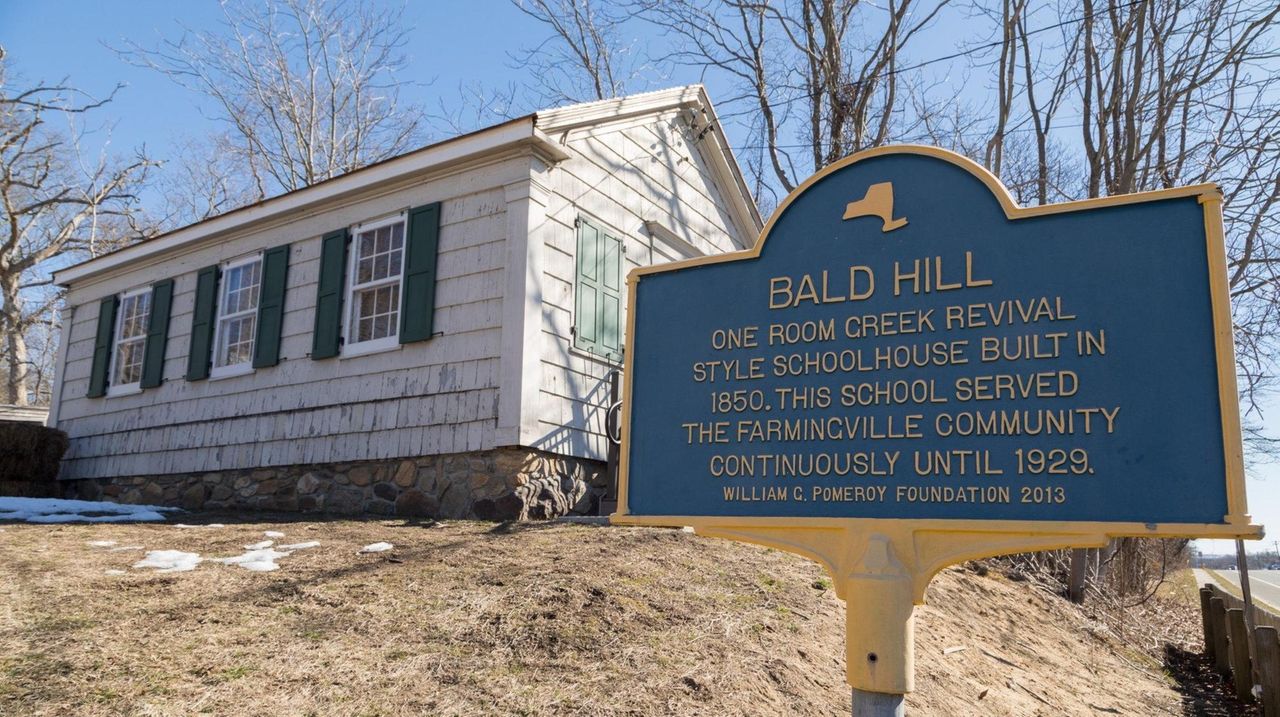 The Farmingville Historical Society is asking the public to see who can unravel how Aris Smith, believed to have been a resident of the hamlet, lived, and how she died at 20, on July 5, 1873. The competition carries with it a $100 prize. Here is Newsday's Steve Langford with the report. Credit: Barry Sloan; Photo Credit: Farmingville Historical Society

Aris Smith, believed to be a 19th century Farmingville resident who died under unexplained circumstances, has been the subject of rumored ghost sightings in the hamlet over the years — and now, she's front and center in a mystery contest sponsored by the local historical society.

The Farmingville Historical Society is asking the public to see who can unravel how Smith lived and how she died at 20, on July 5, 1873.

The competition, with a $100 prize, arose after a 1964 newspaper article depicting Aris' life and the rumored sighting of her ghost was found among documents donated to the society, explained Jennifer Ross, a society board member.

Here's how that article described the supposed apparition: "Mary said that her form could be seen, riding about the hills on the horse, holding a baby but then every respectable farm had a ghost."

After her early research hit a few brick walls, Ross said she thought: "Why not put it out to the people in the community, get people involved." That seemed like an especially good idea during the pandemic, she said, when at least some individuals stuck at home might relish a challenge.

Interest in the contest was so keen that the society reopened it and will hold a second Zoom presentation on March 1 to inform contestants what is known now — and where they may wish to hunt for answers.

The prize for the Feb. 10-March 31 contest may only be $100 but whoever wins will have solved what initially looks like an impossible mystery. Whoever comes closest to finding the answers will be deemed the winner, Ross said.

One problem, of course, is the last name Smith, which is so common that record searches turn up countless people.

Aris Smith apparently does not appear in Suffolk census records; nor does her mother, Hannah, or father, Eliphelet, though some of his apparent relatives do. In some historical documents it was customary to double the surname so the subject of the contest may be listed as Arismith Smith.

"I can’t say much about my research yet, but it’s exciting, it’s a ghost story in my town that we’re trying to solve," said contestant Vasilis Kefalinos, 39, a co-chair of the Farmingville Residents Association.

He hopes to enlist high schoolers to help him examine the mystery. "We thought it would be a great idea, a great project for them to get involved in," he said.

The newspaper article presents what likely is the most coherent account of Aris’ life, though the name of whatever outlet published it does not appear on the clipping.

In 1829, Eliphelet Smith’s father deeded most of their land to one son, Phineas; Aris’ father, who was either another son of Phineas or his son-in-law, instead got a life tenancy in a much smaller tract, the article said.

"His father pretty much snubbed him from his inheritance, and I think that took a toll on him, and he mistreated his children," Kefalinos said.

One day, the article said, Aris arrived "bare-footed and half-starved" at her neighbors, the Terry family, who took her in for a few days, until her father brought her home.

Supposedly, Aris at some point quit the farm for "the City," an apparent reference to New York City, only to later return home in the spring, unhappy and ill, the article says.

She died; her father buried her next to her horse, which also had just died, planting a lilac bush at her head and a rose bush at her feet, "remarking that she wasn't fit to be buried in a cemetery with decent folk," the article said.

Possibly, said Ross, the Terry family might have some of the answers, if, for example, the heirs of Sidney Terry, who was Aris' friend, and Sidney's daughter, Mary, have any letters or diaries.

Find more information on the Farmingville mystery challenge at farmingvillehistoricalsociety.org.

What is known about Aris Smith, who evidently lived in on a Farmingville farm and died at just 20 in 1873, is fragmentary.

Some of the documents analyzed by the Farmingville Historical Society conflict.