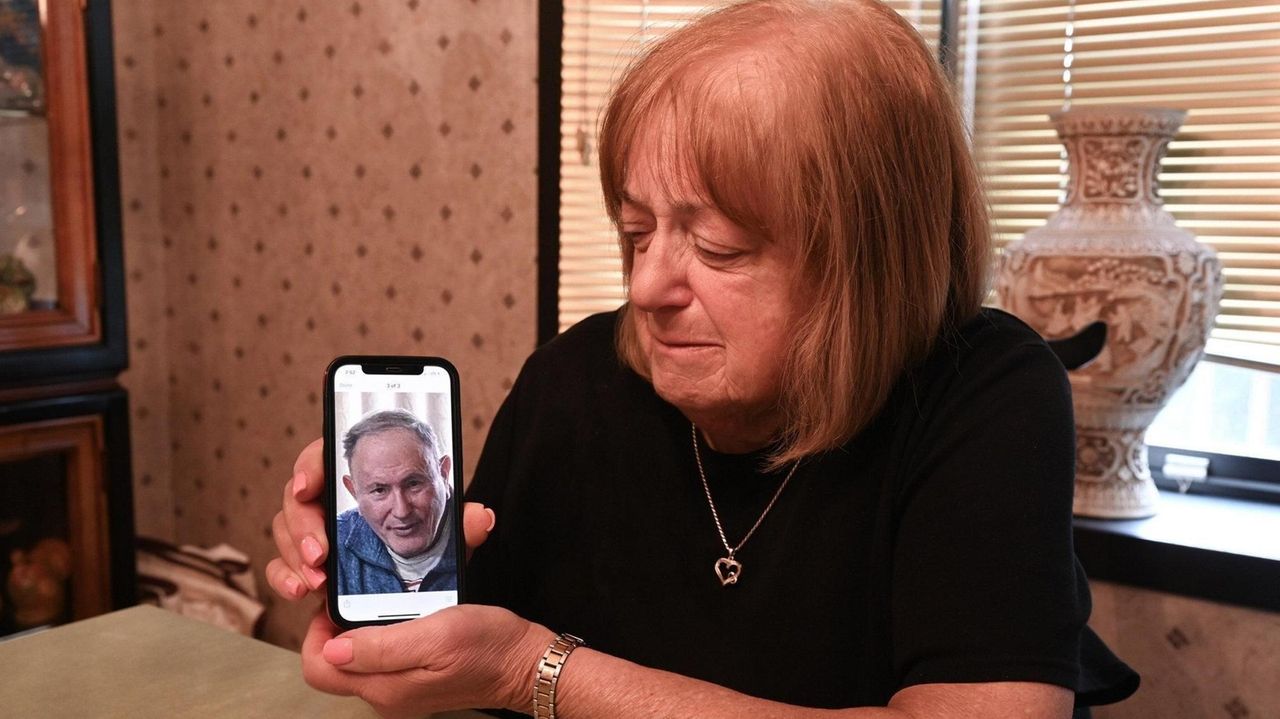 State police on Tuesday said they are searching for at least three suspects who fled the scene of a crash Monday on the Southern State Parkway in North Babylon that killed a Holbrook father of three, Richard A. Riggs. Riggs' family spoke about their loss. Credit: Newsday

State police searched Tuesday for two drivers involved in a Southern State Parkway crash the day before that killed a Holbrook father of three and left his family shattered by the stunning loss, hoping they'll get justice for a man who was "the life of everybody."

On Monday afternoon near Exit 38 in North Babylon, Richard A. Riggs, a 75-year-old auto parts salesperson and grandfather to four, was driving east on the busy-but-moving parkway, his wife, Carol, and daughter Samantha unknowingly close behind in another car.

A stolen Range Rover in tandem with another SUV, both "operating erratically," then attempted to pass between Riggs and a sedan, state police said.

Riggs lost control of his Mitsubushi Outlander in the ensuing collision. It flipped and came to a stop on the right shoulder, police said. The crash slowed traffic, including for Riggs' daughter and wife, who were picking up the couple's grandson.

In an interview with Newsday at the Riggs' home on Tuesday, Carol Riggs said that as their car inched closer to the scene, they recognized the letters and numbers of her husband's license plate on his silver SUV.

Her daughter said: "Oh my God, that’s Daddy in the car."

She and her daughter were unable to stop on the parkway and kept driving, Riggs said.

"We couldn't do anything," she said.

When asked Tuesday what a life lived with her husband meant, Riggs kept it simple.

"Fifty-two years married says it all," she said, a framed recent picture of her husband nearby. "He was a good guy. There will never be another Richard. … This is totally senseless."

At a news conference outside State Police Troop L in East Farmingdale, Capt. Christopher Casale called the incident a "senseless tragedy. The suspects that we're looking for drove recklessly, causing the death of Mr. Riggs."

"What these individuals were doing, driving in between two vehicles, is not something that we normally see," Casale said. "Obviously, people do speed on the highways and parkways, but this was excessive."

The crash occurred about 3:15 p.m. as Riggs and the other vehicles traveled east, police said.

After the two SUVs passed, the Range Rover lost control and the other vehicle, a white Jeep Cherokee, pulled over. The Range Rover, which was later determined to be stolen July 5 from a home in Garden City, left the parkway after the crash and continued into a tree line. The sedan, a Toyota Prius, hit a concrete barrier.

The Cherokee stopped and the Range Rover driver and another occupant climbed in. The SUV drove away, police said.

No other information about the occupants of the vehicles was released, including the speed at the time of the crash or whether anyone in either SUV or the Prius were injured.

Christopher Agerenza, Richard Riggs' son-in-law, got a call from his mother-in-law and was at the scene soon after.

"The car was totally wrecked," he said. "I still think it’s not real. It’s not real right now. … He was the life of everybody in our family."

Agerenza described the family he joined as "like the Brady Bunch." Of his father-in-law, Agerenza said: "He was the backbone."

A slight flash of anger crossed Agerenza's face as he thought about the people still out there who police believe caused the crash. He said the family wants justice for what they've lost.

"We lost the best thing in our lives," he said.

State Police are looking for surveillance videos and are asking any witnesses to call 631-756-3300.

With James Carbone and Robert Brodsky